Six sentenced to death for murder of Kevin Morais 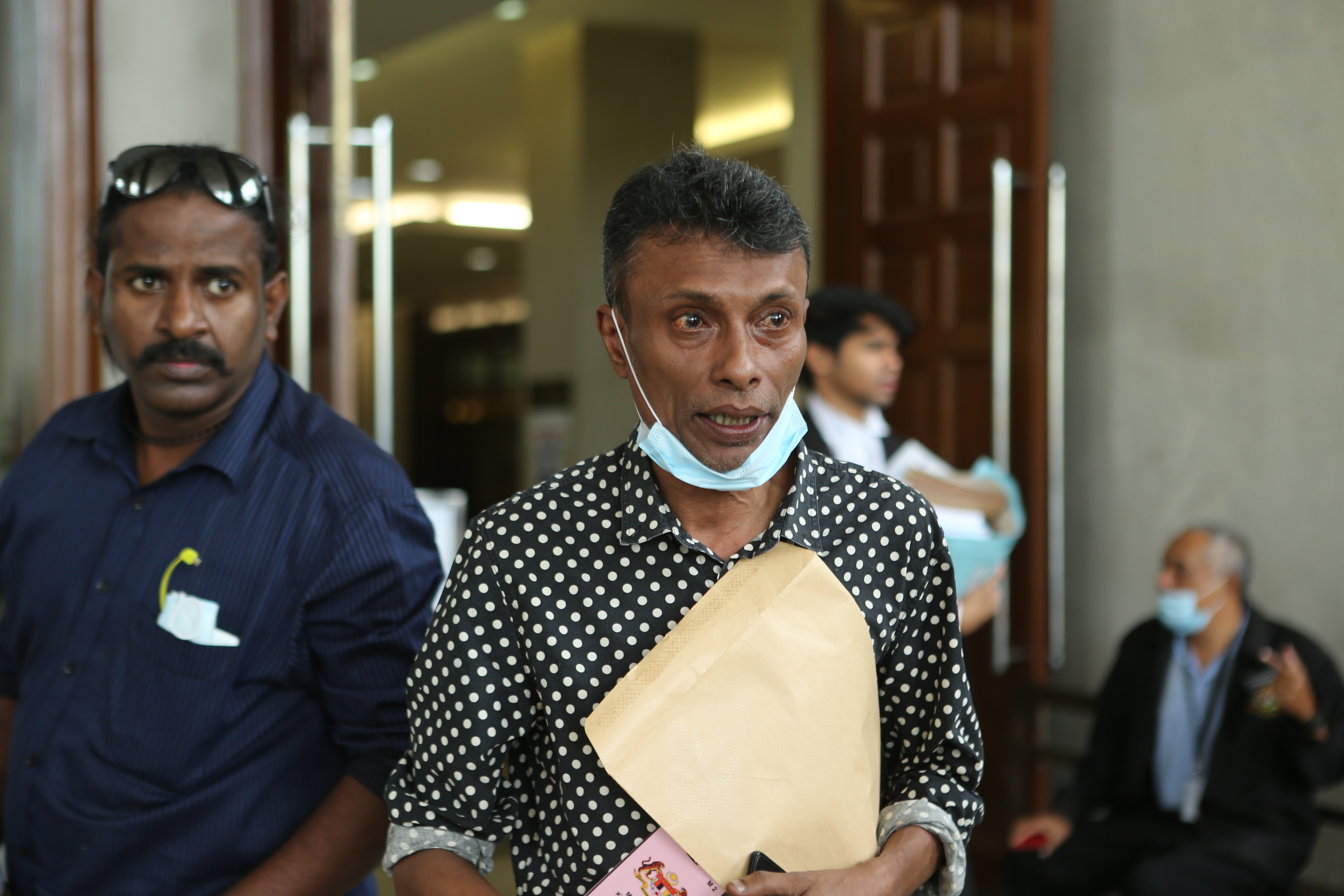 They were accused of murdering Morais somewhere along Jalan Dutamas Raya Sentul and No 1, Jalan USJ 1/6D, Subang Jaya, at between 7am and 8pm on Sept 4, 2015.

A total of 70 prosecution witnesses and eight defence witnesses, including the six accused, had been called to testify in the trial, which began on April 6, 2016 and spanned almost four years.

All the accused were ordered to enter their defence on Jan 18, 2018.

Azman added that the defence in the case had failed to raise any reasonable doubt as to the six men’s involvement in the murder.

All are accused of murdering Morais somewhere along Jalan Dutamas Raya Sentul and No 1, Jalan USJ 1/6D, Subang Jaya, at between 7am and 8pm on Sept 4, 2015.

Lawyer Datuk N Sivananthan was acting on behalf of Kunaseegaran while Datuk A Sheelan represented the other five convicted men.

Meanwhile, reading a statement to reporters after the verdict, the youngest brother of Kevin, Datuk Richard Morais, said that the sentence will not change the fact that he had lost his brother.

“This will not change the fact that we lost Kevin, a fantastic and dedicated DPP, a loving and caring brother, a supportive and loyal friend,” he said.

“I hope this will give us closure knowing these criminals will pay for their crimes and will never be allowed to rejoin society again,” he said.

Richard also thanked the prosecutors who fought for justice for Kevin.

He was last seen leaving his apartment at Menara Duta in a Proton Perdana car bearing registration number WA6264Q.

His remains were found in a cemented drum at Persiaran Subang Mewah, Subang Jaya, on Sept 16, 2015.

There were initially seven accused individuals in the trial; however, G. Gunasekaran was discharged and acquitted in 2016 after the prosecution had applied to withdraw the charge against him.

The Sessions Court sentenced Gunasekaran to two years in jail effective from the date of his arrest on September 15, 2015 after he pleaded guilty to concealing Kevin Morais' body and disposing of the plate number of the deceased's car.

The prosecution had set out to prove that Kevin’s death was fuelled by revenge when he was the prosecuting officer in the corruption case of Kunaseegaran.

The prosecution said that all the accused, with the exception of the doctor, had gathered at the Syed Bistro restaurant in Petaling Jaya, before moving out to Jalan Dutamas and waiting to tail Kevin from his house.

Evidence was adduced to show that Kevin’s car was rammed by a Mitsubishi Triton shortly after leaving his house. He was bundled out of the car, stuffed into a plastic sack and placed in the Mitsubishi's boot.

Kevin was later placed in an oil drum overnight, in front of a stall belonging to Gunasekaran at No 1, Jalan USJ 1/6, Subang.

Using a forklift, the accused dumped the drum containing Kevin into a swamp not far from the stall.