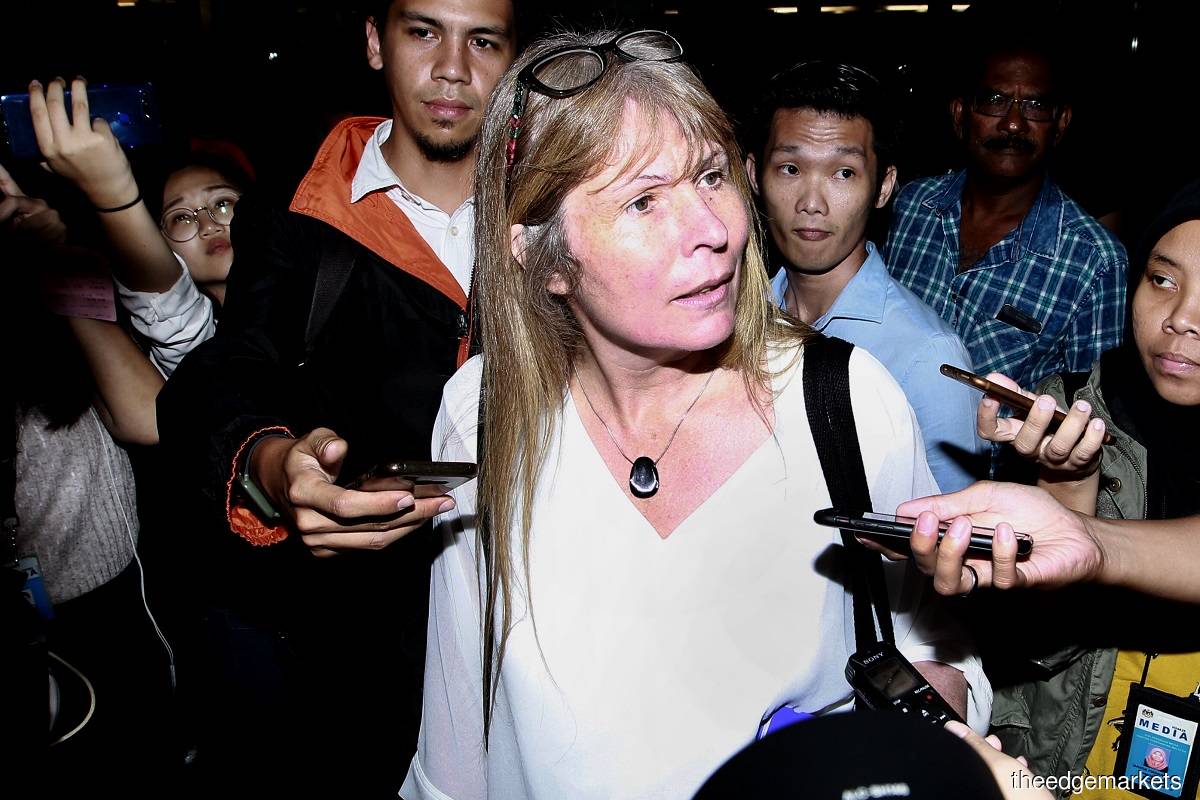 Rewcastle-Brown (centre) was supposed to appear in court today. (The Edge file photo)

KUALA TERENGGANU (Sept 23): The Magistrate’s Court here today issued a warrant of arrest for Sarawak Report editor Clare Rewcastle-Brown after she failed to be in court to face a charge with defaming the Sultanah of Terengganu, Sultanah Nur Zahirah.

Magistrate Nordiana Abd Aziz issued the warrant following an application by the prosecution.

The court then set Nov 23 for mention.

Rewcastle-Brown was supposed to appear in court today to face a charge under Section 500 of the Penal Code for making a disparaging statement about Sultanah Nur Zahirah in her book titled The Sarawak Report — The Inside Story of the 1MDB Expose.

Sultanah Nur Zahirah, who filed the suit on Nov 21, 2018, claimed that the disparaging statement by Rewcastle-Brown could be taken to mean that she was involved in corrupt practices and interfered in Terengganu's administration besides using her status to influence the establishment of Terengganu Investment Authority (TIA), which later became 1Malaysia Development Bhd (1MDB).

She claimed that the statement also construed her as having helped fugitive businessman Low Taek Jho or Jho Low to become an adviser to TIA.