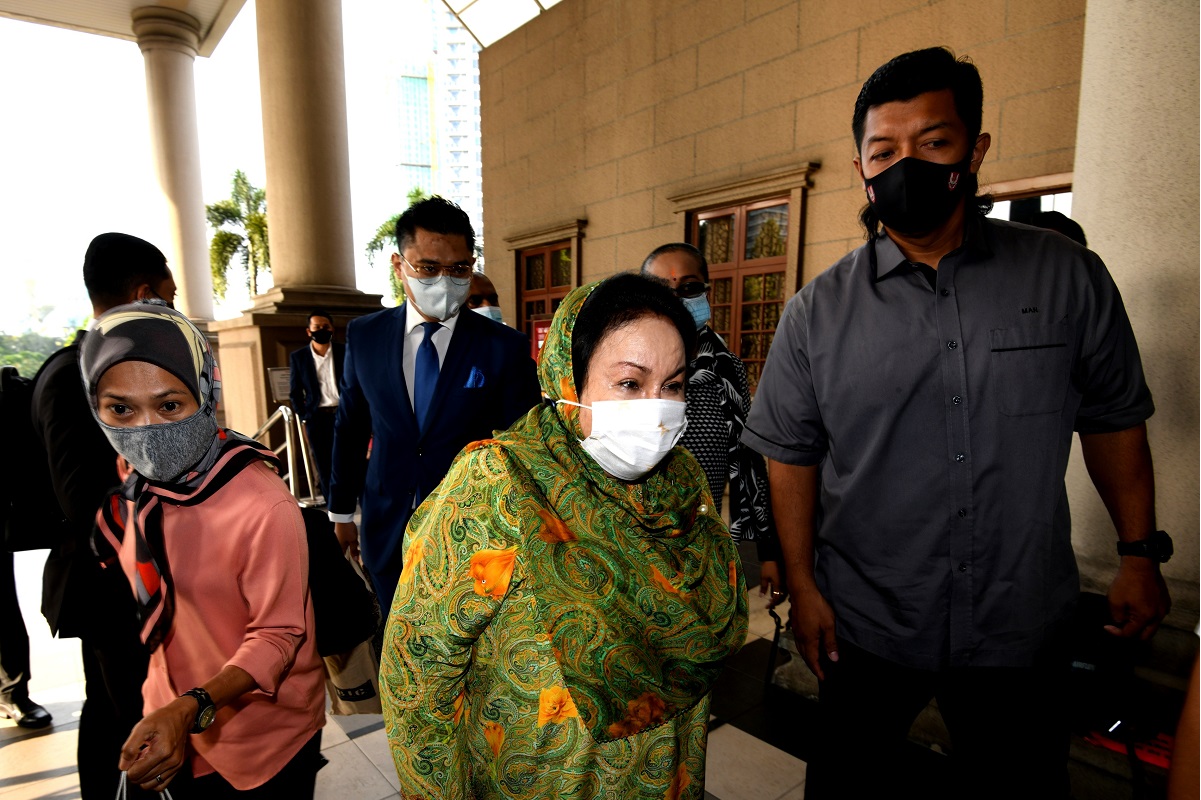 The date has been fixed following case management on Feb 8, before the appellate court's deputy registrar Darmafikri Abu Adam.

This was confirmed by Rosmah's counsel Datuk Jagjit Singh to theedgemarkets.com.

It was reported on Aug 19 that High Court judge Justice Mohamed Zaini Mazlan dismissed Rosmah's bid to remove Sri Ram and questioned his appointment in prosecuting her.

In Justice Zaini's grounds, he said Rosmah in her application did not give any justification in seeking the production of Sri Ram's fiat or letter of appointment.

“More importantly, the applicant had not given any basis to contend that she has the right in law to demand for a copy of the letter of appointment. The court could not act on a lacuna. There must be cogent reasons for every application. There seems to be none here,” the judge said.

He added that Sri Ram had appeared and led the prosecution team from the outset, appeared on numerous occasions in the trial, and his presence and conduct in the case is public knowledge.

“The applicant and her team of able counsels had never once taken issue with [Sri Ram’s] presence until now. It is far too late in the day for the applicant to now seek evidence of [his] appointment.

“I would further add that the appointment of [Sri Ram] must be deemed to have been made legitimately by the attorney-general unless there is compelling evidence to the contrary,” Justice Zaini ruled.

Rosmah had questioned Sri Ram's role as a senior DPP in her case, claiming that he was previously appointed by the attorney-general to only handle 1Malaysia Development Bhd (1MDB)-related cases.

Her lawyer Jagjit had submitted that there was no press announcement on Sri Ram’s appointment to lead the prosecution in Rosmah’s case, and that she had serious concerns over the possibility of abuse of power in the appointment.

She is also facing two counts of receiving a total of RM6.5 million from Saidi, ie receiving RM5 million and another RM1.5 million at her homes in Seri Perdana, Putrajaya as well as Langgak Duta here, between December 2016 and September 2017

Justice Zaini will deliver his decision on Thursday (Feb 18) on whether to call her to enter into defence or to acquit her.

Read also:
Rosmah fails in bid to remove Sri Ram as prosecutor in her graft trial
Feb 18 decision on whether Rosmah will enter defence in graft trial