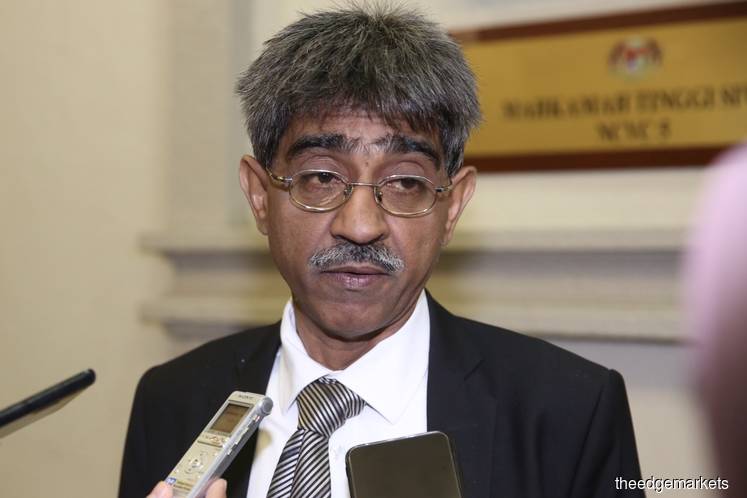 The lawyer said various allegations were made in Hamid Sultan's affidavit dated Feb 14, supporting lawyer Sangeet Kaur Deo's application against the Chief Justice (CJ) to declare that the latter had failed to defend the judiciary after the judge had revealed alleged interference in her late father Karpal Singh's sedition case last year.

The affidavit also forms the basis for the government in its decision to form a Royal Commission of Inquiry (RCI) to investigate the interference allegations.

"If the AGC wishes to expunge the affidavit, would it not have an impact on the RCI? On one hand, the AG (Attorney-General) is responsible in assisting the government in the matters relating to the formation of the RCI.

"On the other hand, he's taking the opposite stand to strike out the affidavit, which is the basis of the RCI," Mohamed Haniff (pictured) told reporters after the case management of Sangeet's suit in chambers today before Justice Datuk Mohd Firuz Jaffril.

While the government has announced its intention to form an RCI, the lawyer pointed out that no dates have been set.

The delay in the RCI has affected Sangeet's suit, as she had indicated that she was considering withdrawing her suit against the CJ, depending on several factors, including the developments on the RCI.

"If the applicant wishes to withdraw the action, then why is the AG expunging the affidavit? Why are they so eager to strike out or expunge the affidavit when the action itself may be withdrawn?" asked Mohamed Haniff.