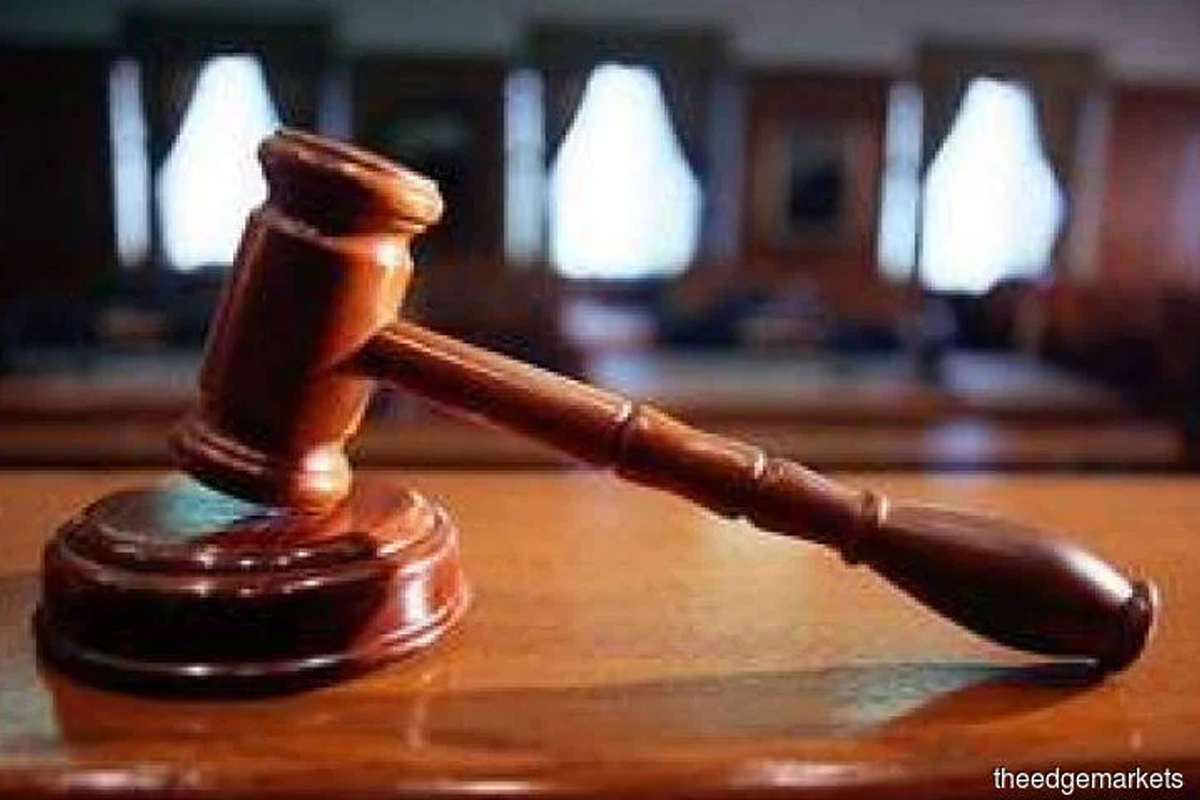 A recent legal challenge in the Kuala Lumpur High Court seeking the return of shares transferred under duress, according to the plaintiffs, has provided a glimpse into the oftentimes unconscionable wheeling and dealing that often takes place in the award of government contracts.

In this particular instance, the suit involved the foreign workers recruitment scheme, where the court declared the transfer of shares by three companies involved in the Foreign Workers Centralised Management System (FWCMS) to Datin Norhana Sharkhan — the wife of Datuk Mohamad Nizam Jakel Mohamad Jakel — in 2017 to be null and void owing to economic duress, coercion (and even blackmail) and unjust enrichment.

In a judgment handed down on Aug 26, Judicial Commissioner (JC) Ong Chee Kwan found that Nizam had acquired the shares (held by his wife) by threatening to interfere with ongoing negotiations and soon-to-be-secured contracts with the Malaysian government by using his close connections and influence with “powerful persons” (in government).

In essence, Nizam had sought to hijack the contracts from the three companies — Bestinet Sdn Bhd, Tass Tech Sdn Bhd and Synerflux Sdn Bhd — just as they were about to ink contracts with the government. Through Norhana, Nizam had taken over 49% of Bestinet’s share capital and 70% of both Tass Tech and Synerflux.

The prime mover and the controlling mind in developing the software platforms, which are designed to assist the Home Ministry in the recruitment of foreign migrant workers by employers in Malaysia, is Datuk Seri Aminul Islam Abdul Nor, a Bangladeshi. He is also a director of JR Resources.

The value of the three entities was estimated at RM1 billion after they were awarded the FWCMS contract by the government in 2017, initially for a period of 15 years but later reduced to six. One of the modules in the contract, the bio-medical module implemented in 2015, requires employers to pay RM100 per foreign worker.

The cause of action undertaken by the plaintiffs in seeking the return of the shares included duress, economic duress, coercion, illegality, failure of consideration, breach of condition precedents, frustration and unjust enrichment.

Nizam counterclaimed following the unilateral termination by the plaintiffs of the said transfer of share agreements in 2018. The counterclaim was dismissed by Ong.

Aminul introduced the recruitment platform to then prime minister Datuk Seri Najib Razak at a business event in Putra World Trade Centre in 2011 and within three years, obtained the go-ahead from the Home Ministry and Immigration Department.

But in late 2014, then home minister Datuk Seri Ahmad Zahid Hamidi’s son-in-law, the late Datuk Syed Alman Zain Syed Alwi, informed Nizam that he was to meet with Aminul on a business proposal with a view to working together as Aminul was a director and shareholder of Bestinet, according to Nizam. “I was told that Bestinet was having difficulty implementing and strategising the project for the Malaysian government,” Nizam testified in court.

In early or mid-2015, Aminul met Nizam at Jakel Mall. Nizam offered himself as a consultant to liaise with the government owing to his good ties with “powerful persons” and senior officials. He demanded RM200 million in consultancy fees.

Afraid that all his work would be in vain, Aminul subsequently agreed to Nizam’s proposal and a Consulting Services Agreement was drawn up in August 2015.

In his judgment, Ong said he tended to believe Aminul when he said his distinct impression from that meeting was that unless he acceded to Nizam’s demand for monetary payment, Bestinet would not be given the agreements with the government even though it had invested considerable time and money in the scheme. “In this regard, it is pertinent to take into account the fact that Nizam had himself not denied that there was a perception (rightly or wrongly) that he was close to Najib and Ahmad Zahid, who was also the home minister at the material time.”

However, Aminul testified that while Nizam attended meetings with the Home Ministry, he (Nizam) did not do enough to warrant the RM200 million, which was not paid out.

Ong noted that there were differing versions between Nizam and Aminul as to how the agreements had come about, but he indicated that he found Aminul’s version to be more credible.

“Nizam claimed that he had attended at least 30 meetings with the Malaysian government to discuss the implementation of the FWCMS scheme. In fact, Nizam was challenged during his cross-examination that many of these meetings were really for his or Jakel’s contracts.

“Suffice it to state that apart from his mere say so, Nizam had not produced any evidence in support of this part of his testimony. ”

Aminul’s companies made some progress between 2015 and 2017, until Nizam threw another spanner into the works by incorporating FWCMS Sdn Bhd, mimicking the name of the scheme, on Aug 30, 2017, with the sole purpose of jeopardising Bestinet’s project.

“In fact, in mid-2017, Nizam raised his game further by incorporating a company bearing the name FWCMS Sdn Bhd. He then showed Amin a letter bearing FWCMS Sdn Bhd’s letterhead with a handwritten notation by the home minister directing that the FWCMS scheme be awarded to this company,” Ong said.

Such a letter was denied by Nizam and the letter was not produced in court. Nevertheless, the court indicated that it was inclined to believe Aminul.

It was at this juncture that Nizam proposed that the earlier consultancy agreement be scrapped and instead for the three companies’ shares to be transferred to Norhana lest the final letter of award by the government be denied to the plaintiff companies.

In his judgment, Ong said, there is no dispute that Nizam had neither expertise nor experience in the IT industry and he was not involved at all in the management or operations of Bestinet, Tass Tech and/or Synerflux. In fact, he was not even keen to nominate any directors to the companie.”

The court noted that at the first meeting in mid-2015, Nizam disclosed his connection with “powerful persons” in the Malaysian government as well as displayed his clout, where he indicated that the letters of intent could only be collected by him. This led Ong to conclude on the balance of probabilities that Nizam was in fact peddling his influence over the Malaysian government as consideration for the agreements signed in October 2017.

“I therefore hold that the agreements [for Nizam to have stakes in the three companies] are void for illegality and against public policy under section 24(e) of the Contracts Act 1950,” said the JC.

While Nizam’s lawyers argued that the 2017 agreements were voluntary, as it would constitute only a small percentage of the anticipated billions that could be generated, this notion was not accepted.

“An extortion of a small percentage from a multibillionaire’s fortune does not make the giving voluntary … Accordingly, it is my judgment that the plaintiffs have successfully established on the balance of probabilities that the agreements were indeed executed under an illegitimate economic pressure, which was the significant cause for them entering into it.

“The effect of the duress had left them with no practical choice or alternatives but to sign. For this reason, I hold that the impugned agreements (October 2017) were indeed voidable,” Ong said in allowing the retransfer of the shares, as it contended unjust enrichment.

The court said it is plain that Nizam had indeed enriched himself at the expense of the trio as they were progressing well on their own merits with their negotiations on the FWCMS with the government. “Nizam, on the other hand, by use of unlawful and illegitimate means had pressured them to transfer their respective shares to him or his wife. Nizam offered no consideration for the shares except to undertake not to exercise his influence and close connection with the ‘higher ups’ to prevent them from securing the concession agreement,” Ong observed and directed Nizam to pay RM500,000 in exemplary damages to each of the three plaintiffs (totalling RM1.5 million).

The JC also described Nizam’s actions as having inflicted fear, distress and hopelessness upon Aminul. “There is no defence that Nizam can rely on to extinguish or reduce the liability to make restitution.

“The use of such influence to threaten to interfere with the Malaysian government’s decision to award contracts in order to extract monetary benefits for oneself is not only offensive but undermines public confidence in our government administration.

“I do agree that this is indeed a proper case where exemplary damages ought to be imposed. Nizam’s main objective was to extract money to be derived from the company’s scheme. He contributed nothing but wanted the benefits from efforts put in by the plaintiffs. In carrying out his objective, he blatantly blackmailed the companies into giving him exorbitant amounts and substantial control over them,” Ong said in ordering the businessman to pay an additional RM120,000 in costs to each of the three plaintiffs (totalling RM360,000).

The Edge is given to understand that Norhana — Nizam’s wife — will be appealing the decision.