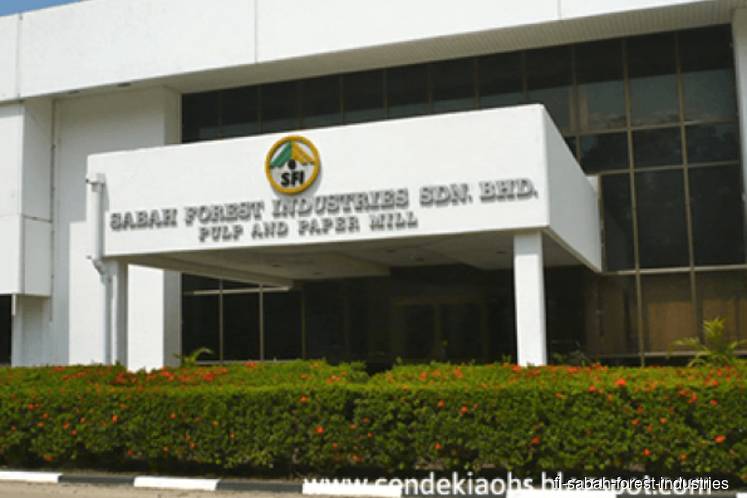 The suit filed by Pelangi Prestasi is over the decision made by SFI, which is now run by the Parti Warisan Sabah-controlled Government that it will not be issued with fresh timber licences and that the State Government will now impose an entirely new set of preconditions in order to grant the timber licence.

The injunction is filed by Pelangi Prestasi for the matter to remain status quo in the implementation of a new set of preconditions to grant timber license until the disposal of the suit.

Pelangi Prestasi's lawyer, Datuk Lim Chee Wee, from Skrine said Justice Datuk Ahmad Bache whom he met in chambers with other parties, had fixed July 9 for either clarification or decision on the company's injunction application.

The Star newspaper had reported on June 1 that Pelangi Prestasi had on April 4 last year, just before the 14th general election, entered into a sale and purchase agreement with SFI and paid a 10% deposit of RM120 million for the asset, and it had filed the suit as it felt being sidelined despite having fulfilled the conditions mentioned in the SPA.

The paper reported that Pelangi Prestasi's acquisition of SFI seemed a straighforward business deal until the Warisan-led State Government's intervention.

According to the report, the company's involvement with SFI began after it agreed to buy Ballarpur Industries Ltd's entire stake in SFI for about US$310 million or close to RM1.2 billion.

Ballarpur Industries is India's largest pulp and paper manufacturer while SFI is presently placed under receivership and management of Grant Thornton Consulting as a result of the financial difficulties it faced. Under the arrangement, the Syed Mokhtar-controlled firm would assume control of SFI, including all its assets, land titles and timber licences.

SFI made a net loss of RM354.7 million in 2017, and Pelangi Prestasi was said to have agreed to pay a premium of 16 percent for SFI over the market value of the assets.

On March 7, 2018, a month before signing the SPA, the previous BN State Government agreed to approve new timber licences to Pelangi Prestasi should it fulfil the prerequisites in the SPA.

Pelangi Prestasi in its suit claimed that it had paid the salaries of SFI employees in full since March 2018, including shortfalls for the period of January to March 2018. The salaries of the workers were paid even up till March this year amounting to RM23.1 million, and hence it had fulfilled part of the prerequisites set by the Sabah State Government.

It further accused the present Sabah State Government of unilaterally imposing entirely new conditions on Pelangi Prestasi, without discussing the matter with it.

The company further alleged that it is now being sidelined to allow the takeover of SFI by Lee & Man Paper. This is despite the SPA signed earlier by Pelangi Prestasi still being in effect.

Grant Thornton had previously recommended Lee & Man Paper as the suitable paper and pulp operator to form a joint-venture with Pelangi Prestasi. However, the proposed partnership has since fallen through.

Pelangi Prestasi claims that the move to consider the possible acquisition of SFI by Lee & Man Paper was in breach of the SPA signed earlier with SFI.

“On or about March 7, 2019, and during the subsistence of the SPA and without Pelangi’s involvement, it came to Pelangi’s attention that representatives of SFI and the R&M had attended to a visit to the assets by a representative from Lee & Man, with the possibility of the acquisition of the assets by Lee & Man,” alleged the firm in the lawsuit.

Besides filing the suit, Pelangi Prestasi also filed a judicial review application where it named the State Chief Minister Datuk Seri Mohd Shafie Apdal and the Sabah Government as respondents. The company is seeking to quash the State Government’s decision to reject the issuance of fresh timber licences to the company.

The company claimed the decision by the Sabah Government was illegal and unreasonable, and there was procedural impropriety.

“If the State Government’s decision is not stayed, Pelangi would be gravely prejudiced as the State Government would be open to consider other parties with strong financials, pulp and paper track record and access to ready markets, thus causing irreparable injury to Pelangi,” the company said in the judicial review application.