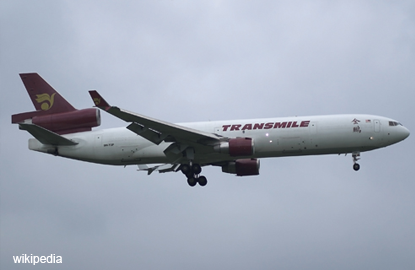 KUALA LUMPUR (Sept 28): The Court of Appeal today ruled that Section 122(1) of the Securities Industry Act 1983 (SIA) — which states that when an offence has been committed under the act by a corporate body, a director or chief executive officer (CEO) or one purporting to act in such a capacity for the organisation is deemed liable — does not violate the Federal Constitution.

The decision overturned the High Court’s ruling that the section was unconstitutional when Transmile Group Bhd’s founder and former CEO Gan Boon Aun and its former executive director Khiuddin Mohd challenged the validity of a charge brought against them.

In delivering the verdict, Justice Datuk Tengku Maimun Tuan Mat said that the section did not violate the Federal Constitution, according to Securities Commission Malaysia (SC).

Gan and Khiuddin were charged in 2007 for abetting Transmile in making a misleading statement relating to Transmile’s revenue in the company’s unaudited consolidated results for the financial year ended Dec 31, 2006.

The statement was likely to induce the purchase of Transmile shares by other persons, according to SC.

The accused were also charged with an alternative charge for furnishing the same misleading statement to Bursa Malaysia under section 122B(a)(bb) of the SIA, which was read together with section 122(1) of the same Act.

In June 2011, Gan and Khiuddin challenged the validity of the alternative charge, arguing that the law was inconsistent with, among others, Article 5(1) of the Federal Constitution, which provided that “no person shall be deprived of his life or personal liberty save in accordance with law”.

In Nov 2011, the High Court upheld the challenge and ruled that the section was unconstitutional, which then saw SC filing an appeal to the Court of Appeal against the High Court’s decision.

“Today, the Court of Appeal overturned the decision of the High Court and held the provision to be valid, but granted a stay of its decision pending the defence’s appeal to the Federal Court,” SC’s statement further read.