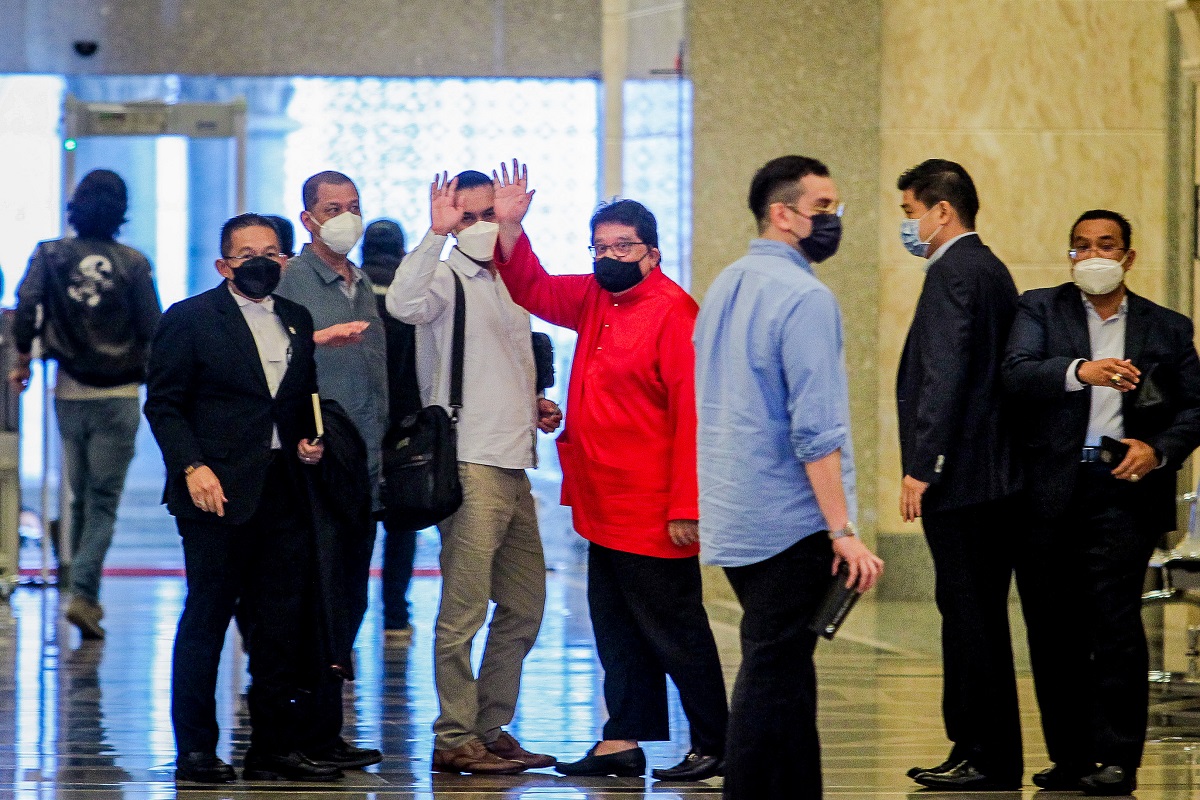 Justice Datuk Suraya Othman who led the bench and Datuk Ahmad Nasfy Yasin allowed the appeal, while Datuk Abu Bakar Jais who is the second-most senior judge on the bench dissented.

With this, Tengku Adnan — better known as Ku Nan — was acquitted and discharged of the graft charge.

Justice Suraya said the bench wanted to deliver the decision earlier but had to delay it due to the Covid-19 pandemic.

She said one of the essential elements of the offence — the sum of RM2 million paid by Aset Kayamas Sdn Bhd managing director Tan Sri Chai Kin Kong — was not for Tengku Adnan, but the two Kuala Kangsar and Sungai Besar by-elections held in June 2016.

The judge noted that Chai had revealed this during his testimony, and it was not challenged by the prosecution.

"His testimony as the star witness [of the sum] being a donation to UMNO was not challenged. The witness said that Tengku Adnan had requested donations for the two by-elections to the amount of RM5 to RM6 million.

"Chai was willing to pay RM2 million for this and the prosecution did not cross-examine Chai on this or treat him as a hostile witness or impeach him in this case. The evidence was also supported by the evidence of Tadmansori Sdn Bhd (a company controlled by Ku Nan) chief operating officer Datuk Mohd Hasbi Jaafar, that the money was for UMNO.

"In addition, the Malaysian Anti-Corruption Commission investigating officer Mohd Saad Bordani also testified and agreed that Chai and Tengku Adnan had told him that the RM2 million [was a] political donation," Justice Suraya said in the majority judgement.

The judge said it is trite that the prosecution is bound by the testimonies of their own witnesses, without cross-examinations done.

Justice Suraya further said it is the court's considered view that the evidence of Mohd Saad is significant and revealed the cheque issued by Chai was for the expenses of the two by-elections.

"Nowhere in the grounds did his lordship (the High Court judge) consider the evidence of Chai and Hasbi that those monies were for political donations," she said.

"There is no vein that Chai is considered a dishonest or untruthful witness as there are no attempts by the prosecution to impeach or [treat him] as a hostile witness. Such a failure renders the conviction to be unsafe."

On the UMNO receipt received by Chai, Justice Suraya ruled that Chai's testimony was never contradicted or disproved and the arguments by the prosecution that it was a forged document remain untrue.

Justice Abu Bakar in his minority judgement said the High Court was right in its decision to convict and sentence Ku Nan as all elements of graft had been proven including that he was a public officer.

The judge said the fact that money entered into Tadmansori's account without consideration as Aset Kayamas had no dealing with the company.

He added that there was also no evidence that money from Tadmansori had gone out to UMNO.

"I find that the money was deposited into the accused's account for his own use without a valuable consideration," he said, adding that there were also doubts with regard to the issue of the receipt produced by Chai.

"I find that the defence had not created a reasonable doubt for the case. The conviction and sentence against the accused is upheld," Justice Abu Bakar ruled.

However, as Justice Suraya said this is a majority decision, the bench is of the view that there is clearly a non-direction and misdirection by the High Court judge.

"[This case] requires appellate intervention... Hence we are allowing the appeal against the conviction and sentence. Hence, the accused is acquitted," she said.

After the decision, Ku Nan was seen saying a short prayer as he left the Palace of Justice.

The appeal was heard on April 22 but the bench deferred in delivering its decision.

For this, the now UMNO treasurer was sentenced to 12 months' jail and fined RM2 million, against which he is presently appealing.