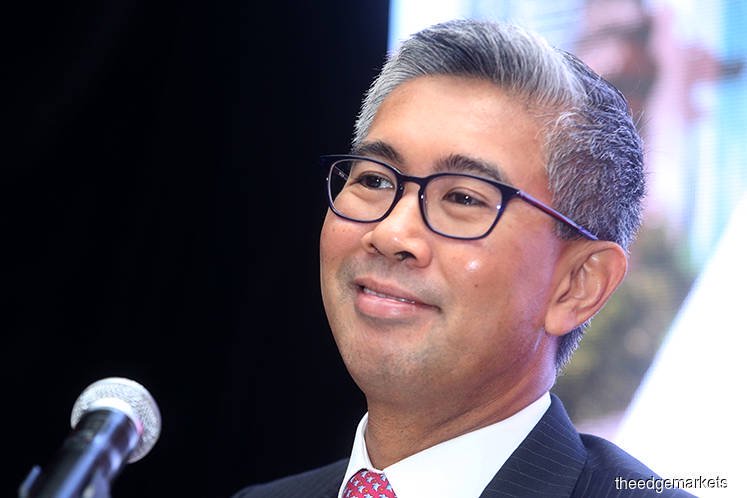 “The government is committed to fiscal discipline and to reduce the fiscal deficit to below 4% within the next three to four years.” — Tengku Zafrul.

KUALA LUMPUR (June 23): The country’s debt level could hit the statutory limit of 55% of gross domestic product at the end of the year from 52% currently following the implementation of measures to save lives, protect livelihoods and stimulate the economy, Finance Minister Tengku Datuk Seri Zafrul Abdul Aziz said today.

The government had announced the RM260 billion Prihatin Rakyat economic stimulus plan (PRIHATIN), followed by the RM35 billion short-term economic recovery plan (PENJANA) aimed at stimulating the country’s economy that has been hit by the Covid-19 pandemic, bringing the government’s direct fiscal injection to RM45 billion.

“(But) I have mentioned several times that between 97% and 98% of our debt is domestic debt, and this is important as it means that our exposure to foreign currency fluctuation risks is very limited,” he said when presenting the 10th LAKSANA (the Economic Stimulus Implementation & Coordination Unit Between National Agencies) report today.

In his speech on the report, he added that the government is very committed to ensuring fiscal discipline is maintained.

“Analysts, rating agencies and investors understand that Malaysia, like other countries, will post a higher deficit following various economic stimulus measures. Yes, Malaysia’s budget deficit is projected to rise to 5.8-6.0%.”

“Moving forward, what is most important is what we can do to improve the situation.

“The government is committed to fiscal discipline and to reduce the fiscal deficit to below 4% within the next three to four years,” he said.