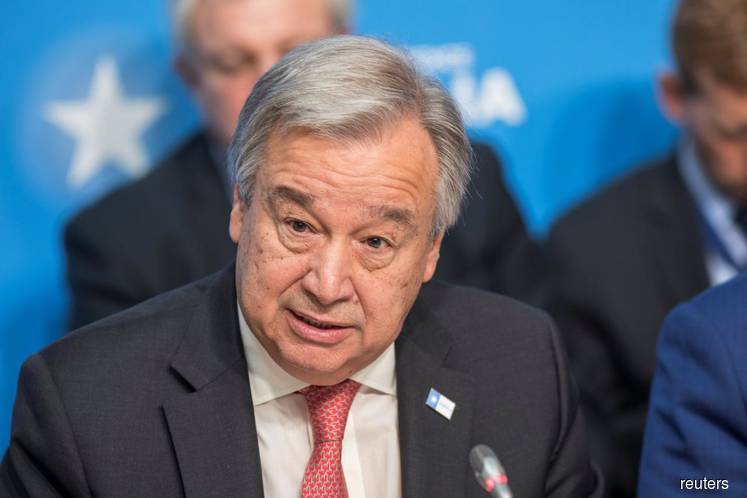 Calls to helplines have doubled or tripled in some countries amid increasing social and economic strains compounded by strict limits on movement, which have left many women isolated at home with abusive partners.

Guterres called for all governments to make preventing violence against women a key part of their national response plans for Covid-19, which has killed more than 70,000 people.

"For many women and girls, the threat (of violence) looms largest where they should be safest: in their own homes," the U.N. secretary general said in a video.

Guterres called on governments to create safe ways for women to seek support without alerting their abusers, including by setting up emergency warning systems in pharmacies and groceries - among the few places people are still allowed to visit.

Shelters for abuse victims should be declared essential services and investment boosted in online services and civil society organisations supporting victims, he added.

Calls to helplines have tripled in China and doubled in Lebanon and Malaysia, compared with the same time last year, the United Nations said.

In Europe, there have been reports of domestic violence killings in Britain, France, Spain and Italy since lockdowns came into force.

Britain's national domestic abuse helpline said on Monday it had seen a 25% increase in calls and website hits had more than doubled.

France said last week that reports of domestic abuse to police had soared by 36% in Paris and 32% elsewhere after its restrictions came into force.

With courts shut in many places, Guterres said countries must ensure that abusers are still brought to justice.

The response to the rise in domestic violence has been complicated by the fact that police and health services are already under huge strain from the demands of dealing with the pandemic, he said.

Many domestic abuse shelters are already full, while others are barring new victims for fear of spreading the virus.

France has announced it will pay for hotel rooms for abuse victims, open pop-up counselling centres in or near supermarkets and provide an extra one million euros (US$1.1 million) to anti-domestic abuse organisations.

Spain and France have both introduced initiatives to encourage women to report abuse in pharmacies. In parts of Spain women can request a "Mask 19", a code word that will alert the pharmacist to contact the authorities.

Worldwide, a third of women suffer some form of violence in their lives, according to U.N. data.

Violence against women is as serious a cause of death and incapacity among women of reproductive age as cancer, and a greater cause of poor health than traffic accidents and malaria combined, the United Nations said.

(Thomson Reuters Foundation is the charitable arm of Thomson Reuters, which covers the lives of people around the world who struggle to live freely or fairly. Visit http://news.trust.org)