Countries must not squander chance to control coronavirus -WHO 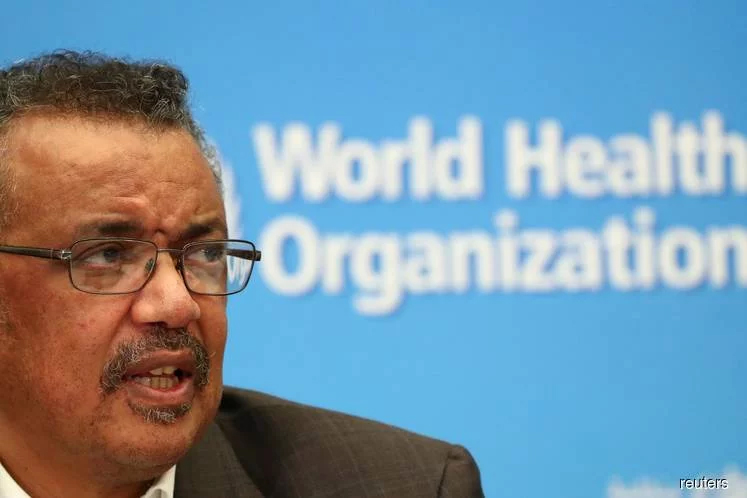 ZURICH/GENEVA (March 26): Countries that have locked down their populations to prevent the spread of coronavirus need to put a premium on finding new cases and doing everything they can "to suppress and control" the virus, the World Health Organization said on Wednesday.

The WHO had warned on Tuesday the United States could become the global epicentre of the pandemic, as India announced a full 24-hour, nationwide lockdown in the world's second-most populous country.

Tedros, speaking at a news conference, also praised the "difficult but wise decision" taken on Tuesday to postpone the Tokyo 2020 Olympic Games, saying it aimed to safeguard the health of athletes and spectators.

He said some countries had wasted time in marshalling resources to combat the outbreak, however.

"We have been saying to the world that the window of opportunity is narrowing and the time to act was actually more than a month ago, two months ago," Tedros said.

"But we still believe that there is opportunity. I think we squandered the first window of opportunity. This is a second opportunity which we should not squander and do everything to suppress and control this virus."

Tedros was due to seek support for ramping up production and funding from Group of 20 leaders holding a summit on Thursday, the officials said.

New York's governor said on Wednesday there were tentative signs that restrictions were slowing the spread of the coronavirus in his state though its situation remained dire, while the crisis deepened in hard-hit New Orleans and other parts of the United States.

Tedros, asked about Trump's management of the crisis, said it required political leadership.

"And that's exactly what he is doing, which we appreciate. Because fighting this pandemic needs political commitment and commitment at the highest level possible.

"But not only the whole-of-government approach, but the other (things) like expanding testing and the other recommendations we are making are also in play, and he takes that seriously and that is what we see," he added.

On India, Tedros said: "India has the capacity, and it's very important and good to see that India is taking early measures. This will help you to suppress and control it as soon as possible before it gets serious.

"So it's very important, like what is happening now in India which we really commend to cut it from the bud, when you only have 606 cases."