Coronavirus is bringing out the worst in Malaysians 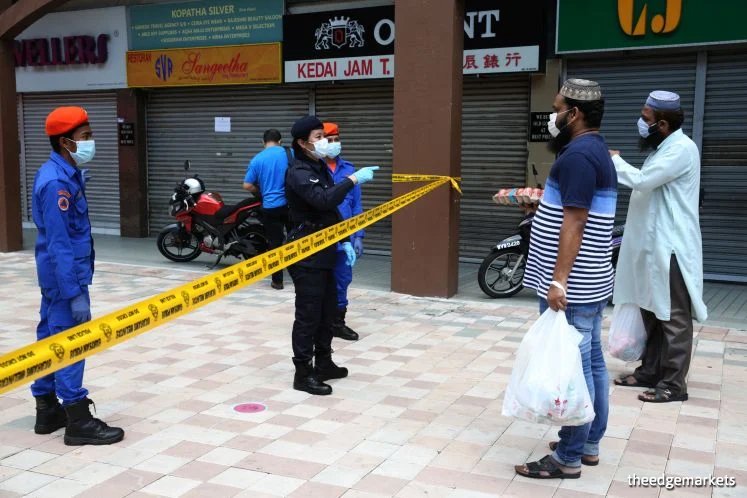 (May 15): The sequence of events is familiar. As the coronavirus spreads across an economy, livelihoods are lost and futures are imperiled. Looking for someone to blame, populists and opportunistic politicians turn to migrants and refugees. Soon, the local social media fills with xenophobia and hate, along with demands that the foreigners "go back to where they came from."

For weeks, this pattern has played out with particular vehemence in Malaysia. The targeted foreigners are the Rohingya, a largely Muslim ethnic group that has faced decades of persecution in nearby Myanmar. In recent days, the situation has become so extreme that 83 human-rights groups demanded that Prime Minister Muhyiddin Yassin intercede. He should pay attention: Calming these tensions will ultimately protect the public health and livelihoods of all Malaysians — and quite possibly provide an example for other countries grappling with the same poisonous problem.

Southeast Asia's economic development has long coincided with vast inequalities. As fast-growing Malaysia developed, low-income rural workers from neighboring countries flocked to work at palm-oil plantations, factories and the homes of the rich. Today, Malaysia has as many as 5.5 million migrant workers, the majority of whom are illegal and undocumented, out of a total population of 32.7 million. Although they’re critical to the economy, these migrants are denied basic public benefits and prohibited from formal employment. One result is that shadow-economy employers often take advantage of them.

For the Rohingya, the situation is especially bleak. They make up about 56% of the 179,000 people in the country who are recognized as refugees and asylum seekers by the United Nations. Because Malaysia isn’t a party to international refugee agreements, however, they have no official recognition locally and little help from the government. Allegations that Rohingya are a drain on public resources have nevertheless persisted for years, and have only worsened amid the country’s worst economic crisis in decades.

The xenophobia started boiling over in mid-March, after a Facebook post claimed that activists were demanding citizenship for Malaysia's Rohingya. Within days, racist and threatening comments were spreading across social media. At least five petitions demanding the deportation of the Rohingya were posted to Change.org, where they garnered hundreds of thousands of signatures (they've since been removed). The government only made matters worse by rounding up undocumented migrants for fear that they’d spread coronavirus, and placing them into camps (where coronavirus will spread). Fears of violence are now pervasive, but the government appears to have little interest in tamping down the hostility.

It’s hard to think of a more shortsighted response. Whether the populists like it or not, Malaysia's millions of undocumented migrants aren't going anywhere amid a health crisis that has shut borders worldwide. And the government’s efforts to control the virus internally will by necessity require testing and treating the populations it has long refused to recognize. So long as refugees are demonized, they’ll be discouraged from seeking out help or agreeing to critical measures like contact tracing.

Meanwhile, Malaysia’s reeling economy can ill afford to simply jettison so much of its essential workforce. Last year, the country’s rubber-glove industry — the world's largest — had to cut output after the government cracked down on undocumented labor, leaving a shortage of 25,000 workers. Once the pandemic took hold, and recruiting foreigners became untenable, locals turned out to be less than enthusiastic about working with hot rubber all day. At Top Glove Corp., the world's largest maker of medical gloves, the lead time required to fill an order has climbed from 30 days to as long as 150.

In the short-term, Muhyiddin should call off raids and other actions against the undocumented, while calling for a cessation of the heated rhetoric on social media. Over the long term, Malaysia should finally sign onto international agreements that protect such migrants, including the Convention Relating to the Status of Refugees, while finally cracking down on widespread discrimination. Doing so would not only help the economy and public health, but bolster a fragile multi-racial democracy that can't afford additional division. Malaysia might even show the world how to rise above the hatred. — Adam Minter, Bloomberg