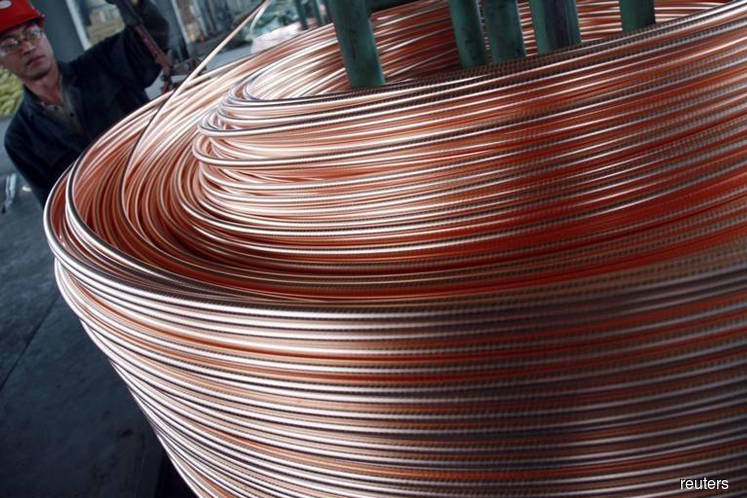 SHANGHAI (Sept 17): Industrial metals including copper opened the week with steep losses on concern the U.S.-China trade war is set to get much worse, with President Donald Trump prepared to hit the mainland with another round of punitive levies, damping prospects for demand in the largest consumer.

Metals have been under pressure for months as the U.S.-led trade war fans concern that the showdown will slow growth and sap consumption, while boosting the dollar. President Trump instructed aides to proceed with tariffs on an additional $200 billion in Chinese products despite his Treasury Secretary’s attempt to restart talks, people familiar with the matter said Friday. That may prompt Beijing to decline the offer of negotiations, the Wall Street Journal said.

Chinese investors are “panicking” on the trade war news, according to Wang Yue, an analyst at Shanghai East Asia Futures Co. That’s adding to concerns about the outlook for demand in China following bearish data last week, said Wang, referring to figures on investment in fixed assets and infrastructure.

The U.S. public comment period for the tariffs on $200 billion in Chinese goods has closed, and any new round would be in addition to levies on $50 billion in goods already in place. Last week, Goldman Sachs Group Inc. said it saw scope for further losses in metals, despite its view that they are already oversold.