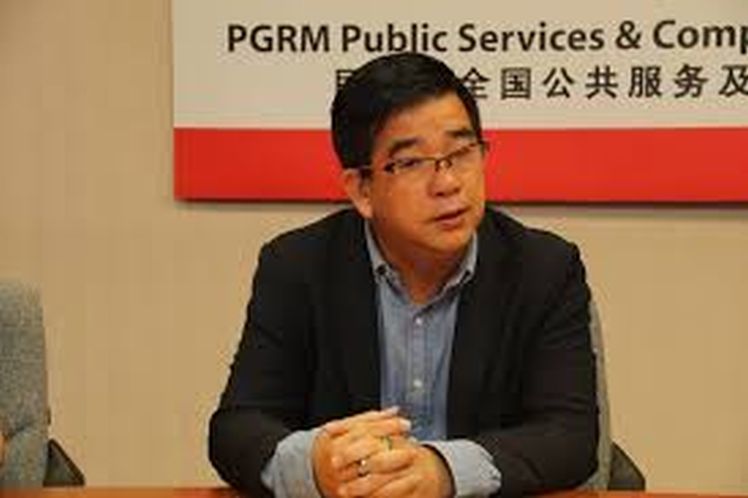 At the nomination centre here today, Bentong District Officer-cum-returning officer Datuk Azhar Arshad deferred the announcement of candidates twice after a series of commotion led by Pakatan Harapan (PH) candidates that called for Lau to present his identity card (IC) to verify publicly that the address printed on his IC is in Pahang.

However, Lau declined to present his IC although PH Bentong candidate Wong Tack requested it five times in the nomination centre.

"I believe Bentong was the latest to announce its candidacy in the whole country. After two hours of struggling with his (Lau’s) qualification, they were not able to present us the information. Show us your IC," Wong said.

"We know we have the support, very likely we will win Bentong along with its state seat this time, but we can't accept this kind of dirty tactics, we want a clean and fair election," he said

Theedgemarkets.com subsequently made the same request to Lau as well, but he said it is better to let the Election Commission (EC) clarify on that matter.

It is a requirement for candidates wishing to contest in state seats to have an address in the state in order to be qualified.

Despite the commotion, Azhar insisted that he is satisfied with nomination filed by all candidates for the Ketari state seat, and declared Lau as one of the candidates to contest.

Azhar did not take any questions from the press, even after the announcement.

"I cannot comment on that yet. Let us look into it first," he said as he walked briskly away.

During the commotion earlier, Pahang Menteri Besar Datuk Seri Adnan Yaakob tried to explain to Wong that Lau had actually changed his address, in the government registration system. It is just that he has not changed the information on his (Lau’s) IC.

The Ketari seat will see a three-cornered fight between Lau, Roslan Md Esa from PAS, and Young Syefura Othman from PH.

Apart from Ketari, there are three other state seats under the Bentong Parliamentary seat, namely Bilut, Sabai, and Pelangai. The Pelangai seat is being contested by Adnan, Norhaizan Abu Hassan from PH, and Zaharim Osman from PAS.

In the last general election, Bentong was in the news when there was a false rumour that the counting centre suffered a blackout. The rumour was later found to be not true.