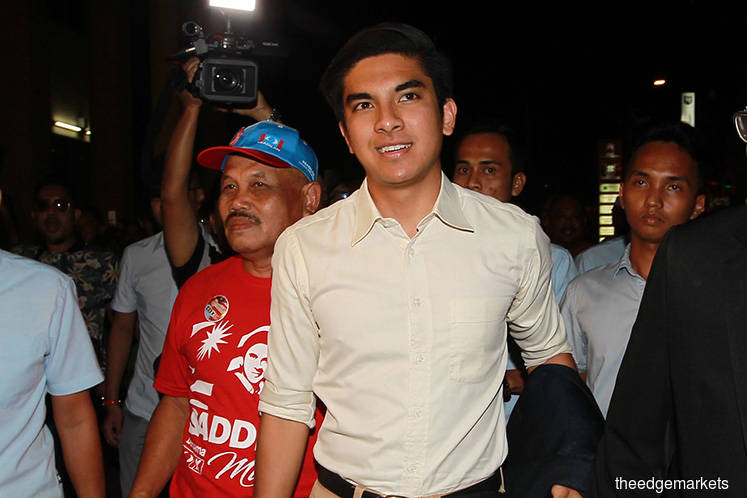 KUALA LUMPUR (Dec 3): The Youth and Sports Ministry (KBS) through the National Sports Council (NSC) and National Sports Institute (NSI) has put in place contingency plans to deal with any eventualities involving the Malaysian contingent at the 30th SEA Games in the Philippines.

Its minister, Syed Saddiq Syed Abdul Rahman, said the ministry had prioritised the athletes' welfare, following several problems at the Games including in terms of halal food, transportation and event venues.

"For example, for food in particular the lack of halal food there (in the Philippines), our contingent was 'saved' with the help of Brahim's food packs. We have brought 500 to 100,000 of Brahim's packed food packets in case this halal food problem persists.

"This morning I received feedback from the contingent that the problem of halal food is being solved and the situation is much better than the previous three days.

"The transportation issues are also being solved," he said when replying to a supplementary question by Ahmad Fadhli Shaari (PAS-Pasir Mas) in the Dewan Rakyat on Tuesday.

Ahmad Fadhli had asked what the government has done to address problems faced by the Malaysian contingent which include the shortage of halal food.

Syed Saddiq said Malaysian team representatives had also channelled their views on the problems faced by the national athletes to the Games organisers through official channels.

"I would also like to thank the National Sports Council for the swift action taken to change the (wrong) Jalur Gemilang just before the medal presentation ceremony involving national wushu athlete Loh Choon How. This proves that our country's leaders are proactive and resolve issues quickly, before they get worse," he said.

The medal presentation ceremony was delayed by about 20 minutes after chef de mission Datuk Megat Zulkarnain Omardin spotted a printing error in the Malaysian flag prepared for use by the organisers. — Bernama