On the console: Netflix’s Stranger Things 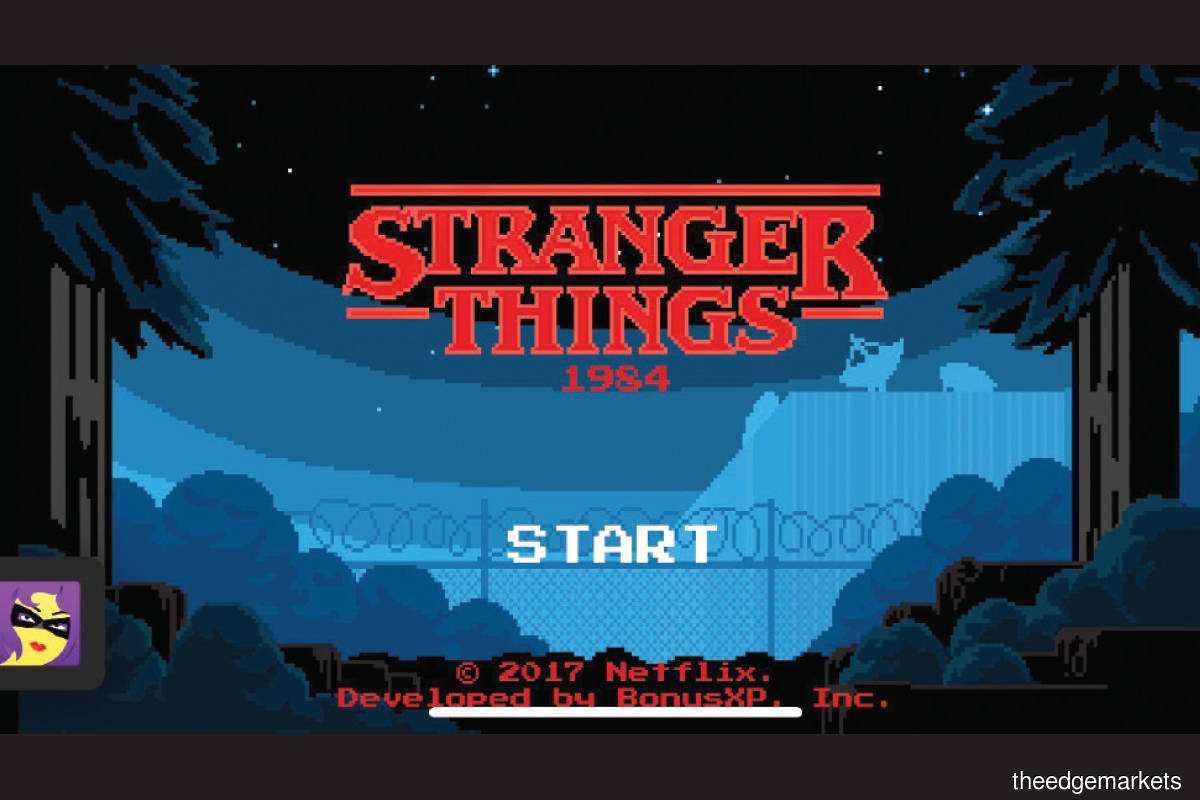 Move aside, extravagant 3D gaming worlds and graphics — 16-bit retro-styled games are back in fashion. Just like the series, the Stranger Things: 1984 (2017) and Stranger Things 3: The Game (2019) mobile games’ simple and straightforward adventure gameplay follows Hopper and the kids for bruising missions around Hawkins and the Upside Down.

Gamers start the game as Hopper, who then goes about town fighting different people and creatures to complete in-game missions. Along the way, he meets other characters from the show, who then join the quest to find Will. The story is similar to that of the series, so those who have watched Stranger Things will be familiar with the plot.

There are a total of eight playable characters to unlock (Hopper, Lucas, Nancy, Mike, Will, Dustin, Eleven and Max), each with special skills and abilities that are relevant to the characters seen in the show. For example, Lucas’ wrist rocket offers ranged attacks, Will can crawl through pipes and Eleven can teleport between pool baths. There are also side quests and collectibles that gamers can collect along the way, which can sometimes enhance the gameplay.

Reminiscent of classic 1980s and 1990s role-playing games that were available on Nintendo Gameboy, its audio and visual effects are akin to games like Pokemon and The Legend of Zelda: A Link to the Past. As it is a mobile game, the gameplay is simplified with the use of the touchscreen. Character movement, combat actions and picking up of items are all done by tapping on the screen.

As Stranger Things withdrawal symptoms were kicking in in anticipation of season four, which was released in May this year, I discovered these games last year when Mike Verdu, vice-president of games at Netflix, announced that the live streaming app was venturing into the mobile-gaming space, allowing subscribers to experience ad-free mobile gameplay.

Each game kept me busy for a month or so and it is highly recommended for both new and seasoned mobile gamers as it is challenging, yet entertaining and enjoyable. I personally found Stranger Things 3: The Game significantly tougher to complete, especially when at the boss levels. Based on reviews, seasoned gamers managed to complete the game in seven hours if played continuously.

Users can easily find these games by searching for them in the Netflix mobile app, which will redirect users to the App Store or Google Play Store to be downloaded for free.