Condivergence: Why we can’t go on like this anymore 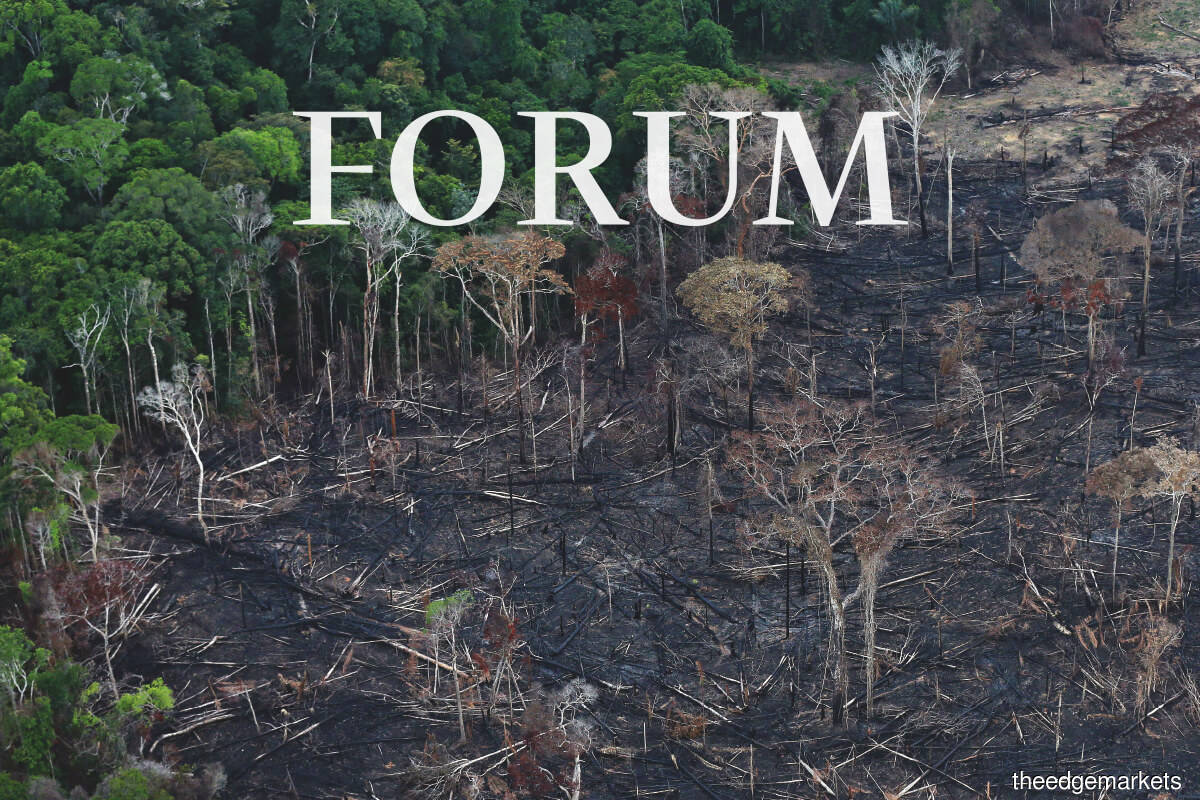 A tract of Amazon jungle cleared by farmers in Para, Brazil ... Six global megatrends imbalances, including that caused by man’s abuse of nature, could result in chaotic outcomes

Business as usual is dead. We can’t use the old business models, or even mode of thinking, any more. Everything seems to have changed. More precisely, the context of how we make daily decisions has changed profoundly. We are struggling with Black Swan, Grey Rhino and Butterfly events all at the same time. Anything seems to be possible and conspiracy theories are everywhere.

Here’s why the context has changed dramatically. Economists use the term “ceteris paribus”, or “other things being equal”, as a reasonable assumption to formulate a model for prediction or explanation purposes. This is not unreasonable when the environment does not change too much.

Free market economists also use general equilibrium modes, which assume that the free market economic system would revert back to stability and equilibrium after an external shock. The 2008 financial crisis showed that shocks can be endogenous (built-in) as well as external. Those analysts who predict a V-shaped recovery suffer from the delusion that things will quickly go back to normal.

Here are the current possible trajectories: (1) V-shaped recovery; (2) L-shaped with long depression; (3) U-shaped with recovery after two to three years; (4) W-shaped, sharp drop with dead cat bounce, then more drops and minor recoveries after that. As the second or third waves appear, the consensus is that the recession will be longer and deeper than anticipated.

Here’s why these models don’t work. Economic models or our mental rules of thumb work on the forward projection of past data, with two or three statistically most relevant causal factors, to estimate what the linear effects are.

There are at least two fundamental problems with this linear approach. First, cause and effect are reflexive — we can’t distinguish what is cause and what is effect because they interact with each other. Second, as Black Swan events show, low probability events may have high impact outcomes. If the Covid-19 virus is allowed to spread, the impact is exponential, causing a cascading impact on the economy and markets. When many disparate factors interact in a complex system, the aggregate or cumulative outcome is chaotic and cannot be predicted by simple linear, mechanical projections.

In short, predicting the future is very tough because the present is an entangled mess.

How messy the present is can be summed up in six global megatrends imbalances. Note that the general equilibrium model assumes that we are usually more or less in equilibrium. But these six imbalances are huge and dynamically divergent rather than converging, and totally interrelated with each other.

The first imbalance is nature, with man’s abuse of Mother Earth through pollution and excessive exploitation of natural resources causing global warming, which has created conditions for worsening floods, locust swarms, rising sea levels and pandemics.

The present pandemic is the worst in 100 years, and the World Health Organization has warned that it is far from over. All these are happening in five of the hottest years on record. Floods, earthquakes, droughts, eclipses and natural events are making superstitious people believe that the gods are angry. Food and water shortages, on top of a pandemic and rising unemployment, make for failing states.

The second imbalance is human justice in the form of the widening gap in income, wealth and opportunities. Never have the rich had it so good, whereas the poor are dying from lack of water, food and shelter, including being killed by the pandemic. The rich can move online or migrate to New Zealand while the poor are trapped in essential but dirty jobs that make them more vulnerable to infection. The pandemic has brought out widespread concerns about racism, manifested in global protests on a scale not seen since 1968. All countries are trying to spend their way out to prevent a deteriorating law and order situation caused by anger and frustration.

Thirdly, technology imbalance is both a boon and a bane. Technology is seen as the solution to global problems, yet tech disruption is making things more unequal, because those who have knowledge have increasing power over those who don’t. Competition is healthy, but now, tech wars are designed to disrupt challengers with no clear rules of engagement. Tech wars are asymmetric because one cheap viral attack (hacking can be done in a garage) can bring down whole supply chains, defence systems or economies. And yet, if we get our technology right and have global cooperation, we can solve some of the super-wicked problems of pollution, or waste of energy and non-renewable resources.

Fourth, we are suffering from the deepest, sharpest and perhaps longest economic depression since the 1930s. Governments have responded to the economic imbalance with the largest fiscal deficits, financed by debt, recorded outside of wartime. According to the International Monetary Fund, G20 governments are running US$11 trillion of fiscal deficits this year and, possibly, as much as US$30 trillion by 2023, with the current stimulus three times larger than during the 2008 global financial crisis. The debt of advanced countries is already over 130% of GDP, and can be financed only with near-zero interest rates.

Fifth, the financial imbalance is most remarkable. In a matter of weeks, the US Federal Reserve has expanded its balance sheet by US$3 trillion, cutting interest rates to near zero and creating the biggest rebound in Dow Jones’ history. How the stock market can be at a near record peak, with the worst economic results at the real economy level, is a puzzle for all. Financialisation seems to be defying gravity with something for nothing.

Last but not least, the geopolitical imbalance is worsening by the day. A rational explanation is that the US-China trade war is due to the shift from a unipolar order to a multipolar global order. But the escalation of the rivalry is now not just verbal, but emotional attacks and countermeasures on multiple fronts: technological, media, cyber, diplomatic and national security. Political polarisation is asking everyone to choose sides, when in reality, the world is tightly coupled — in trade, technology and on the financial and cultural levels. The drums of war are beating, with the price of gold hitting US$2,000 per ounce.

What can be done? Given that the US presidential election is only three months away, political tensions can only rise as US President Donald Trump seeks to blame China and everyone else for his precarious situation. All we need is a spark or accident for him to act so as to preserve his chances of re-election. You cover a mess by making a bigger mess.

Before the pandemic, it was possible to think rationally. The clouds of war, trauma and emotions are such that no one is thinking straight. That is why business as usual cannot be the new normal. Until we resolve the trauma that is unfolding before us, even saying that we have a new normal is not normal.

We cannot sit and wait to die. Many are speculating in the stock market because greed and fear make them feel alive. I punt, therefore I am.