Condivergence: Why the Asean market is pivotal to Chinese growth 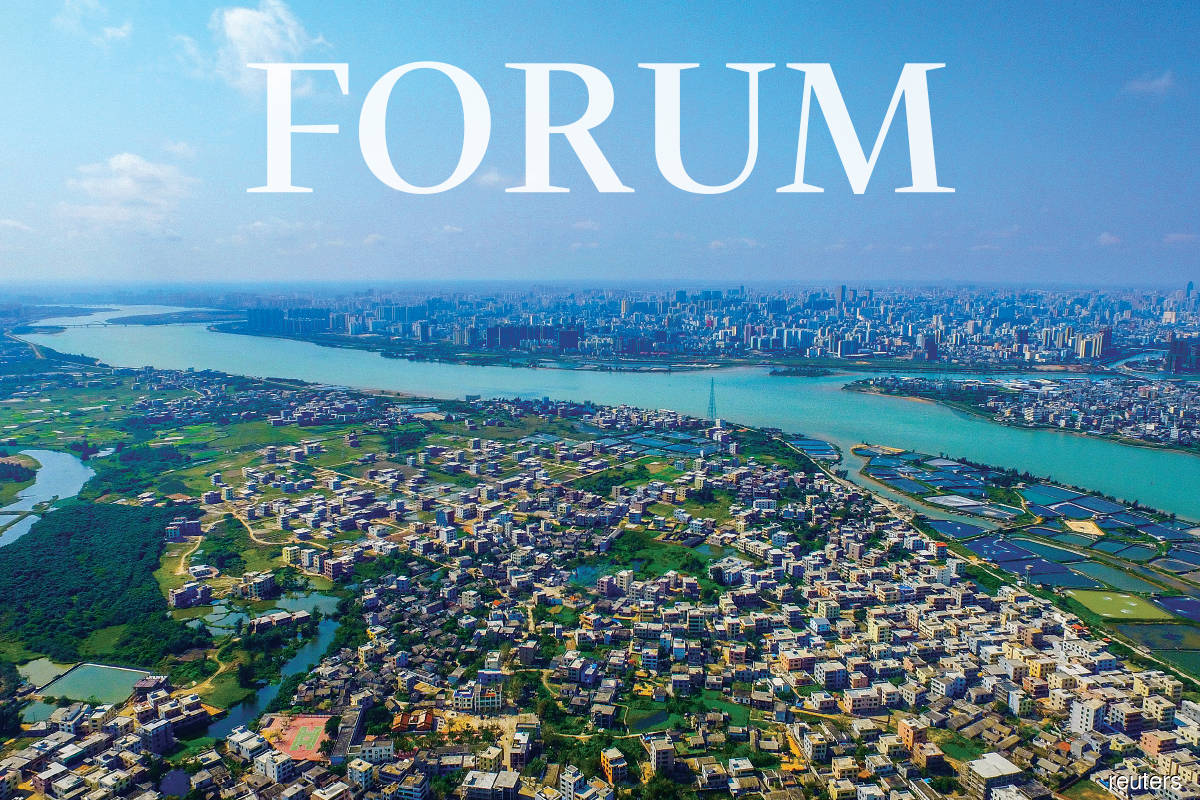 The Haikou-Jiangdong New District of China (Hainan) Pilot Free Trade Zone. Hainan island, which is on the same latitude as northern Thailand, Vietnam, Laos and Myanmar, has been granted free trade status and is therefore keen to expand trade with Asean.

As the world focuses on its poly-­crises in Ukraine, rising inflation and interest rates, food and energy shortages, looming recession and geopolitical tensions, we need to lift our horizons away from depression and despair towards what is working and why it works.

I was at a webinar organised by the Hainan Green Finance Institute on the Hainan Free Trade Port and Asean countries’ financial cooperation, in which there was an excellent dialogue on why the Asean market is of such interest to China. The Chinese development model uses special economic zones that allow them to experiment with different ways of opening up and reform. Hainan island, which is on the same latitude as northern Thailand, Vietnam, Laos and Myanmar and is tropical enough to grow rubber, oil palm and durians, has been granted free trade status and is therefore keen to expand trade with Asean.

For too long, businesses have been mesmerised by trade with China, but global trade thought leader Richard Baldwin pointed out that Chinese physical trade (in goods) peaked in 2006, when total imports and exports were 64.5% of gross domestic product. However, it had gone down to 37.4% by 2021, due mainly to growth of domestic services relative to manufacturing. This explains the Chinese dual circulation strategy — to focus on domestic consumption (internal circulation) rather than relying on the export engine ­(external circulation).

What does that mean?

It means that growing Chinese consumption has to be good for Asean, because Asean is a major source of natural raw materials, food, minerals as well as energy. Asean has roughly half the population (683 million) of China or India, roughly half the geographical area of China, and is slightly larger than the South Asian subcontinent. In GDP terms, Asean is

US$3.6 trillion at market exchange rates, roughly the same size as India.

A PwC study suggested that by 2030, Asean on purchasing power parity basis will be the fourth largest economy in the world after China, the US and India, and would be larger than individual industrial giants such as Japan and Germany. In 2021, Asean-China trade grew by 28.1% to US$878.2 billion, with Asean exports to China growing 30.8%. A lot of these are intermediate goods that are used in China for final exports.

The reasons for these bright forecasts are not difficult to see — Asean’s population is young, with a median age of 28, compared with 38 for China and 48 for Japan. The population is mobile and digitally friendly, according to a Google/Temasek study, with 68% already on the internet (400 million) by 2020. In terms of growth potential, the region is still growing at roughly 5% per annum, with Vietnam and the Philippines (100 million-plus population) growing in the 6.5%-7% range. At the rate of current inward foreign investment, Indonesia (288 million population) will hit the 6%-7% growth range in the next five years.

We should not just look at linear projections of growth potential. Professor Baldwin has famously argued that we are in the age of the Third Unbundling in the Industrial Revolution. The First Unbundling was the invention of fossil-fuel basis transport in the 19th century that fostered domestic spread and specialisation in production, leading to export trade. The Second Unbundling occurred with the improvements in information and communications technology (ICT), namely telegraph, radio, fax and, today, the internet, that allowed globalisation of supply and distribution chains. When natural disasters and then Covid-19, followed by the Ukraine war, disrupted supply chains, with the added weaponisation of financial sanctions, supply chains are being decoupled. Business captains can no longer push “just-in-time” production, but instead “just-in-case” robust and diversified supply chains that will not stop or be disrupted by failure in one node or link.

The Third Unbundling, which Baldwin says is “telemigration”, will be extremely important for Asean+3 trade. Improvements in digital technology are such that important services, especially intermediary services that are key to manufacturing and distribution, have enabled companies to work both on- and offline, meaning that services can be shifted on a global basis, irrespective of where the expert knowledge worker is.

Thus, in order to build a car in China or South Korea, the whole car or its components can be designed in Italy or Bangkok, or indeed anywhere. Baldwin sees that global intermediate services have not peaked and will continue to outpace physical trade in value and volume.

We now see why Chinese companies that still do business mainly in Chinese will have a handicap relative to Indian and Filipino companies that are almost native in English and can provide digital services on Web3.0, helping companies and consumers around the world at cheaper rates, and more user-friendly than expensive First World providers. Thus, it is not enough that competition be on technical superiority; language and culture will also play a critical role in producing, delivery and buying of such services. This is where education and collaboration, including understanding of how value can be enhanced through diversity, is crucial in the Third Unbundling.

The simplest example of this is Japanese business, which is superb in manufacturing excellence, quality and design. Yet, Japanese phones and platforms have not become global because Japanese companies did not use enough English language and open-source production, including integration with local cultural trends. The US and China technology platforms have grown to global scale by being open-source. The Europeans also have not produced world-class tech platforms, although Indonesia can boast several regional-class tech platforms.

Thus, the Asean market may be critical for Chinese businesses to use as a learning ground on how to incorporate language and cultural diversity into their business models. By being geopolitically neutral and having huge ethnic, cultural and language diversity, Asean brings rich and fascinating digital market potential to the world. How Asean itself begins to grow these digital champions will be the next story to unfold.