Condivergence: The shock and the shift 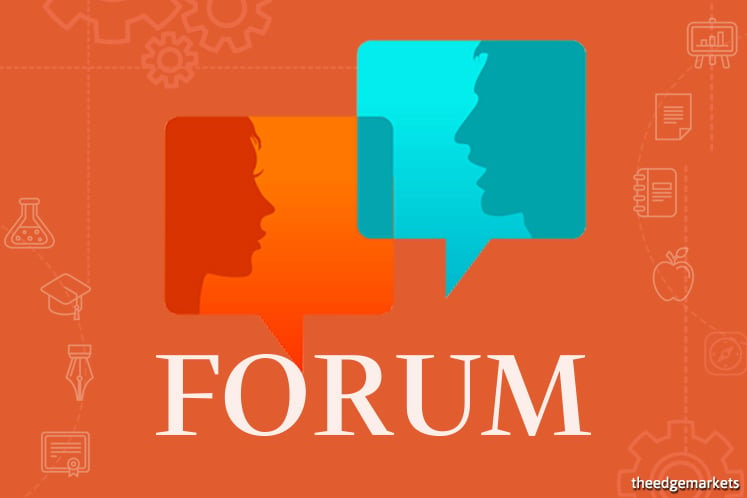 The global coronavirus pandemic is already changing the whole world. As the virus infects major markets such as Italy, the UK and now the US, global stock markets are hitting record lows, bond prices are registering record highs with zero or negative bond yields, and supply chains are under severe strain.

Most people judge the present crisis using their personal experience with the SARS outbreak and the 2007 global financial crisis. Many policymakers underestimated Covid-19 because the 2003 SARS epidemic was quickly over by the summer. Financial markets lived under the illusion that central banks could bail everyone out as they did in the 2007/08 global financial crisis. There was complacency that everything was under control. Indeed, Europe and the US wasted valuable time that China gave everyone through very draconian shutdown measures.

In 2014, Financial Times columnist Martin Wolf wrote a book called The Shifts and the Stocks. He argued that the shocks of the 2007 financial crisis came from shifts that most analysts failed to monitor and understand. He confessed that this was “because I lacked the imagination to anticipate a meltdown of the Western financial system. I was guilty of working with a mental model of the economy that did not allow for the possibility of another Great Depression or even a Great Recession in the world’s most advanced economies.” This mental model feeds off the assumption that financial crises have been solved by central banks.

The fact that there was very little positive market reaction to the US Federal Reserve cutting interest rates to near zero and approving US$700 billion in special assistance is evidence that monetary policy cannot deal with a medical, psychological and very real crisis at the grassroots level.

Underlying the economist’s hubris is the belief, fuelled by incredible advances in knowledge and technology, that science could master not just nature but also human order. The evolution of the coronavirus shows that we know too little about nature and need to have some humility.

The difference between a shock and shift is that the former is quick with almost immediate damage, whereas a shift takes longer so that the damage is distributed over time and makes the pain more acceptable.

The coronavirus pandemic presented a stark choice that is best described by the now famous chart that shows how many people are infected on the vertical axis, against time on the horizontal axis. When the pandemic occurs, the number of people infected grows exponentially and rapidly in a sharp, steep curve. This is the shock profile in which many people may die because there are insufficient hospital and medical facilities available to manage the crisis in such a short time.

The shift strategy (called flattening the curve) attempts to drag out the infection rate over time so that there are sufficient hospital beds to deal with urgent cases. The infection rate is slowed through voluntary social distancing.

British Prime Minister Boris Johnson offered a different approach to the Chinese “lockdown” strategy that was practised in Wuhan and Hubei. He suggested “mass immunity” through the gradual infection of 70% to 80% of the population, which would result in higher deaths for the elderly and more vulnerable people, so long as the rise in the number of cases is kept below the number of available hospital beds.

In other words, the Wuhan and Italian experiences showed that if the cases exceed the supply of available hospital beds and ICU facilities, the hospitals may fail, leading to a higher death rate for the seriously ill who are not able to get access to treatment during the crisis.

The current crisis has led to an amazing display of global sharing of information on the medical situation and possible solutions freely, openly and in real time. The scientists and medical teams involved can work together to find possible solutions. At the political level, however, there is still too much finger-pointing and playing the blame game, wasting valuable time at the cost of more infections and fatalities.

In a March 16 status report, the UK’s Imperial College’s Covid-19 response team argued that the alternative strategies — mitigation versus suppression — are not true alternatives. Mitigation tries to slow the epidemic spread by protecting those most at risk. Suppression, on the other hand, aims to reverse the epidemic’s growth. China has tried the latter, whereas the UK is recommending the former.

This trade-off is not as simple as it sounds. Both strategies will involve large losses in human life and economic damage. A doctor may look at the number of cases versus the number of hospital beds and an investor would look at the trillions lost in stock market wealth versus the buying opportunities, but policymakers must consider not just the economic damage, but also the political costs and geopolitical implications.

The UK government has begun to realise that a mitigation strategy may not work if large parts of the economy come to a halt because of a large number of fatalities, a complete shutdown, and an increasing proportion of the population panicking after infection. Once the coronavirus has already spread into the community, it may be too late to suppress or confine the epidemic to small clusters.

Similarly, because the US lost valuable time in undertaking a suppression strategy, its mitigation strategy may also fail due to the lack of testing and supply constraints of essential goods such as ICU equipment. Because the US hospital system is largely private, there is insufficient capacity to rapidly expand facilities such as in China, where the state can make rapid decisions.

It is therefore quite possible that the US pandemic experience will follow that of Britain, with much larger damage to the economy over a longer period than estimated. The current economic models in use still think in terms of “shifts” or marginal disturbances from the equilibrium. But the economy is being shocked by huge waves, not only medically, but also psychologically, as well as reverse waves of demand (and production) cuts from overseas. Lockdowns disrupt not only the supply chain, but also dramatically cut aggregate demand and income at the same time. This is unprecedented in scale, scope and speed.

The current generation of dynamically stochastic general equilibrium (DSGE) models used to forecast economic growth in the major economies are not geared to deal with such large exogenous and interactive shocks. This is why the Organisation for Economic Co-operation and Development, International Monetary Fund and World Bank models are still optimistic, thinking that there will be a small cut (0.5%) in global growth and some recovery in 2021.

Just as the SARS vaccine will not work for Covid-19, using only quantitative easing will not cure this pandemic shock. Many businesses, such as airlines, will not survive without state help, and millions of small businesses will be hurt by lockdowns. We need new tools and a fundamental review of policy options to tackle a novel pandemic/crisis that is global in nature and which may truly need global cooperation to solve.

Be prepared for a long hard road to recovery.

Tan Sri Andrew Sheng writes on global issues from an Asian perspective The views expressed are solely those of the author.