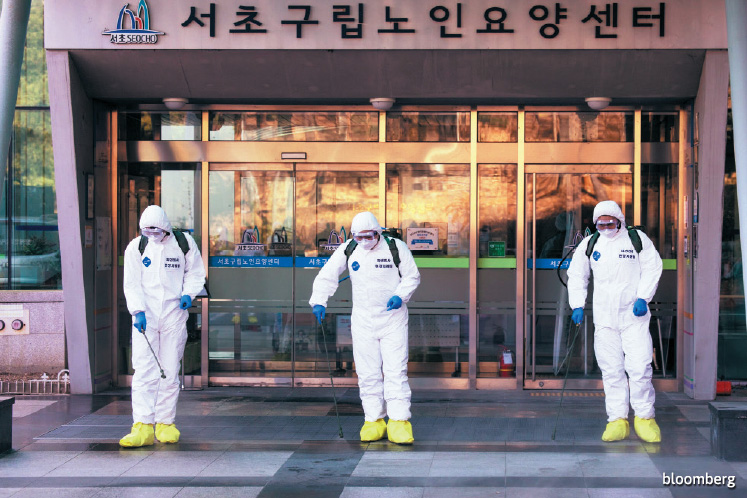 The ongoing Covid-19 outbreak will devastate the poor, which will result in more unrest and migration, leading to regional, if not global, conflict

A classic is a book everyone buys for their shelves and seldom reads. French economist Thomas Piketty’s book, Capital in the Twenty First Century (2014), became a bestseller because he signalled the important role of capital in capitalism and the huge inequality, at exactly the time after the 2008 global crisis when the rich Western middle class was having second thoughts about the promises of capitalism and globalisation.

Piketty dug into several centuries of data on wealth as well as income and came up with two major conclusions. First, social inequality is not economic, but deeply political. Second, with forces pushing for both convergence and divergence, “there is no natural, spontaneous process to prevent destabilising, inegalitarian forces from prevailing permanently”. His view, however, is that one fundamental force for divergence is that when the rate of return on capital (r) is greater than the growth rate of the economy (g), then inequality widens.

Prior to the 20th century, data on French landowners showed that when there was high population and scarce land, inequality rose. The two World Wars destroyed landed wealth and, with the spread of education and knowledge, inequality fell. The rise of China and other emerging markets narrowed income and wealth between the rich and poor countries, but within each country, income and wealth gaps widened. In other words, inter-country gaps converged, but intra-country gaps widened.

Piketty had a bestseller, but it was the English economist Angus Deaton who won the 2015 Nobel Laureate in economics for integrating the analysis of consumption, poverty, welfare and health to explain social inequality. Nobel Laureate Joseph Stiglitz summed up the American “Great Divide” in income and wealth as “Of the 1 Percent, by the 1 Percent and for the 1 Percent”. It was the global financial crisis of 2008 that brought growing inequality to the top of the political agenda.

My former colleague at the World Bank, Serbian-American economist Branco Milanovic, has made a name for himself with his “elephant curve” — which showed how the super-rich in the advanced economies, which he calls the “plutocrats”, were the big winners, the next beneficiaries being the middle class in emerging Asia, mostly China, India, Thailand, Vietnam and Indonesia.

This middle-class white anger has erupted in populist politics, culminating in a major shift towards protectionism in terms of trade and immigration. Brexit and the swing towards the right in Europe and the US are clearly the result of this anger.

In short, everyone complains about inequality, but without active policies to address inequality, it will not shrink. So, the issue is, first, is inequality natural, with a tendency to widen and, second, what can we do about it?

A group of Dutch environmental scientists and historians reported in Proceedings of National Academy of Science (PNAS) of the United States (2017) that there was a strong similarity between inequality in nature and human society. Studying the dominance of a fraction of a natural community — whether mushrooms, fish, crustaceans, tree seedlings, rodents, ants and birds or phytoplankton data, human gut bacteria and Amazonian tree species — it has been found that, typically, 1% of the community would account for more than 50% of all resources. For example, just as the top 1% super-rich own 50% of wealth, and 1% of the Amazon tree species account for 50% of total stored carbon.

An explanation is that the poor cannot get out of poverty when they suffer shocks, just as the minority species loses or dies out when natural disaster hits. The flip side of “winner takes all” is “losers can’t get out of sticky poverty”. The ongoing Covid-19 outbreak will devastate the poor, which will result in more unrest and migration, leading to regional, if not global, conflict.

In nature, the most abundant species suffers proportionally more from natural enemies, such as predators or diseases, which then restores balance. War and pandemics might cut down human population, but the rich are also able to protect themselves better against losses than the poor.

So, historically, human inequities are balanced through war, revolution or institutional innovations, such as welfare provided by religious bodies and, in the 20th century, higher income and inheritance taxes, as well as social welfare safety nets. These have not worked so well in the post-2008 period, owing to massive gains in financial and real estate wealth arising from the quantitative easing (QE) monetary policies. Some argue that the rich and influential have captured the political process, resulting in the status quo.

Information networks, by nature, follow power laws, meaning that they exhibit “winner takes all” characteristics. Thus, information networks such as media platforms show high degrees of concentration, such as tech platforms, media giants and banks, in which a few companies are dominant.

This implies that inequality is much more prevalent in nature and society than the ideology that “all men are equal”.

Society is unequal, and we need politics to solve that inequality.

Here is where it gets really wicked. On any subject, one-third of society denies there is a problem. One-third is uncertain and can be persuaded (the silent majority) and one-third thinks that something should be done — but it cannot quite agree on what. Thus, it is the conservative faction that resists change and prefers the status quo — you would too if you are part of the 1%.

Malaysia is a good example of how affirmative action in terms of its New Economic Policy succeeded in narrowing inequality in the last 30 years by creating a professional middle class. But once vested interests are entrenched, it is much more difficult to make further inroads into addressing social inequality. If wealth is generated more through entrepreneurship, acquiring the skills of risk-taking requires much tougher education and re-skilling in a range of entrepreneurial skills. You learn to trade only by trading and taking risks.

Life is therefore inherently unfair. Complaining about it will not change reality. Addressing social inequality is not a technical issue, but one of individual and political will. There are no more short-term low-hanging fruits to be plucked. These have already been plundered or captured.

Safety nets stop the slide into dire poverty, but will not lift anyone into middle income. All must accept short-term pains to make long-term gains.

But, if politicians hesitate to sacrifice their own political capital to do so, are you surprised that everyone is so cynical about the future?