CMCO in Selangor, KL and Putrajaya from Oct 14-27 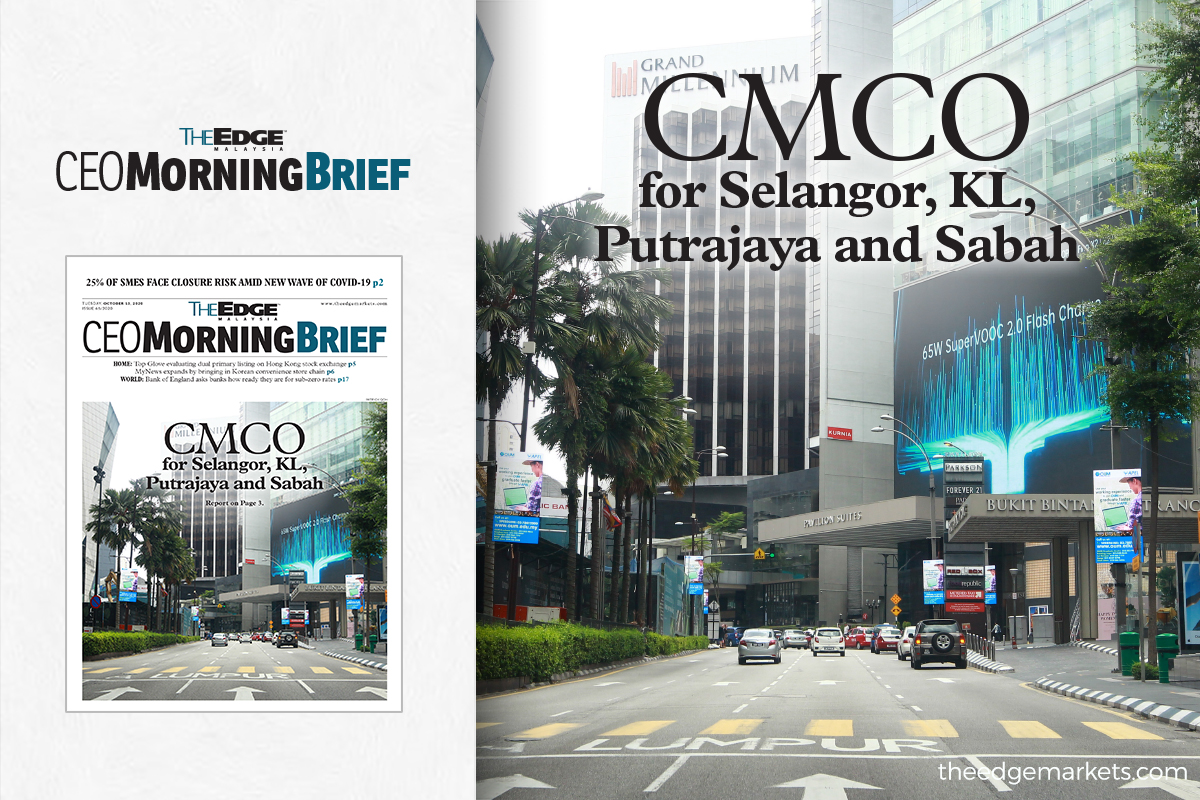 According to him, the decision was reached at a special National Security Council (MKN) meeting chaired by Prime Minister Tan Sri Muhyiddin Yassin today after receiving the advice of the Health Ministry (MoH) and taking into consideration the increasing cases and spread of Covid-19 such as in Klang, Petaling and Gombak.

“Movements across districts, would not be allowed. However, workers who need to cross districts need to show work pass or letter of approval by the employer,” he said in a virtual media conference via Ministry of Defence Facebook site.

He said all schools, institutions of higher learning, kindergartens, nurseries, tahfiz centres, public parks and recreational centres would be closed and only two persons would be allowed from one household to go out to purchase necessities.

Ismail Sabri said mosques, suraus and non-Muslim houses of worship are also closed, while all sport, recreational, social and cultural activities as well as wedding and engagement ceremonies would also not be allowed.

Apart from that, he said entertainment centres and night clubs are also not allowed.

However, Ismail Sabri said all economic, industry and manufacturing activities in Selangor, Kuala Lumpur and Putrajaya are still allowed to operate as usual and the list of further and detailed standard operating procedures (SOP) would be announced by MKN soon.

On violations or defying the Recovery Movement Control Order (RMCO), he said police detained 617 individuals and from the total, 44 individuals were remanded while two were granted bail yesterday.

He said the increase in the number of arrests proved the authorities are not compromising with any individuals or premises for not complying with the SOP stipulated by MKN.

“The Compliance Operation Task Force will be stepping up inspections and take action against any premises owners or members of the public for not adhering to the stipulated RMCO SOP,” he said.