Concessionaires plunge ahead of announcement on toll charges 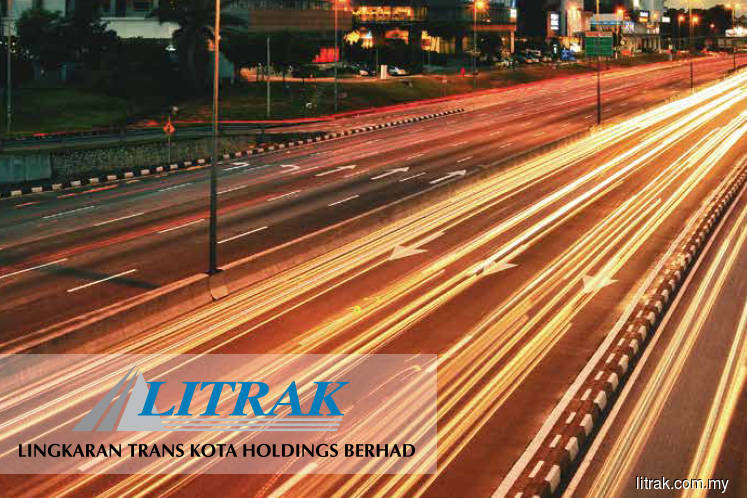 KUALA LUMPUR (May 18): Lingkaran Trans Kota Holdings Bhd (Litrak) continued to be pummeled today to a one-and-a-half year low of RM4.75 after the Council of Eminent Persons said it is likely to make an announcement on toll charges as early as next week.

Litrak, which operates the Damansara-Puchong highway (LDP) and SPRINT highway, lost as much as 39 sen or 7.59% in early trade today, making it the top decliner on Bursa Malaysia despite thin trades of 44, 200 shares crossed as at 10.23am.

However, it was not the only listed toll concessionaire hit as WCE Holdings Bhd, which manages the West Coast Expressway, also saw shares decline 5.5 sen or 6.18% to 83.5 sen in early trade.

Gamuda Bhd, which was involved in the construction of the LDP, SPRINT and Shah Alam Expressway, followed a continued decline, declining 7 sen or 1.62% to RM4.26 on some 2.11 million shares traded.

Gamuda also holds a 60% stake in SRS Consortium, which is the project delivery partner of the Penang Transport Masterplan and the Kuala Lumpur-Singapore High Speed Rail project.

Tan Sri Zeti Aktar Aziz, a member of the Council of Eminent Persons, yesterday said that the council would engage in another round of meetings on toll restructuring with the relevant agencies and shareholders next week.