Concerns about B10 mandate 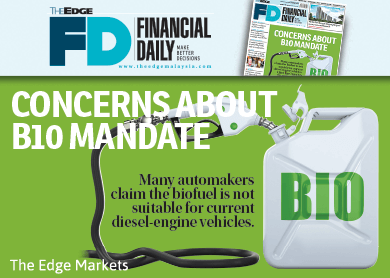 KUALA LUMPUR: Automobile makers and associations have stepped out to express their concerns over the implementation of B10 biodiesel programme coming this October, stressing that the biofuel is not suitable for the current diesel engines.

This came after BMW Malaysia’s recent claims, stating their tests with B10 biodiesel worldwide found technical challenges such as palm’s fatty-acid methyl ester thinning motor oil, which led to oil sludge and reduced lubricity with the risk of severe engine damage.

Meanwhile, Volkswagen Malaysia commented, “Running B10 biodiesel on our diesel engines will produce adverse effects as well as void the warranty.”

“We hope the government could revise its decision,” the company urged.

Supporting car manufacturers’ view, Malaysian Automotive Association (MAA) has stressed that the current diesel cars in the market are not suitable for the usage of B10 biofuel.

“We submitted our memorandum to the government last year,” MAA chairman Datuk Aishah Ahmad told The Edge Financial Daily over the phone.

“Our stance is clear; the diesel vehicles in Malaysia can only run on the B7 biodiesel,” she said. Thus, she hopes the government could revise its decision on the implementation of B10 programme.

According to her, the government has yet to discuss with them over B10 programme.

However, government officials have said the “discussion” with the stakeholders is ongoing and expected to be concluded by this month. A paper will be submitted to the Cabinet for further deliberation following that.

Bermaz Motor Sdn Bhd, the sole distributor of Mazda in Malaysia, said it had been forced to adjust its marketing strategy in view of the new fuel policy.

“If the government was to implement the new mandate, we may have to scrap the plan to bring in biodiesel cars,” its managing director Datuk Ben Yeoh Choon San told The Edge Financial Daily via call.

“We have planned to introduce biodiesel cars in Malaysia, but if the fuel policy is not suitable then we will not bring in diesel-engine vehicles,” he said. “Government should consult all the manufacturers, or else there will be no advantage as they will not allow their diesel vehicles to be imported.”

According to him, the group’s vehicles are using Euro 5 biodiesel engine, which is not compatible with the B10 biodiesel.

Joining the bandwagon, president and chief cxecutive officer (CEO) of Mercedes-Benz Malaysia, Roland S Folger, said the group’s diesel-powered passenger cars, vans and trucks can use up to 7% Biodiesel Blend (B7).

Thus, he said the introduction of B10 biodiesel requires further considerations.

“Mercedes-Benz Malaysia remains in constant contact with the relevant stakeholders to ensure that Malaysia’s automotive market remains a level playing field in all aspects, fuel included,” he added.

When contacted, the Malaysia Automotive Institute stressed that the introduction of B10 biodiesel requires further considerations.

“We are in the midst of gathering inputs from the ministries, agencies, as well as the industry players,” said its CEO Madani Sahari.

According to him, feedbacks gathered by the Malaysian Palm Oil Board over the new mandate include fuel filter plugging, injector deposits, engine oil dilution and degradation, material compatibility, component damage in engine and engine performance.

“Thus, we think the introduction of the B10 would require detailed discussion and further consideration.

“The consultation and discussion should focus more on maintaining the stability, prosperity and the development of Malaysia’s automotive and palm oil industries as well as promoting renewable energy that contributes to a cleaner environment,” he added.

Despite the drawback voiced by carmakers, a source in the biofuel industry said tests conducted by the authority found that B10 is actually compatible with current diesel-powered cars in the market.

“We have tested it several times and did not find any damages in the engine,” the source claimed.

As at press time, the government had yet to reply to The Edge Financial Daily’s enquiries.

Earlier, Plantation Industries and Commodities Minister Datuk Seri Douglas Uggah Embas was quoted by Bloomberg as saying that the government is in the midst of consultations on the B10 mandate.

“We hope they understand the need for us to have some mechanism to assist the palm oil industry. Of course, if that mechanism is causing issues, we’ll sit down and discuss how these issues can be resolved,” he said.

The government’s biodiesel mandate is to keep palm oil inventory in check and reduce the reliance on fossil fuel usage.

Under the 11th Malaysia Plan, the government is targeting to implement the B15 mandate by 2020. 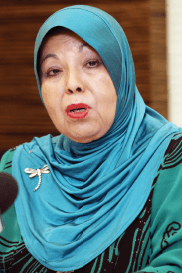 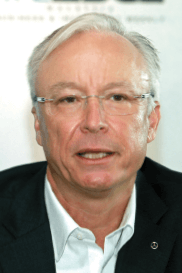 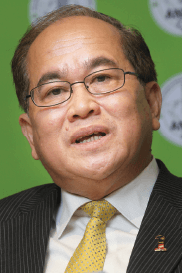