Companies’ foreign borrowings in the spotlight 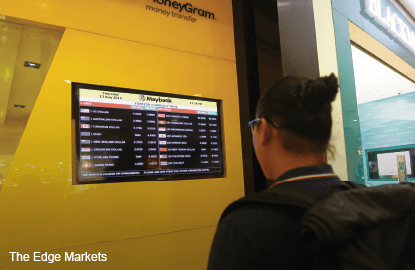 SHARP depreciation of the ringgit and waning confidence in economic growth are not a good combination.

The sharp fall of the ringgit against the US dollar brings back memories of conglomerates with high foreign currency-denominated borrowings becoming cash-strapped as a result of soaring interest expenses.

So far, analysts have not raised any red flags, but some have noted that companies with exposure to foreign borrowings would likely see lumpy foreign exchange losses in the coming financial quarters.

Take Press Metal Bhd, for example. The group recognised RM97 million in unrealised foreign exchange loss for the quarter ended March 31, 2015 because of RM1.26 billion in US dollar-denominated debts. The group’s foreign currency borrowings make up almost 68% of gross debts.

Without the foreign exchange losses, profit before tax would have been RM167.2 million, instead of RM70.2 million.

However, the exchange losses that companies will be booking are only paper losses for the time being — hence, they are booked as an “unrealised loss”. Operationally, Press Metal’s earnings are improving, up from RM40.6 million the previous year as it recovers from the forced shutdown of the Mukah smelting plant.

The higher interest rates on US dollar-denominated borrowings shouldn’t present a problem either, as Press Metal’s receivables are primarily in US dollars, too, and will act as a natural hedge.

That said, the ringgit has weakened by 10% since March 31, which means more foreign exchange losses.

Yet, Press Metal’s over RM1 billion in US dollar-denominated debt is in fact relatively small compared with the conglomerates that are listed on Bursa Malaysia.

The sheer size of debts taken on by these giants (see Table 1) might seem alarming, but most of them have relatively reliable cash flows. This is unlike in 1998, when most companies were financially stressed because of the mismatch between ringgit revenue and foreign currency-denominated loans.

While these utilities may have to bear some foreign currency losses in the near term, their cash flows from operations should be sufficient to cover their debt obligations.

YTL Power (fundamental: 1.20; valuation: 2.40) and Malakoff have the added advantage of not being exposed to fluctuations in fuel costs that TNB bears.

That said, TNB (fundamental: 1.30; valuation: 2.40) gets AAA ratings for its borrowings because it controls a structural monopoly of the transmission and distribution of electricity.

When it comes to high debt levels, the real concern is over companies whose businesses could be disrupted by a sudden downturn in the business cycle, or those that have a big mismatch between the currency of revenue and the currency of their debts — airlines, for instance.

“The weakening ringgit creates a headache for AirAsia. However, low jet fuel prices will be a Panadol to help ease the headache,” notes Maybank Investment Bank Aviation analyst Mohshin Aziz.

AirAsia had hedged 43% of its US dollar-denominated borrowings.

While the low-cost carrier’s bottom line will be hit by losses on foreign currency translation, it should not affect the company’s core earnings, says Mohshin.

“Of course, there will be a translation loss, but we don’t look at it when it comes to core earnings. The US dollar borrowings that AirAsia has are for 12 years or more ... plenty of time for the ringgit to rebound,” he points out.

In the meantime, AirAsia’s cash flow should cover the higher interest rate payments on these borrowings, he says.

SapuraKencana Petroleum Bhd (fundamental: 0.85; valuation: 0.80) is the only non-utility in the top five companies with the most borrowings. The oil and gas services provider has over RM15.56 billion in net debt, a net gearing of 128%. It has over RM13.9 billion in US dollar-denominated debts or 81.6% of gross debts.

In the near term, foreign exchange losses are expected to eat into SapuraKencana’s earnings. On the bright side, most of its revenue is denominated in US dollars, which is normal in the oil and gas industry, thus neutralising the foreign currency risk.

It is common for oil and gas companies to have high US dollar-denominated debts.

It is important to note that SapuraKencana also has a much stronger earnings pipeline to support its debts, for now. The group has a decent order book of RM25 billion. The challenge, however, will be in sustaining order book replenishment, with crude oil prices averaging US$59.93 a barrel this year.

Nevertheless, jobs have not dried up completely. SapuraKencana last month won a RM1 billion contract from India’s Oil and Natural gas Corp Ltd. Still, SapuraKencana has high expectations to meet when it comes to order book replenishment. Analysts expect the group to bag RM6 billion to RM8 billion in new contracts this year.

With oil majors scaling back exploration and production, this will put pressure on the company’s heavily geared balance sheet going forward if the situation does not improve.

Interestingly, many of these companies with high foreign currency borrowings are government-linked corporations. (see Table 2).

The Khazanah Nasional group of companies has racked up over RM41.67 billion in net debt. With the exception of UEM Sunrise Bhd (fundamental: 1.50, valuation: 2.60), most of the companies would be considered to have stable cash flows.

Still, UEM Sunrise’s gearing is relatively low at 0.27 times. Furthermore, the group has a vast landbank, which can be sold to support its debts. Hence, while the debts seem high, the Khazanah companies should be able to weather the volatility and service their debts.

Tan Sri Syed Mokhtar Albukhary’s group of companies has a different risk profile. MMC Corp Bhd is heavily vested in construction, which tends to be a cyclical industry that seems to have reached the peak of the cycle.

At least MMC (fundamental: 0.40, valuation: 2) has been able to reduce its gearing substantially since Malakoff ceased to be its 51%-held subsidiary post-listing, allowing MMC to deconsolidate Malakoff’s debts from its books.

DRB-Hicom Bhd, however, may be a concern to Syed Mokhtar. The latest available total industry volume figures show a sharp decline in automotive sales this year. Proton, which is under DRB-Hicom, was no exception with year-to-date sales falling 23% to 32,652 units as at April.

The silver lining for DRB-Hicom is that there has been a 27% increase in sales volume for Honda cars, which the group assembles. Other marques that DRB-Hicom assembles include Mercedes-Benz and Volkswagen.

However, with consumer confidence hitting new lows, softer automotive sales could pose a challenge for DRB-Hicom, especially if it allows inventories to build up.

Moving forward, volatility isn’t all doom and gloom for investors. While the weakness of the ringgit will hurt the bottom lines of some companies, it will also create opportunities for long-term investors who have confidence in the underlying fundamentals of companies and their resilience in a down cycle. 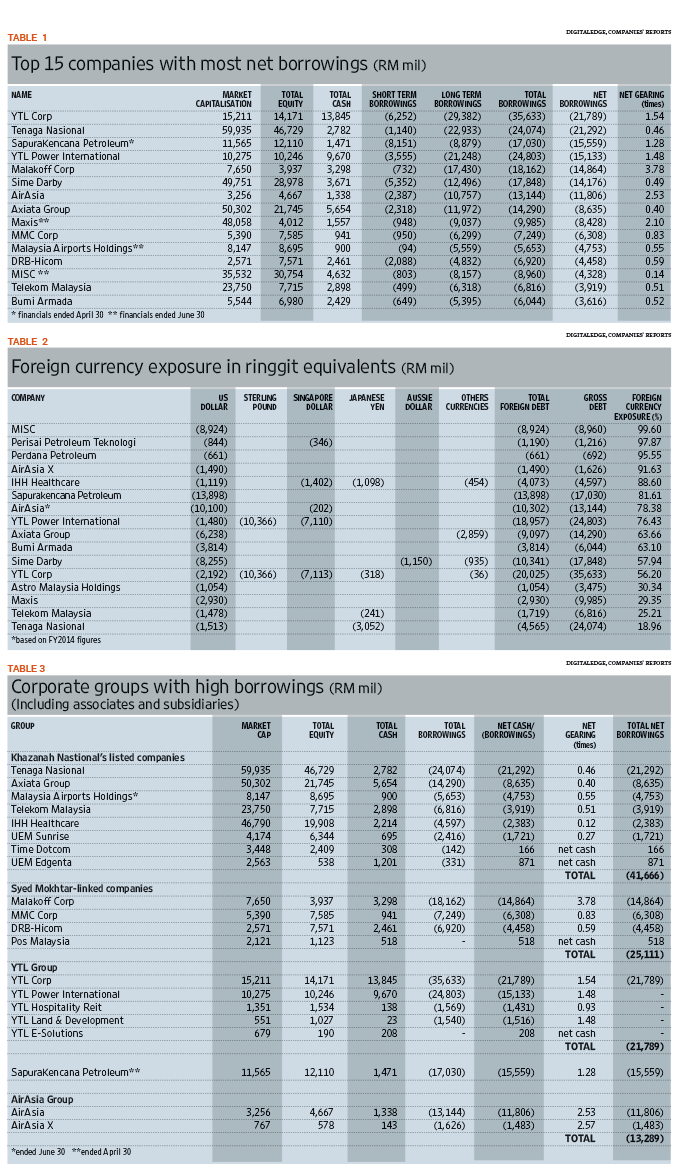