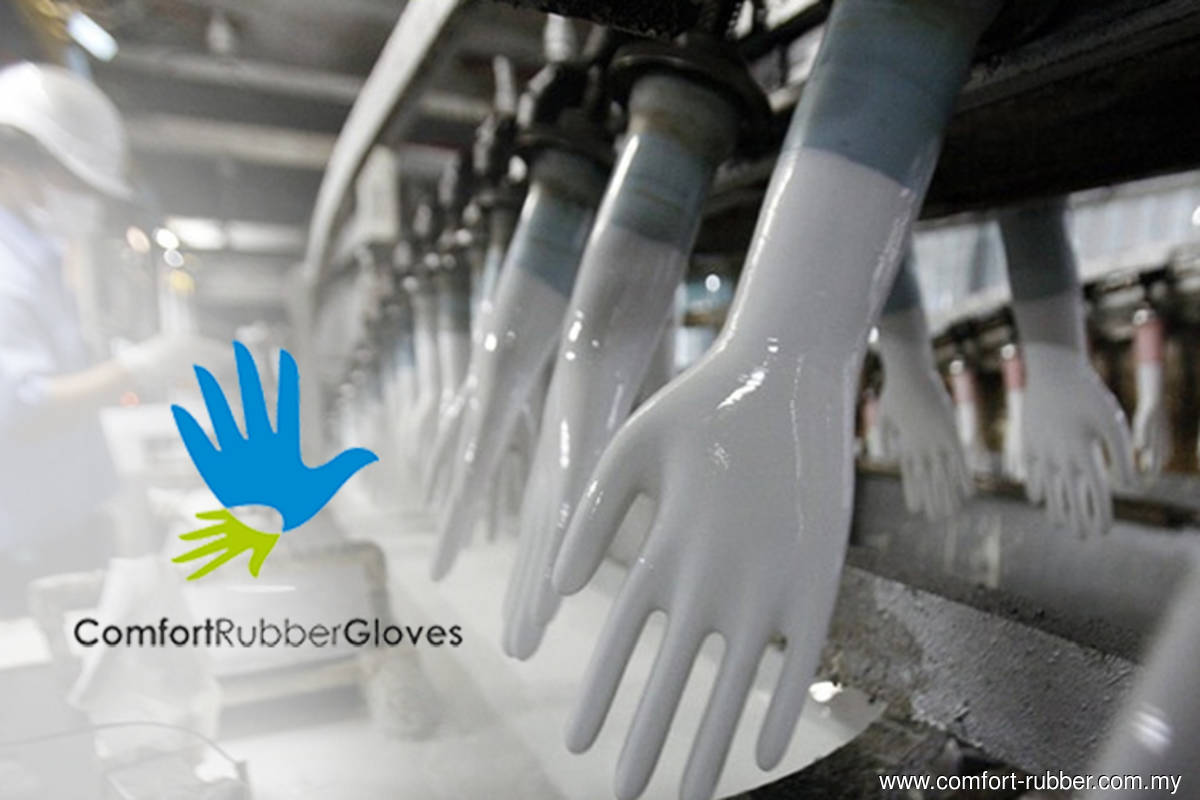 The glove maker attributed the stellar set of earnings figures to higher sales volume and average selling prices, as well as better economies of scale.

The group declared an interim dividend of four sen, to be paid on July 22.

"We plan to commission an additional seven double former dipping lines, which [are] expected to be completed towards the end of the financial year ending Jan 31, 2022 (FY22). With all the completed production facilities, the group will be capable of producing up to 8.6 billion gloves per annum," it said.

Comfort Gloves expects global glove consumption to increase in the long run as a result of continuing increase in usage of gloves as a protective barrier in the healthcare sector and an increase in hygiene awareness of non-healthcare sectors, such as hospitality, food services and personal care, since the outbreak of Covid-19.

The group said it intends to capitalise on this opportunity to develop a steady customer base.

In a separate filing, Comfort Gloves said its board has resolved to withdraw the resolutions on the proposed allocation of awards to Datuk Lau Eng Guang and his son Brian Lau Joo Kien under its employees' share scheme from being tabled for shareholders' approval at the 80th annual general meeting tomorrow.

The group said it has received a letter of withdrawal from the two of them.

Comfort Gloves shares closed at RM2.15, up six sen with 10.65 million shares changing hands. The stock has fallen 67% from the record high of RM6.58. Its market capitalisation stood at RM1.25 billion.