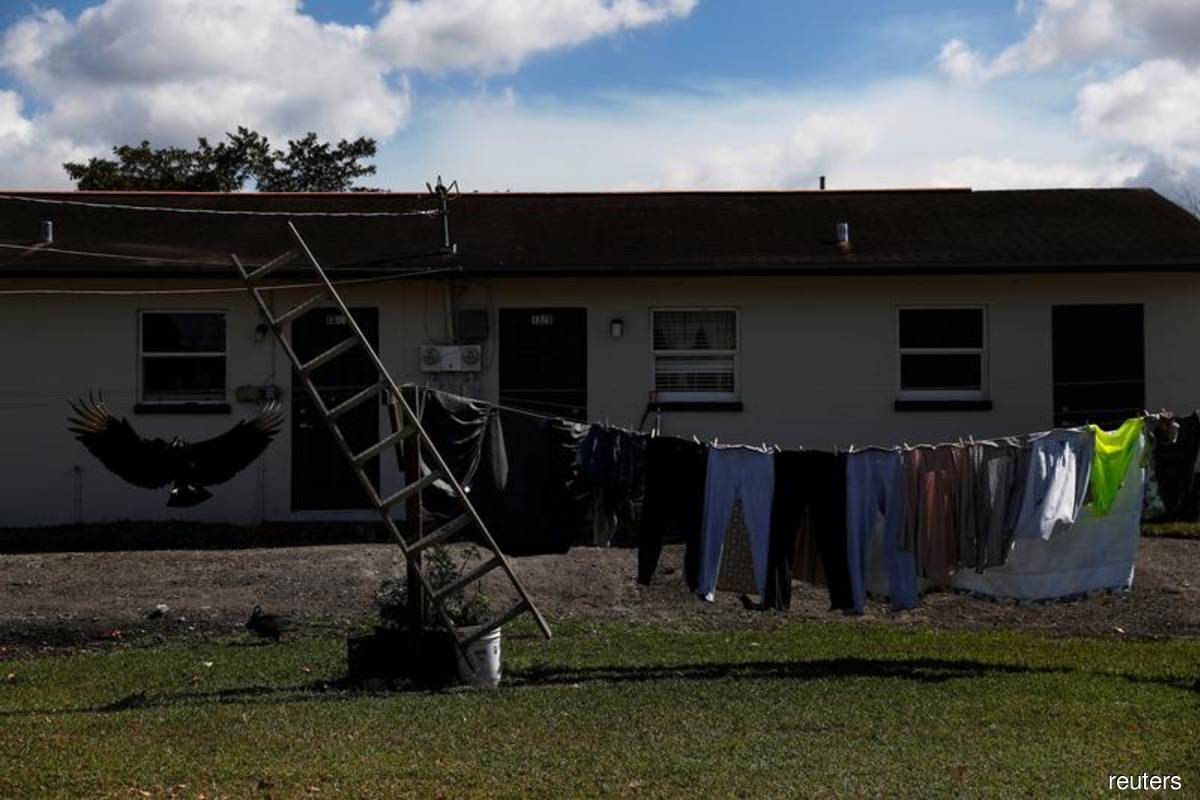 WASHINGTON (March 22): US home sales dropped to a six-month low in February amid cold weather in many parts of the country and record low supply, and a rebound could be muted by rising mortgage rates, as well as higher house prices.

Still, the report from the National Association of Realtors on Monday showed robust demand, with houses only staying on the market for a record-low 20 days last month, after being listed.

The slump in sales did not dampen expectations for robust economic growth in the first quarter, as brokers' commissions only account for a fraction of gross domestic product. Growth is seen boosted by the White House's massive US$1.9 trillion fiscal stimulus and increased vaccinations against Covid-19, which are allowing more parts of the economy to reopen.

"Severe winter weather depressed sales in February," said Daniel Silver, an economist at JPMorgan in New York. "But pending home sales already had been trending lower before the bad weather; existing home sales also are cooling off, following a robust run due to some other factors apart from the weather."

Existing home sales dropped 6.6% to a seasonally-adjusted annual rate of 6.22 million units last month, the lowest level since last August. Sales declined in the Northeast, South and the Midwest, but rose in the West.

Economists polled by Reuters had forecast sales would drop 3.0% to a rate of 6.50 million units in February. Home resales, which account for the bulk of US home sales, increased 9.1% on a year-on-year basis, keeping them perched well above their pre-pandemic level. Activity continued to be concentrated in the upper price range of the market.

Warmer temperatures, an acceleration in the pace of coronavirus vaccinations and the massive fiscal stimulus are expected to spur a sharp rebound in activity in March.

The housing market, however, is seen lagging after being one of the main drivers of the economic recovery from the pandemic, as Americans sought bigger and more expensive houses for home offices and remote schooling during the pandemic.

Stocks on Wall Street were trading higher, though the PHLX housing index fell. The dollar slipped against a basket of currencies. US Treasury prices rose.

Home resales have been running ahead of contracts. The 30-year fixed-rate mortgage has risen to a nine-month high of 3.09%, according to data from mortgage finance agency Freddie Mac. Though mortgage rates remain historically low, the sustained increase since February is contributing to making homeownership more expensive for first-time buyers.

Mortgage rates have risen in tandem with US Treasury yields, which have spiked in anticipation of stronger economic growth this year and higher inflation from the fiscal stimulus.

Growth estimates for the first quarter top a 6% annualized rate. The economy grew at a 4.1% rate in the fourth quarter. It is forecast to expand 7.0% this year. That would be the fastest growth since 1984 and would follow a 3.5% contraction last year, the worst performance in 74 years.

Economists, however, do not believe another housing bubble is developing, noting that the surge is being mostly driven by a mismatch between supply and demand, rather than speculation, which triggered the 2008 global financial crisis.

"Demand for homes has been strongest at the upper-end of the price range, where the supply of homes is unusually tight," said Mark Vitner, a senior economist at Wells Fargo Securities in Charlotte, North Carolina. "We expect price gains to moderate as fears about Covid subside, amid lower case counts and rising vaccinations, and as more homeowners choose to put their homes on the market."

There were 1.03 million previously-owned homes on the market in February, matching January's all-time low. Supply plunged a record 29.5% from one year ago.

Builders are being constrained by record-high lumber prices, as well as shortages of land and labour. At February's sales pace, it would take two months to exhaust the current inventory, an all-time low and down from 3.1 months a year ago.

A six-to-seven-month supply is viewed as a healthy balance between supply and demand. Seventy-four percent of homes sold in February were on the market for less than a month.

According to the NAR, realtors were reporting multiple bids for houses on the market. First-time buyers accounted for 31% of sales in February, down from 33% in January and 32% in February 2020. All-cash sales accounted for 22% of transactions.

"A further rise in mortgage interest rates to around 4.0% by the end of the year will help bring sales back toward their pre-Covid trend," said Matthew Pointon, senior property economist at Capital Economics in New York.