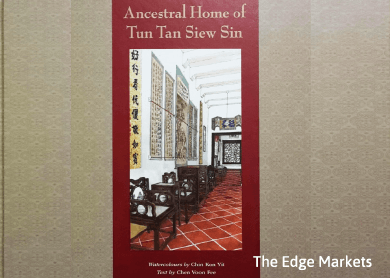 AN INSIGHTFUL TOUR OF A HERITAGE HOME IN MELAKA 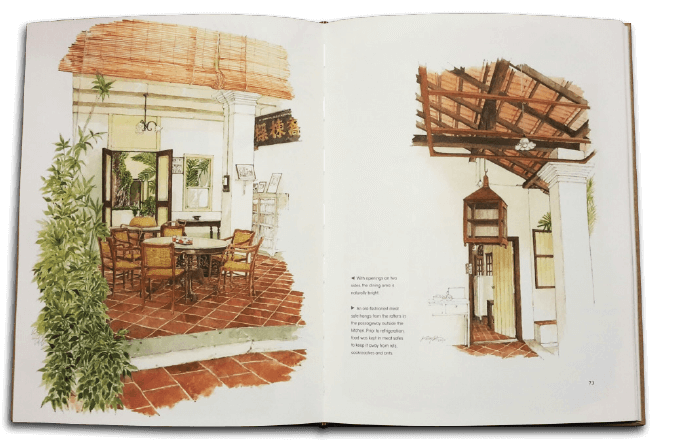 AS a child, the late Tun Tan Siew Sin is known to have lived in a magnificent home in central Melaka. Located in Heeren Street, the house has piqued the curiosity of many Malaysians familiar with the statesman and his father, Tun Tan Cheng Lock, both proud Peranakan Chinese.

After many years of painstaking research, Siew Sin’s daughter Tan Siok Choo has co-authored a book describing her family abode and the many generations that have called it home. Entitled Ancestral Home of Tun Tan Siew Sin, this book was co-authored by the late architect Chen Voon Fee and features stunning watercolour paintings of the house by artist Chin Kon Yit.

The use of paintings instead of photographs is an unconventional way to immortalise the typical Peranakan-style home, and was Siok Choo’s way of putting the book together with a more artistic flair. This move also suits the nature of the book — rather than create yet another coffee table book extolling the virtues of a given space, Ancestral Home of Tun Tan Siew Sin goes into the history of Melaka and the nature of its vibrant architecture, the way Peranakan culture acquired its unique and colourful rituals and of course, a look at the family who first lived there. Indeed, the watercolour paintings bring vivid life to the home that mere photographs cannot, highlighting minute details that even escaped the meticulous eyes of the two co-authors themselves.

The book puts the home and its architecture in context by beginning with an introduction to the property and its famous residents, while the second chapter delves into the history of Melaka and the evolution of Peranakan culture. An impressive amount of research puts to rest many queries people have had about this hybrid culture in the past, and also addresses other pivotal issues such as the real identity of Princess Hang Li Po. This section also includes reproductions of some rare maps from the 17th and 18th centuries, which offer an idea of what this port city was once like.

It is only in the following three chapters that the authors actually get into the details of this glorious family home, beginning from the construction of the house and the original Tan patriarch who lived there, to the tale of the property’s ownership. The description of the house goes into remarkable detail, from the nature of the architecture itself right down to the original lighting, the choice of antique furniture and the small touches that bear cultural and spiritual significance.

The authors also included a family tree for history buffs eager to trace the lineage of the Tan clan, which goes back six generations. When Siew Sin was finance minister, his cousin Goh Eng Swee held a similar role in Singapore at the same time and the family tree also showcases how the two families are interlinked.

Tastefully put together with a sensitive approach to familial ties and national history, this book is a beautiful ode to art and architecture, and is a must-read for anyone yearning for a glimpse of the treasures within this stately Peranakan abode. 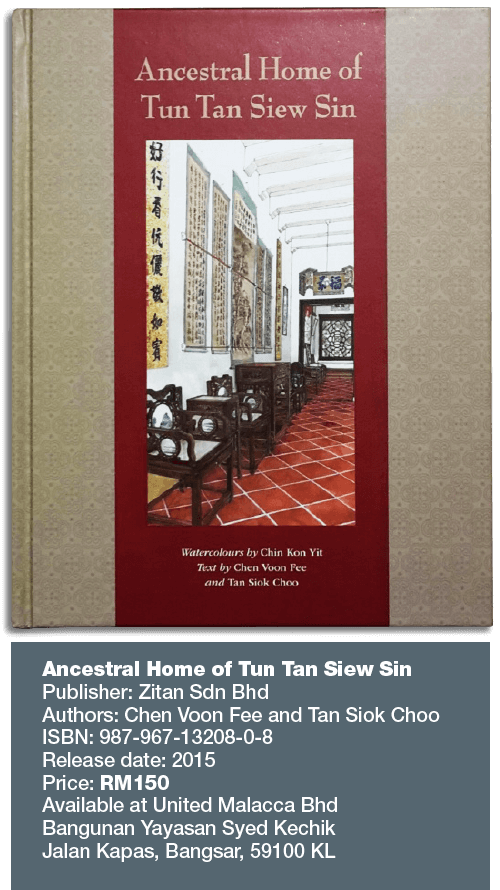