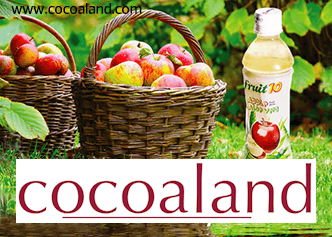 KUALA LUMPUR: Cocoaland Holdings Bhd was the fifth top gainer on Bursa Malaysia yesterday — hitting an intra-day high of RM2.60. But its share price closed at RM2.46 — 24 sen, or nearly 9% shy of its new suitor First Pacific Co Ltd’s offer of RM2.70 a share to buy out its business, as uncertainties abound over the company’s plans, moving forward.

The group received an indicative non-binding proposal dated May 29 from First Pacific for all its assets and liabilities for RM463.3 million cash.

However, it was not made clear what is in store for Cocoaland’s (fundamental: 2.8; valuation: 2.0) shareholders, in the event that the deal goes through and the confectionery maker becomes a cash-rich shell company. The question is whether Cocoaland would distribute the entire or part of the cash proceeds back to shareholders.

A source close to the company said the board of Cocoaland is now deliberating its next move. In the event that Cocoaland becomes a shell company, the source said the company would consider acquiring other businesses.

“But these are all still under discussion and nothing’s concrete yet,” he told The Edge Financial Daily.

Tan Ee Zhio, analyst with AmResearch Sdn Bhd, had recommended in a research note that investors accept the offer, which it deemed “fair” as it values the company at 18 times its FY15 price-earnings ratio; the offer price is also a 15% premium to AmResearch’s target price of RM2.35 for Cocoaland.

AmResearch said F&N’s support is crucial for the sale of the business to go through, as First Pacific must have 75% approval from its shareholders to effect the buyout of Cocoaland’s business.