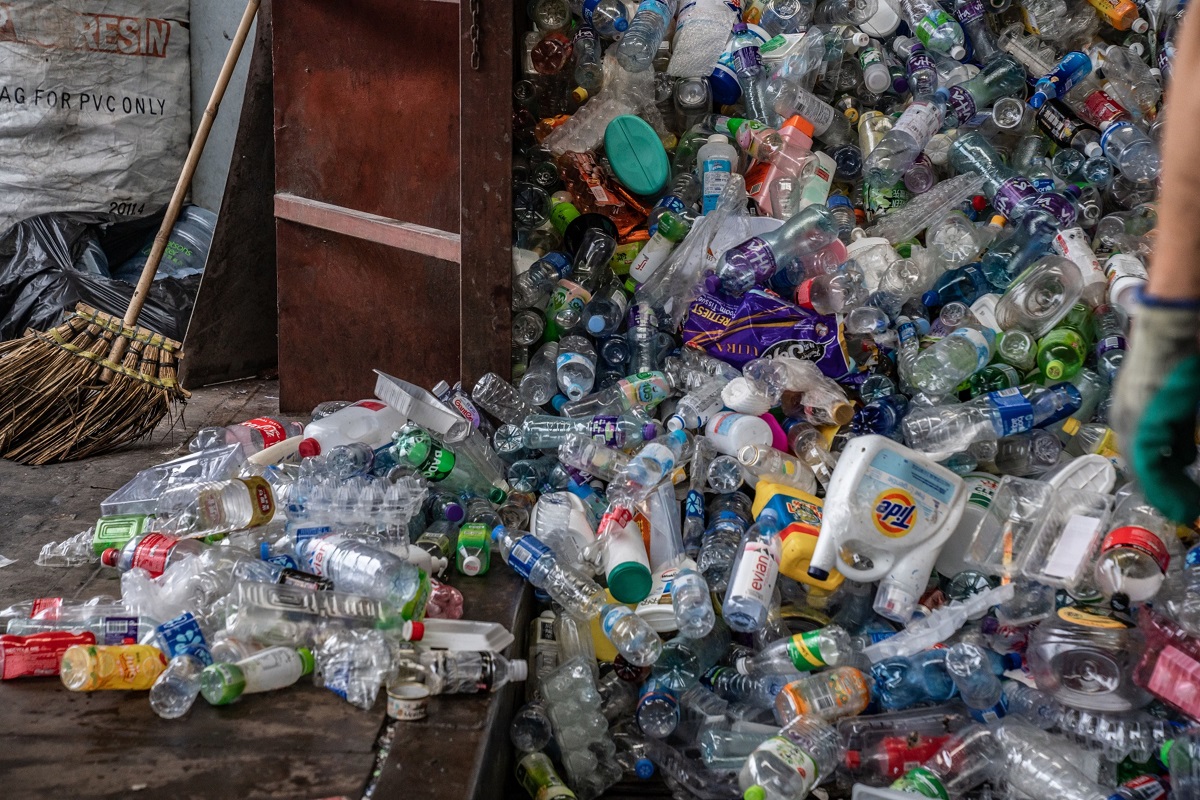 (July 23): In 1978, when Coca-Cola became the first foreign firm allowed back into the People’s Republic of China after the Communist revolution, the company stuck with glass bottles at its new plant, rather than cans or plastic that were superseding them in the West, for one simple reason.

“A good bottle could be recycled, maybe 20 times,” Peter Lee, Coca-Cola’s first president in the country, said in an interview in June. China’s packaging industry was in its infancy, and Coca-Cola decided it could sell more of its fizzy drink by retrieving empty bottles upon delivery and refilling them.

Now recycling is becoming critical to the company’s image, and China again presents one of its biggest challenges. Coca-Cola produces some 3 million tons of plastic packaging globally each year — the equivalent of about 200,000 bottles a minute — and it’s been branded the world’s largest plastic polluter.

A new venture in Hong Kong, a city with one of the worst reputations for unrecycled plastic waste, gives a clue as to how Coca-Cola might tackle the issue. The company’s bottling partner there, Swire Coca-Cola Ltd — controlled by one of Hong Kong’s wealthiest clans — is helping build the city’s first modern bottle recycling plant. It’s among the most ambitious recycling forays yet by one of Coke’s partners, and could pave the way for more sustainable ventures in China.

The joint venture between Swire Coca-Cola, Baguio Waste Management & Recycling, and Alba, a German recycling group, would be able at full capacity to capture most of the 5 million plastic bottles a day that the city consumes. The plant is slated to open in September and would make a profit by exporting the shredded plastic to Europe, where prices are higher because of a requirement that plastic bottles must contain at least 25% recycled material by 2025.

It’s a small step for Asia, where rapid industrialization produced mountains of single-use packaging that can last 400 years. China, Indonesia, the Philippines, Thailand and Vietnam combined dump more plastic into the oceans than the rest of the world put together, according to the Ocean Conservancy. The problem became acute in the region when China stopped taking imported waste in 2018.

It’s particularly serious in Hong Kong, whose 6 million tons of annual waste mostly ends up in landfills that are almost a quarter plastic. What recycling the city has is mostly done by thousands of scrap collectors, street cleaners, janitors and domestic helpers who sift trash for what they can sell.

Hong Kong aims to eliminate landfills by 2035, an ambitious goal given falling recycling rates and political infighting that stalled a solid-waste charging plan. The government is backing a campaign by the Single-Use Beverage Packing Working Group, with support from firms such as Swire, to add recycling stations and install reverse vending machines that pay HK$0.05 per returned bottle, said Paul Zimmerman, chairman of the group.

The idea is to encourage the trash pickers to retrieve more plastic, which used to be collected by larger traders and shipped to China before the 2018 scrap ban. To do so, the price for returned bottles must be higher, as is already the case with cans, which are mostly recycled, Zimmerman said. The pandemic has made the problem worse, with consumption doubling for some plastics for food deliveries, according to environmental watchdog Greeners Action, which says the city is facing a “plastic disaster.”

Critics say private ventures such as Swire’s won’t be enough to solve the problem without a universal government recycling program. Even if successful, the Swire project would still produce carbon emissions to process and ship the material to Europe.

“Relying on voluntary actions will take too long,” said Friends of the Earth Chief Executive Jeffrey Hung. He said Hong Kong is “decades behind” cities like Seoul and Taipei that charge the public for waste.

Hong Kong’s environmental protection department said it plans to create programs for producers to reduce production of plastic bottles and tableware at source. It wants to strengthen community recycling and expand collection from non-commercial sources. The department said Hong Kong recovered about 30% of its municipal solid waste for recycling in 2019.

For Coca-Cola and its partners, the problem extends far beyond Hong Kong. The US-based company consistently ranks as the top plastic polluting company in Break Free From Plastic’s annual audit. Coke has launched a gamut of recycling programs, from backing chemical plants to designing everything from iPhone cases to bomber jackets out of used bottles.

The diversity of plastic types is a challenge for collection systems, Coca-Cola said in a reply to questions. Coke backed Singapore-based Circulate Capital, an investment fund focused on ventures and innovations to keep plastic from Asia’s oceans.

“We recognize and share the growing global concern about plastic pollution and acknowledge that The Coca-Cola Company has a responsibility to help solve it,” the company said. “We are taking our responsibility head on.”

Swire Pacific, flagship of the billionaire Swire family, bottles and sells Coca-Cola’s drinks in a dozen provinces and municipalities in mainland China, putting it at the center of any drive to boost recycling in Coke’s third-largest market. Forthcoming rules for producers on sustainable manufacturing will largely determine whether the Hong Kong program can be replicated on the mainland, said William Davies, head of sustainability for Swire Coca-Cola.

Coke has vowed to make all of its bottles recyclable by 2025. But there are no signs the drinks giant will change its business model, which relies on outsourcing production and distribution, avoiding the cost of owning and operating infrastructure like waste management, said Bart Elmore, author of “Citizen Coke: The Making of Coca-Cola Capitalism.”

Coca-Cola’s recent efforts to embrace recycling and back some deposit systems shows “just how problematic the plastic pollution had become for Coke,” Elmore said.

For decades, the company fought efforts to add a refundable deposit for bottles, arguing that municipal recycling systems were a better solution. Coke said it is now actively involved in more than 35 deposit systems.

The US company invested in a recycling plant in South Carolina in 2009 but exited two years later. A Coca-Cola distributor in Indonesia signed a deal to build a recycling plant, and Coke teamed up with Indorama Ventures to build another in the Philippines.

But even in developed countries like the US, most plastic containers are not recycled. In Hong Kong the proportion is only 14%.

“How do we change?” said Lee, the former Coca-Cola executive. “It’s not just Coke, everything is made of plastic. You go to any store to buy a drink — you name it — it’s all plastic.”