A closer look at the latest data on ethnic income gap 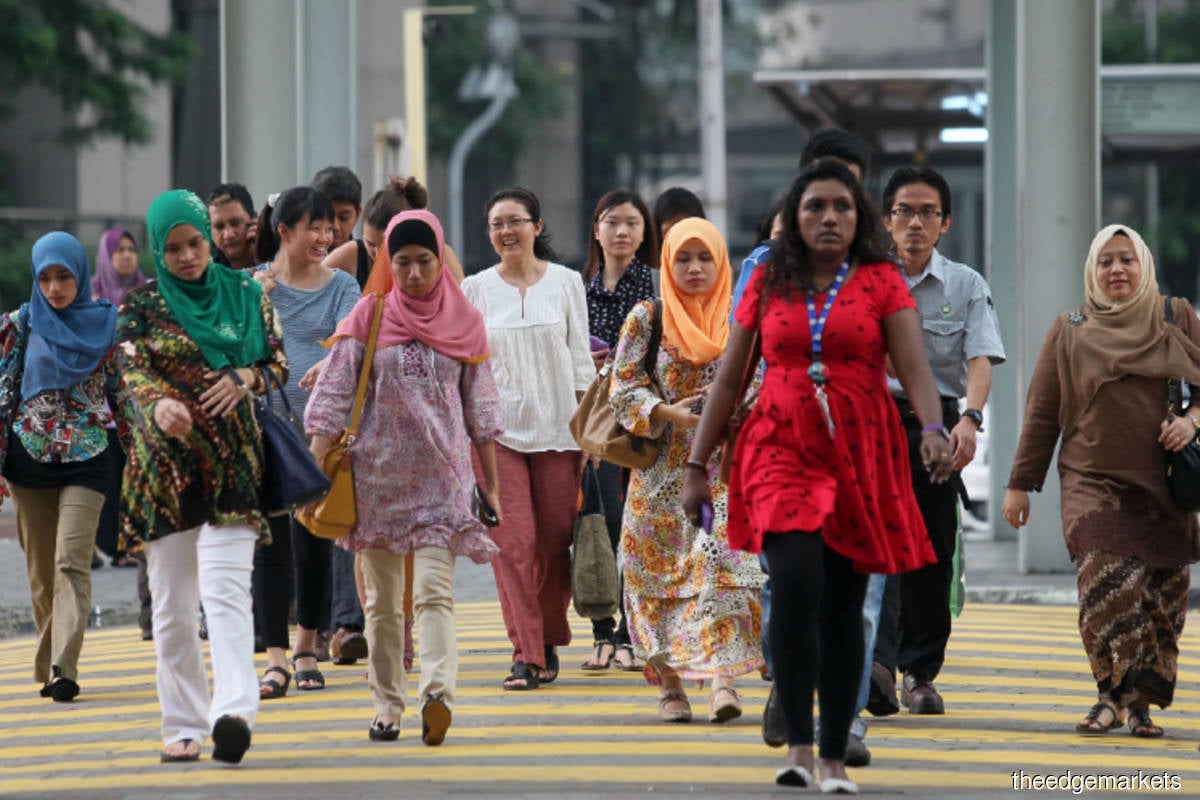 SOME may be surprised by the fact that bumiputera households made up 53.5% of the 1.72 million households in Malaysia that had more than RM10,000 in monthly gross income in 2019.

Yet, being the majority at 69.3% of 29.38 million Malaysian citizens and 65.1% of 7.28 million households, the ethnic group ranks high in both things to be proud of, such as the most number of graduates and people earning high incomes, and areas that need to be worked on, such as relative poverty and graduate unemployment. Bumiputera individuals made up 62.6% of the 32.52 million Malaysian population, which included 3.14 million non-citizens of different nationalities (who collectively exceed the 2.01 million Malaysians who are Indian).

While bumiputeras had more graduates (degree plus diploma) than other ethnic groups put together, it is worth noting that due to the larger population base, only 16.9% of bumiputeras (3.44 million) were graduates compared with 18.8% of Chinese (1.26 million) and 18.3% of Indians (368,900). There was also a larger proportion of bumiputera households in rural areas, at 27.4% — above the national average of 20.2% — compared with only 6.4% Chinese and 5.5% Indians.

It is not immediately known just how much the average is weighed down by strata as well as the larger base effect. The RM3,828 median and RM6,561 average (mean) rural household income were both lower than the national level of RM5,873 median and RM7,901 average. The urban median income was RM6,561 and average, RM8,635.

The DoSM — which described the “wide economic gap between ethnics” as “one of the nation’s biggest challenges” in the HIS report released in July — noted that bumiputeras’ income were, on average, significantly lower than other ethnic groups. It also noted that “accurate and detailed information is needed to formulate policies and precise programmes”.

While the HIS report summary did not elaborate on intra-ethnic inequality, it can be seen from the appended data sets.

The disparity within an ethnic group was the greatest among the Chinese in the highest income class. While making up only 16.8% of total Chinese households, the roughly 316,800 households with a more than RM15,000 monthly gross income accounted for 42.7% of income share for the ethnic group, according to DoSM data.

At the opposite end, the 1.3 million households earning below RM3,000 a month only took home 5.1% of income share while making up 17.9% of total households.

Arguing that instances of poverty among bumiputeras in Sabah and Sarawak are higher than that of Malays in the peninsula, Ong Kian Ming, Bangi Member of Parliament, on July 20 proposed in the Lower House that the poverty line income (PLI) figure for bumiputeras be further refined into three categories: bumiputera Malays, bumiputera Sabah and bumiputera Sarawak to deepen understanding on poverty among the three distinct groups and derive more effective policy action in tackling poverty. Pointing out that the PLI for Selangor at RM2,022 was lower than the country’s PLI of RM2,208 despite a much higher cost of living in the Klang Valley, Ong also asked that the PLI for the states be improved to provide a better picture of reality. He also questioned if the situation on the ground would indeed reflect a PLI of RM2,216 for Kuala Lumpur — only RM8 above the country’s – when the PLI for Terengganu was much higher at RM2,507 as was RM2,537 for Sabah and RM2,131 for Sarawak.

Without more granular data, it is tough to draw deeper conclusions from the HIS report.

Interestingly, only about 352,195 or 21.7% of households in Selangor fell into the bottom 40% (B40) income category, our back-of-the-envelope calculations using percentages provided in the HIS report show.

What is certain is the HIS report is a must-read for anyone interested in getting a better perspective on the country’s ethnic-income narrative.