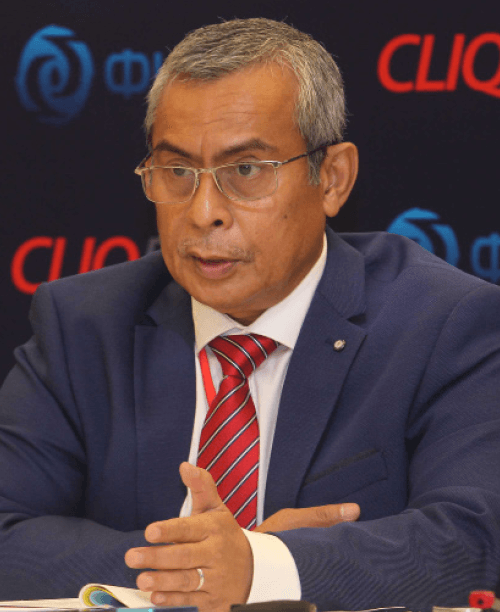 The purchase will see the SPAC acquiring a 51% controlling interest in a special purpose vehicle (SPV), in which the oil assets will be parked by Phystech. The SPV will then be listed on the Kazakhstan Stock Exchange (KASE).

The acquisition is to be satisfied by a cash payment of US$90 million and a differed cash payment of US$23 million at the end of the third year from the completion date of the SPA. Cliq will then acquire the 51% stake in the SPV which has yet to be named.

“Kazakhstan is a prolific oil and gas region, the country has oil reserves of about 31 billion barrels and produces about 1.7 million barrels per day. This is a country where there are active exploration and production activities and it may be proven in the sense that there are a lot of international players already operating in Kazakhstan,” the SPAC’s managing director and chief executive officer Ahmad Ziyad Elias told reporters yesterday.

Details of the SPA show Cliq (fundamental: 0.6; valuation: 0) entering two agreements — a business transfer agreement and a subsurface use contract for the production of hydrocarbons at the two oil field blocks which are situated in the North Karazhanbas region in Kazakhstan.

The proposed acquisition represents a qualifying acquisition (QA) for the company to graduate from being a SPAC into becoming a junior independent exploration and production company. April 2016 is its deadline to acquire an asset.

Meanwhile, Cliq’s executive director and chief financial officer Kamarul Baharin Albakri said the company will finance the purchase with cash kept in the SPAC’s trust account, which amounts to about RM345.8 million, as well as shareholders’ funding.

“We will use 90% of the trust account and the balance of the acquisition price will be funded by shareholders’ funding. The shareholders will provide three years’ financing at a 6% interest rate, compounded annually.

“There is an acquisition process to acquire the asset and working capital so that the company won’t be starved for cash,” said Kamarul.

Note that Phystech, a company incorporated in Kazakhstan, is the sole operator of the Karazhanbas Nothern Field and is principally involved in the exploration and production activities at the North Karazhanbas deposit in the Mangystau region in the country.

In 2013, Phystech recognised earnings before interest, taxation, depreciation and amortisation (Ebitda) of US$22.61 million.

Ziyad sees that Cliq will likely record the same quantum of profit after the completion of the acquisition.

“With the facilities intact, we will be looking at these numbers. We are looking to complete this process in the next six months,” said Ziyad, adding that the company will still have to wait for the Securities Commission’s approval for the deal and an extraordinary general meeting to be conveyed for a vote by minority shareholders before that.

Trading in Cliq shares were suspended pending the QA announcement yesterday. Prior to the suspension, it was trading at 67.5 sen. The counter will resume trading today.