Clearing the hazy misconception on e-cigarettes 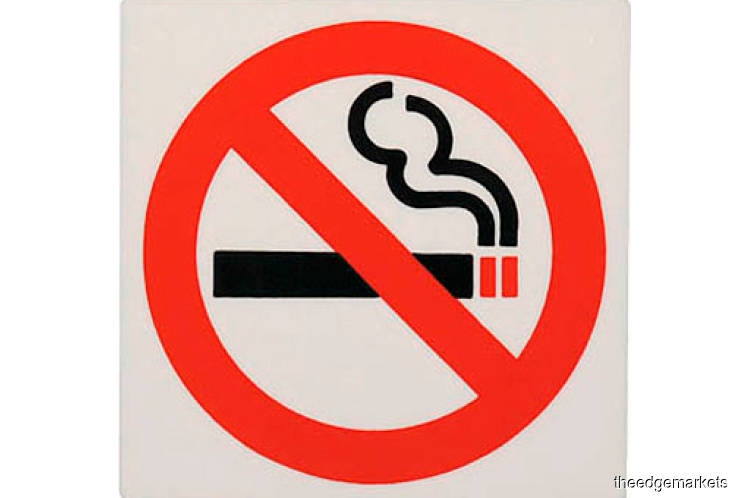 WHILE using electronic cigarettes, or vaping, may not be 100% safe, it is a safer alternative to the conventional combustible cigarettes, say the “Big Three” tobacco companies.

According to Philip Morris International (PMI), British American Tobacco (BAT) and Japan Tobacco International (JTI), clinical trials and other studies conducted by them or third parties show that vaping is 95% safer than smoking traditional cigarettes. Still, they agree that more studies are needed to determine the impact of heat-not-burn (HnB) products on morbidity and mortality in the long term.

“It is extremely important that the tobacco industry, as well as health regulators, public health officials and other stakeholders come together and discuss the scientific aspects of this matter,” PMI chief scientific officer Manuel Peitsch said at the Tobacco Harm Reduction symposium held in Fukuoka, Japan, last October.

Findings to date reveal that HnB products: (i) can present less risk of harm than continued smoking; (ii) do not entail increased abuse liability relative to cigarettes; (iii) do not attract former and never smokers; and (iv) drastically decreased cigarette sales in Japan.

In terms of risk-benefit analysis, Peitsch concedes that there is no safe or risk-free tobacco product containing nicotine. “But we are supporting smokers to switch [from tobacco cigarettes] to these [vaping] products to reduce their personal risk of contracting a smoking-related disease.

“This is not something that would happen in 5 to 10 years ... it will take a much longer time to have an exact quantitative, numerical impact on public health because smoking-­related diseases take a long time to manifest themselves.”

The Big Three firms are of the view that it will most likely take a few decades before one can conclude whether HnB products have an impact on a user’s health.

BAT’s head of scientific collaboration and communications Sarah Cooney says tobacco smoke from combustible cigarettes have 6,500 compounds, 100 of which are toxic or carcinogenic. “When you compare with the aerosols from heated tobacco or e-cigarettes ... because there is no combustion, most of these compounds are not there.”

Cooney says that for those who want to use nicotine, BAT wants to offer safer alternatives. “The toxicants that lead to lung diseases in people who smoke come from combustion or burning. So, if you can remove combustion, then you change the risk potential of the products.”

As it is a different process when using HnB products, there could be new compounds that do not appear when smoking, she says. “Initial data show that there are fewer hazards,  but it is still possible to have new hazards. This is why more clinical studies are needed [on HnB products].”

Citing the US Food and Drug Administration, Cooney points out that many of the patients with lung disease are reported to have identified the presence of THC oil and vitamin E acetyte oil in their products.

Noting that THC oil and vitamin E acetyte oil should not be added to vaping liquids, Cooney­ stresses the importance of regulations around these products across the world. “Every responsible manufacturer feels the same way — we want to see good and high-quality [vaping] products manufactured in a sensible way in high-quality manufacturing facilities.”

In recent months, the rising death toll due to vaping has caused a lot of concern. E-cigarette maker Juul Labs and competitors are under intense scrutiny as health authorities have blamed vaping products for at least 18 deaths and over 1,000 illnesses. It was reported that they use non-traditional flavours and marketing that appeals to underage users.

Ian Jones, vice-president of reduced-risk products science at JTI, describes the flavouring used in vaping as the problem. One ingredient used in products is diacetyl, which is used to give the butter flavour, he says, adding that this is the compound that is commonly used for buttered popcorn. “If you eat it, it’s okay ... but if you inhale it, it’s not. I am not saying you cannot eat popcorn, but inhaling this compound into the lungs is harmful,” he says.On JTI’s part, it has prohibited the use of diacetyl in its products, he adds.

Jones also blames companies that do not have the expertise to understand what the risks are with this kind of ingredients.  Thus, he cautions users to be aware of buying cartridges or flavoured e-liquids from third-party online sites or sites that are not regulated, noting that they are unsafe as they are not tested or regulated. “Some people may think that it is cool and easy to brew on their own, but there are guidelines and formulae that have to be followed. Regulations are meant to address this.”

Jones says that at JTI, any ingredients that are to be included in a product are scientifically evaluated to determine that the use of that ingredient does not create any additional risk to the product.

Of course, the “gold standard” is for people to stop smoking entirely. But even with alternatives like HnB products, it is not “for sure” that a complete cessation will take place, he says.

In Japan, a sharp decline in cigarette sales has been observed, amid the constantly increasing number of adult smokers who are switching to these alternative smoke-free products, PMI’s Peitsch says, adding that over the last two to three years, roughly a quarter of the sticks sold are heated tobacco products. He describes the fast decline in the sale of combustible cigarettes as an indicator of what is possible going forward.

“Our goal is that these products attract smokers who want to shift away from combustible cigarettes, but not to attract non-smokers, especially the youth or former smokers,” he says. “It is an acceptable alternative for current adult smokers. If you do not smoke, never start and if you smoke, quit, and if you can’t ... then switch.”

There are four reasons why smokers switch to heated tobacco products or e-cigarettes, says JTI’s Jones. These are social consideration, convenience, reduced risk and to save money. In the UK, saving money is the main motivator while in Japan it is social consideration, he says. Out of social consideration, consumers want to reduce the impact on those around them. Smoking combustible cigarettes is becoming more restrictive in many countries. And as they become more health-conscious, consumers are also looking for alternatives to reduce the risks to their health. And for some countries, like Malaysia, cigarettes have become very expensive.

“Our role as manufacturers is to provide products that fulfil the needs of consumers and to provide them with information on these products for consumers to make their choices,” says Jones.