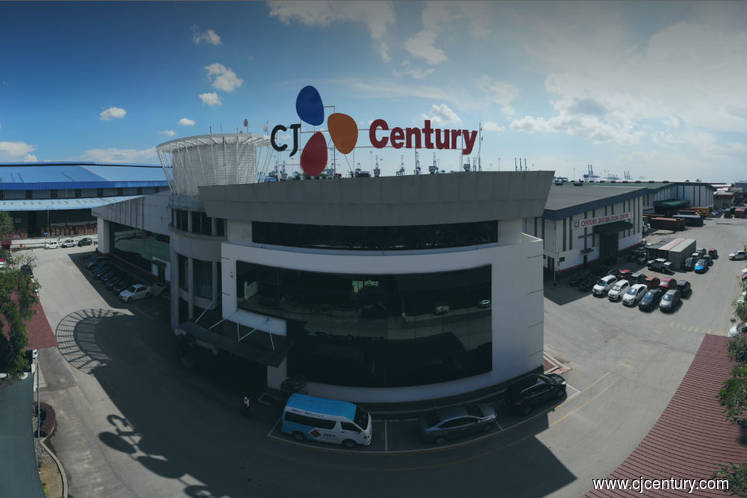 In February, CJ Century announced its proposal to acquire the stake in CJKX from its substantial shareholder, CJ Logistics Asia Pte Ltd (CJ Asia), to be satisfied via 200 million new CJ Century shares at 50 sen apiece.

In a circular to CJ Century shareholders today, independent advisor Mercury Securities said the proposal is fair and reasonable, as the estimated value of CJKX is at a premium to the purchase price.

“Based on the discounted cash flow valuation model, we have derived a range of estimated value for the CJKX Group of between RM106.45 million and RM112.90 million, representing a premium of 6.45% to 12.9% to the purchase consideration,” it said.

And given the longer term outlook of the logistics industry in Malaysia, which is expected to be supported and driven by the government’s commitment and initiatives in upgrading logistics infrastructure and facilities in the country, as well as robust manufacturing and trade activities in Malaysia, the independent advisor, is also of the view that the longer term prospects of the enlarged CJ Century Group is favourable.

The issuance of shares to satisfy the purchase consideration will also allow CJ Century to preserve its cash in hand, which totaled RM62.9 million as at end-2019. The deal will also reduce CJ Century's gearing to 0.47 times from 0.61 times.

“Based on our evaluation on a holistic basis, we view the issuance of the consideration shares at the issue price as fair and reasonable, and not detrimental to the interests of non-interested shareholders,” it said.

It further concluded that the proposed acquisition is fair and reasonable, and not detrimental to the interests of non-interested shareholders, and recommended that they vote in favour of the deal that will be tabled at the company's forthcoming extraordinary general meeting on May 28.

On completion of the proposed acquisition, CJ Logistics Asia will increase its shareholdings in CJ Century from 30.89% to 54.31%. The latter intends to seek an exemption from the Securities Commission Malaysia from the obligation to undertake a mandatory takeover offer.

CJKX is principally involved in logistics solutions and trading in resin products. The acquisition, CJ Century said, allows it to expand via the sharing of key logistics hubs and global networks.