Cityneon in talks to hold exhibitions in new markets 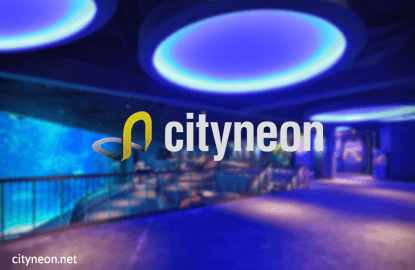 “The talks are ongoing. If all goes well, the exhibitions in these cities are targeted to be held in 2017 and 2018,” a source familiar with the matter tells The Edge.

“The group has also been approached for potential new international intellectual property [IP] acquisitions, but it is studying the return on investment before deciding if it should enter into serious talks,” adds the source, declining to reveal names.

Cityneon’s Victory Hill Exhibitions Pte Ltd holds the rights to operate, market and promote Marvel exhibits for display in museums and science centres or other similar venues. The Marvel characters include the Hulk, Captain America, Iron Man, Thor and Spiderman. It also has exclusive rights to use the Transformers brand for the development, staging, production, promotion and advertisement of the exhibits.

Currently, Singapore-listed Cityneon has an ongoing Marvel exhibition in France at Paris’ Esplanade La Defense from April to September and a long-term exhibition in the US at Treasure Island Las Vegas from June. Its Transformers exhibition is slated to kick off in Vegas in October and Beijing in December.

UOB Kay Hian Research recently raised its net profit estimates for Cityneon for 2016 to 2018 by 12% to 28% to account for the inclusion of higher-than-expected licensing fees, a leaner cost structure and parking the profit guarantee liabilities on the balance sheet.

“On our latest estimates, Cityneon is projected to deliver an explosive three-year compound annual growth rate of earnings per share of 180% [2015 to 2018],” it says in a May 25 report.

“We have removed our dividend payout for 2016 as the group has just done an equity placement and raised about S$11 million. However, given the largest shareholder, Star Media’s, history of paying generous dividends, we expect Cityneon to follow suit and pay out 20% of earnings from 2017 onwards.”

“Our target price has an implied 13.1 times based on 2017 forward price-earnings, which is a 24.8% premium to what peers are trading at (10.5 times). We believe the premium is justified given Cityneon’s low risk profile, strong growth profile, higher entry barriers, low payables risk as licensing fees and minimum guarantees are collected up front, and high return on equity versus peers’,” it says. “If Cityneon is able to secure additional IP rights for other franchises such as DC Comics or Star Wars, we see further upside to our valuation.”

The company is Star Media’s first venture into the events and exhibition industry. Cityneon specialises in providing creative solutions in interior architecture, events, exhibitions and experiential environments. Star Media has another exhibition company called Perfect Livin’ that is parked under its I.Star Ideas Factory Sdn Bhd.

The event, exhibition, interior and thematic (EEIT) business segment was the only segment that saw an increase in revenue. EEIT revenue for the first quarter ended March 31 (1QFY2016) rose 10.3% to RM42.02 million compared with RM38.09 million a year earlier. As a result, the losses for the segment narrowed to RM1.76 million in 1QFY2016 from RM5.29 million in 1QFY2015.

The weak results were due to lower revenue from most of the group’s business segments, in particular from the print segment, which saw its revenue drop 12.7% y-o-y due to lower advertising revenue.

Despite the lower earnings, the media group is still sitting on a healthy net cash position of RM333 million, which translates to 45.1 sen per share as at March 31.

Given this huge cash pile, analysts believe that Star Media can still dish out dividends. At its close of RM2.33 last Friday, Star Media had an indicative dividend yield of 7.73%.

“Attractive dividend yields are likely to be maintained given a strong net cash position and minimal capex [capital expenditure] commitments,” says Maybank Investment Bank Research in a May 25 report.

“Advertising expenditure [adex] is expected to improve in 2016 with 5% y-o-y growth. Major sporting events (Summer Olympics and UEFA Euro Cup), anticipated to be held in mid-2016, will boost adex,” it says.

Public Investment Bank Research states in a May 25 report: “We believe the group will be able to pay consistent dividends based on its strong net cash position.

“Higher revenue contribution from Cityneon is expected to mitigate the downside risks from the print segment. Nevertheless, a lower margin from the EEIT business segment may pose challenges to the group’s earnings momentum moving forward.”