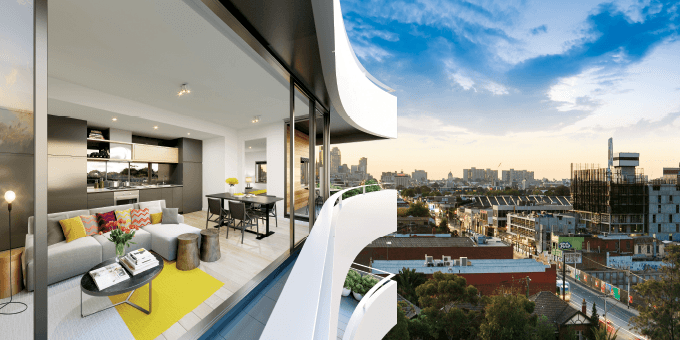 FROM its early beginnings in logistics transport, construction and warehousing, Australia-based Salta Properties Pty Ltd has grown into one of the most successful family-owned property developers in Melbourne.

Salta was started in 1974 by Salvatore “Sam” Tarascio Sr, who ventured into property and logistics in the the late 1980s and early 1990s.

Now, his son Sam Tarascio Jr is running the show and leading the group’s expansion into Southeast Asia.

“I did not exactly plan to enter the business. I studied commerce in Melbourne University where I majored in accounting and finance and later on, did my postgraduate studies at RMIT University in property before subsequently studying for my real estate licence,” Tarascio Jr tells City & Country at the official opening of the company’s showroom and regional office in Kuala Lumpur recently.

Tarascio, who turns 40 this year, took over the company and became its managing director in 2005.

“I spent a lot of time with my father on the construction site, especially during the weekends, and hung out with the guys on the site. It was something that was talked about at the dinner table but it wasn’t until 1999 that my father tapped me on the shoulder and said, ‘Look, there’s been an opening for the managerial position and we need someone to fill the gap’. I filled the gap and there I’ve been ever since,” he says.

“Turning 40 is a milestone. When I joined in 1999, the company was still heavily involved in the industrial property business and while it was doing other types of developments, industrial was the main focus. So I have probably broadened the company’s interests more significantly since I joined.

“In fact, my first project was the Victoria Gardens shopping centre, one of the largest sub-regional shopping centres within 5km of Melbourne city. It was a A$200 million development and was originally meant to be an industrial redevelopment. But we were able to acquire the site next to the one we had purchased and planned something different, incorporating not only residential but also retail components — a mixed-use project.”

That first challenge cleared the path for both Tarascio and Salta, which is now substantially involved in office and residential projects.

So, how is Salta different from other property developers? According to Tarascio, one of its strengths has been its resilience over the years.

“For one thing, we’ve been around for a long time, so there must be something that we’ve been doing right. We’re a very stable company, and while you see property companies come and go, we are here to stay,” he says.

“Like any other business, we’ve been through tough times as well, especially during the global financial crisis, but we pulled through. I think we came out from the financial crisis stronger than when we went in.

“Another advantage is that while many companies focus or specialise in one particular type of development,we’re very evenly spread out and that allows us to get involved in a lot of large-scale projects like Victoria Gardens.”

He adds that having being around for a long time allows Salta the option and flexibility to hold on to its investments instead of having to do an immediate turnaround like other developers.

“We have sites that have the potential to be the best possible for a particular category, be it industrial, commercial, residential or others, but they may not be the best at the time of purchase. However, we can see the potential and we can afford to hold on to our investments without feeling as though it’s a struggle. So when we get around to developing them [the sites], they are the best in that particular category.”

Apart from that, Tarascio says Salta is a full-service business that does everything. “We buy the site, we develop the site and we can handle the marketing aspect if we need to. We also do mortgage broking, sales and leasing, and public relations — everything is done internally. We’re somewhat like a jack of all trades.”

Salta is strengthening its presence in Southeast Asia with its first regional office in KL.

“With the residential business and the scale of projects that we have in the pipeline, we do have a lot of stock. The local market will buy a portion but there is a need to sell overseas as well.

“What we’ve found over the years of selling in the different markets of Southeast Asia is that Malaysians seem to have a better understanding of the Australian property market than people from Singapore, China and Hong Kong. So, we chose Malaysia for that specific reason.”

Tarascio adds that Malaysians are comfortable with Australia’s economic environment. Education is also a huge factor, as well as the security provided by the property market regulations there.

“The way the Australian market works is that if the developer for whatever reason does not complete the development, you get your money back. That is very unusual and many Malaysians find that that’s an advantage.”

Having an office here, he explains, will spur customer confidence as they can see a model of the product, and meet the people who are in charge.

“In the past, you had an exhibition in a hotel, people come in, they look, they buy the product, then you pack up and leave. Now with an office, people can come, take their time, perhaps bring their family members the next day … they don’t have to purchase on the spot and they can see the model, meet the people … it adds to confidence in us, and in our reputation as a developer.”

Salta is showcasing three completed projects in its KL showroom, one of which is Green Square. With a gross development value (GDV) of  A$234 million and completed last year, its units include 500 apartments — of which 17 remain unsold — and 90 hotel rooms.

“Construction should be completed late this year or early next year and we have 15 units left,” Tarascio says.

Construction is tentatively due to start in May this year and is expected to be completed in September 2016.

Senior development manager Michael Young says that all three projects had been offered to Malaysian clients through exhibitions before the showroom’s opening.

“We typically sell 30% of our stock overseas — 60% of the buyers are Malaysians — so we do get a lot of sales from this country,” he says.

Tarascio reveals that Salta plans to release another large project this year. “What we tend to do is have a large project and a few small projects happening concurrently at all times. Our large projects usually comprise 200 to 300 apartments and more.”

The developer’s next large project will be 699 La Trobe Street, Docklands, just on Melbourne’s border, overlooking Victoria Harbour. With an estimated GDV of A$330 million, it will feature 350 apartments spread across 39 levels. Salta is hoping to launch this project between the second and third quarters of this year.

“There are some projects that we actually launch in Southeast Asia before Australia. It depends on our marketing strategy at the time,” Tarascio says.

While the showroom-cum-office in Malaysia will focus on residential projects, Salta also has ongoing industrial projects in Australia.

“We’re doing a lot of commercial projects at the moment and I can say we’re probably the largest developer of office space in Melbourne outside the central business district.

“Industrially, we have a very large landbank of about 250ha worth A$250 million. The parcels are in different locations, of course,” says Tarascio.

One of Salta’s upcoming projects is a joint venture with Malaysian developer Asia One Pty Ltd. The mixed-use development, called 63, Exhibition Street, comprises a 70-storey block that houses a 206-key high-end hotel and 345 apartments.

“I met Roger Lim (founder and executive director of Asia One) in Singapore and the company is in the midst of another project in Australia. It was looking for a Melbourne partner and approached us, and here we are. It will be very exciting to see how this goes,” says Tarascio.

Salta also has plans for a new concept hotel for the premium market but which will not be priced at a premium.

“I know that sounds contradictory but here’s the concept. When you travel, especially for business, you end up staying at an expensive hotel, to which you technically just go back to sleep. You’re not using the facilities that you are being charged for, yet you’re paying for it. Those who do not want to pay such a hefty price would only have the option of staying at a budget hotel. What we want to do is to cut out all things that people don’t need without compromising on the quality ... a lot more self-service style. That way, they pay less yet still get premium quality lodging and treatment,” explains Tarascio.

“It’s a new concept and we will launch it in Perth first, hopefully early next year.”

While Tarascio does not think there will be a property bubble, he believes some pockets in Melbourne, particularly in the central business district, are overdeveloped.

“However, I don’t think it will create an oversupply of stock. Melbourne is a popular city and we have a lot of migration,” Tarascio says.

According to the Australian Department of Immigration and Border Protection, as at March 31, 2013, the Australian population was estimated at 23,032,700.

Australians are beginning to realise that while they are not used to living in apartments, landed homes are increasingly getting out of their reach, says Tarascio.

“Their housing habits are now changing and apartments are becoming more popular. When we were working on Green Square, other developers in the area were also building apartments. All these apartments have been sold and are occupied.”

Knight Frank’s Melbourne Apartments Residential Market Brief 3Q2014 states that population growth in Melbourne will continue at 2% a year over the next 30 years, thus boosting demand for such homes.

Tarascio observes that most of the buyers in the central business district are foreigners while the locals are buying on the fringes.

He adds that he does not see the possibility of prices falling as “Melbourne is a well-regulated and competitive market. Right now, prices are level and developers are getting their returns. If prices fall, you cannot build. The other issue is the high cost of labour, which increases each year. That’s going up, so it’s not possible for prices to fall. I think the market is pretty well off”.

He says it is true that many foreigners and immigrants are buying property in Australia, which has led to the government restricting foreign property purchases to the primary market.

“But at the same time, for new stock, I think the overseas buyers are helping keep the prices at a certain level because more demand means there will be more stock and more stock means more competition. So, everyone is on a level playing field. The market in Australia is very competitive and if you take out all these factors, I think the prices will go up.”

One of the challenges faced by developers in Melbourne is the stringent approval rate as the rules get increasingly stricter. Apart from that, it takes a longer time to get projects approved and with the high migration rate and underlying undersupply, there is a need for projects to be completed fast. Holding cost is also an issue.

Tarascio says competition for sites is a challenge as well, especially when the locals think that if they wait longer to buy a property, prices will eventually go down.

“The property you see today will go up in price next year. While it is not going to rise drastically, it will rise enough to make a difference. So, think long term instead of short,” he advises.

So, what’s next for Salta in this region?

“Well, for now, we are going to see how the reception for this office is and if all goes well, we will consider opening another in Shanghai. Clients from Singapore can come down to Kuala Lumpur easily but not so for clients in China. So, Shanghai would be good,” Tarascio concludes. 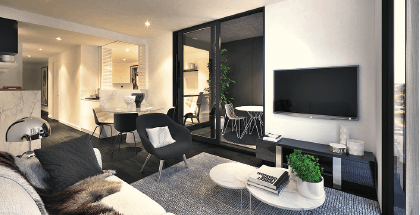