At The Edge Malaysia Property Excellence Awards (TEPEA) 2014 Networking Retreat, Sabah Tourism Board (STB) representatives briefed the participants on the opportunities and potential of the state’s tourism industry.

STB marketing manager Simon Jr Jalin and senior manager Julinus @ Jeffery Jimit gave an overview, with the former covering the hotspots and places of interest, and the latter speaking about rural tourism, focusing on homestays.

The rise in tourist numbers has also been attributed to the increased number of flights to the state.

“Since the arrival of AirAsia in Sabah, the domestic market has increased tremendously, and I can say that 40% of visitors are repeat tourists. So, every year, after they come for a holiday, they will come again with family and friends,” he said.

The Tourism Receipts Survey 2012 by the STB shows that tourism receipts increased from RM2.3 billion in 2012 to RM3.06 billion in 2013 for the international market.

The increase in tourist arrivals has boosted the Sabah hotel industry, with new hotels and resorts being built. The total number of rooms in 2013 was estimated at 24,556, a 14% rise from 2011, when it stood at 21,500.  At present, 17 new hotels are under construction and are expected to be completed within two to five years, supplying a total of 4,053 rooms.

Rural tourism is a form of tourism that showcases rural life, art, culture and the heritage of Sabah, said Julinus.  The objective is to benefit the local community economically and socially, and it may entail farm/agriculture, culture, nature, adventure and ecotourism. It also enables a personal connection and contact with the state’s rural environment through participation in the activities, traditions and lifestyles of the local people.

“When you stay with the local people, you learn their culture, which I am sure you will value,” Julinus said.

The core function of rural tourism development is to promote Sabah locally and internationally as a premier ecotourism destination. Planning, research, marketing and management are necessary to develop it. It also needs collective efforts and collaboration of all levels, such as the state government, ministries, agencies, local governments, district offices and private sector. The district tourism council is headed by the district officer.

The four major homestays are Misompuru in Kudat (famous for being the tip of Borneo), Walai Tokou in Ranau (Mount Kinabalu), Miso Walai in Kinabatangan (wildlife) and Balai Kito Mayau in Kinabatangan, which contributed 85.6% or RM3.62 million of the total homestay revenue.

Julinus indicated that the other homestays are not performing well and that moving forward, the board, together with the private sector, hopes to help them. 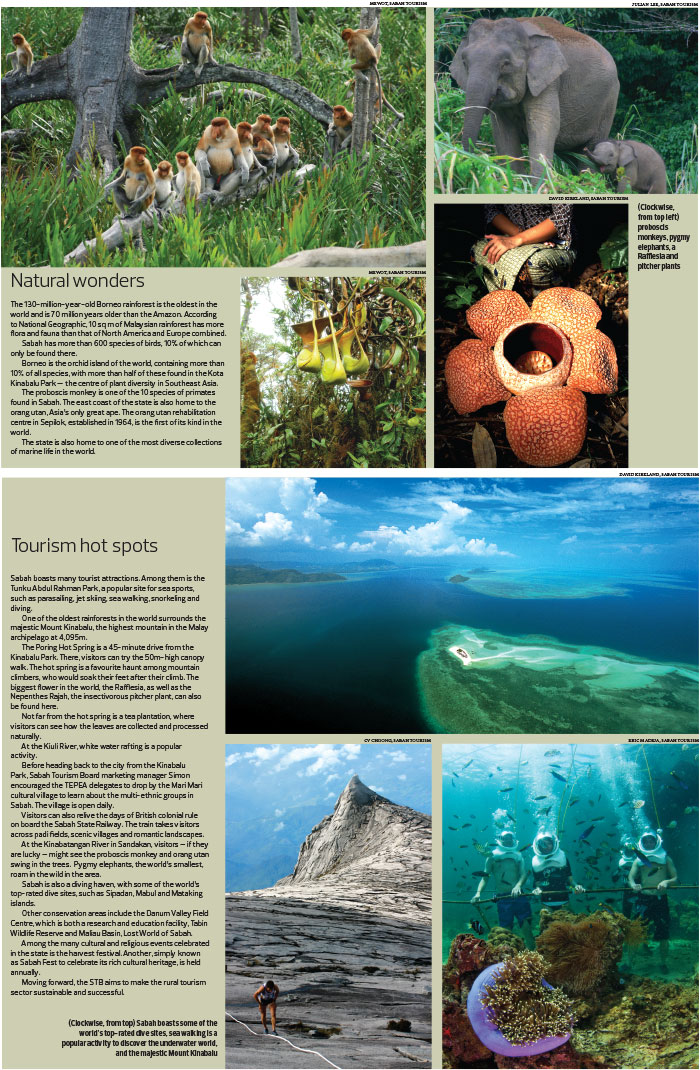