DUE TO a lack of opportunities, architect Keisuke Maeda worked as a construction site manager after he graduated from Kokushikan University in Tokyo. But he never gave up his dream of establishing his own architecture firm.

Finally, in 2003, he set up UID Architects and since then, has completed many buildings in Hiroshima. The city lies in the south of Japan and is about a 10-hour drive or a five-hour train journey from Tokyo.

The 40-year-old architect’s design philosophy is very simple: synergy between people and nature for sustainable living. He likes to use engawa — an opening in the wall or the roof that connects to the outside — in his designs.

“Times have changed. We live in a fast-paced world, and hence take our surroundings for granted,” Maeda tells City & Country. “I conceptualise my works based on the flow of the building, which naturally allows the residents of the property to sit back and enjoy nature around them.”

One example is his 2010 resident project, Nest, in which he incorporates engawa. The timber house at the foot of a mountain in Hiroshima features wide openings in the walls as well as the roof.

“The house is occupied by a family of three, a mother and her two children, with their cat,” says Maeda. “I believe the design nurtures better relationship between family members through nature.”

The entrance to Nest is on the ground floor. Other homes have hallways, but Nest leads its visitors through a garden, where the plants will be able to grow to the full height of the house.

Another of Maeda’s designs is Peanuts, a nursery school, also in Hiroshima, that is shaped like the number eight if seen from the top. This public structure is made from timber and has ample floor space, and windows all around that allow in plenty of natural light.

Besides homes and public structures, Maeda is busy reviving an old shopping street in Fukuyama – the Fukuyama Hondori street project.

“The shopping street has lost its lustre over the years and losing its street vendors, which is quite a shame as this shopping lane used to be very lively,” he says.

According to Maeda, the shopping street has seen one-third of its boulevard taken down, closing down about 60 stores, and causing the area to lose more customers each year.

His revival plan includes lots of plants and trees that will “invite the visitors into a four-season kind of concept when they can walk by spring’s fresh greenery and autumnal leaves.”

This year, Maeda takes his career another step further. He has been invited to join nine other architects from around the globe to plan and design an art atelier and gallery in Longquan, China.

The gallery, Longquan International Biennale, which will be built in a small town, will feature clay works.

Maeda believes that design should be influenced by local culture, which he believes will give meaning or definition to the structure built.

“It’s easy to fuse something new into a building but this easily goes out of style in the next 20 years. Culture is the essence of the place … where it creates identification,” he explains. “When culture is implemented into a structure, the architecture will be timeless.”

Maeda attributes the biggest change in the architecture industry to technology and the Internet, which he claims has created a smaller world. He cites Japan as an example where a lot of buildings in the cities have a similar façade. This is why he believes in infusing “culture” into modern architecture.

While he enjoys planning and designing structures, Maeda believes in sharing his experience with the next generation. He started lecturing at Anabuki Computer College Department of Architecture Design in 2007. After three years there, he moved on to teach at other universities, including Hiroshima Institute of Technology, Fukuyama City University, Kobe Design University and Nagoya Institute of Technology.

“I believe that I should share my experiences with the students. They may develop their own design philosophy but they should also know and be aware of the challenges in the industry should they choose to continue being an architect,” he says.

Modern yet traditional in style, Maeda continues to create liveable and unique spaces while nurturing a connection between people and nature, so they can appreciate their daily lives in a fast-paced world. 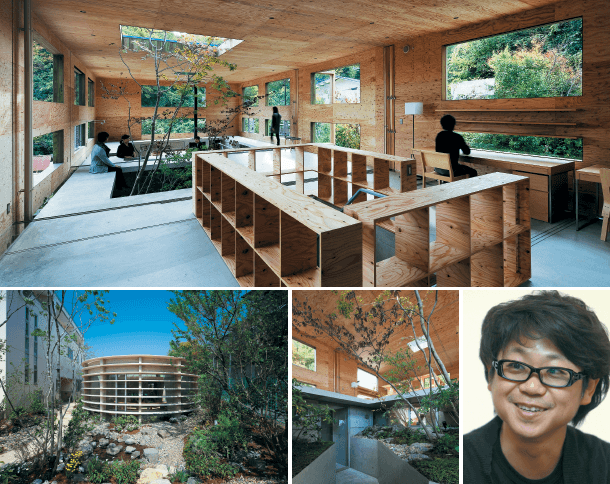