THE Melbourne apartment market is buzzing. According to Urbis’ Residential Market and Economic Outlook Report, the median sale price of new apartments in the city’s central business district has registered growth of 5% per annum over the past 10 years. And wanting to be a part of the action is UEM Sunrise Bhd.

Anwar, who was previously group chief financial officer and head of port and logistics division at MMC Corp Bhd, says, “The acquisition of the two parcels of land in the Melbourne CBD marks our entry into the Australian market. It has always been our strategy to diversify our income stream, and I think, as a developer in Malaysia, we have reached a certain level of excellence.

“Australia, particularly Melbourne, presents a good opportunity, especially with the location of our maiden project in La Trobe Street. Fortunately, we have a world-class architect (Callum Fraser of Elenberg Fraser) to design Aurora Melbourne Central and we can see that it will be an iconic building.”

Architecture firm Elenberg Fraser was selected after it won a competition held by UEM Sunrise to find the best design for its newest international development. Aurora Melbourne Central will be 92 storeys tall, making it the tallest tower in the CBD when it is completed in mid-2019.

Currently, a 7-storey parking complex, surrounded by retail and office blocks, is sitting on the 0.8-acre site. The land was bought for A$43.15 million. The RM2.2 billion Aurora Melbourne Central will be officially launched in Malaysia by February next year. Special previews for locals and roadshows in Asian cities are already underway. The developer was in Beijing recently where it reported good response.

“As at today, total worldwide sales have breached 80%. The buyers are from China, India, Japan, Malaysia, Australia, Singapore, South Korea, the UK and Indonesia,” says Anwar.

Aurora is located within walking distance from the Melbourne Central Train Station and the La Trobe Street Tram pick-up point. It is also near RMIT University and Melbourne University. Moreover, it will be linked underground to several shopping centres such as the new Emporium Shopping Centre, Myer, David Jones and the Bourke Street Mall.

Additionally, owners will have access to facilities at the Stratus Club, Cumulus Club and Australis Club, depending on the units purchased.

The Stratus Club, to be located on level 9, will be accessible to all residents. The facilities, including private gardens, health spa and entertainment spaces, will be on the same level as those for the serviced apartment residents, but they will be kept separate.

The Cumulus Club, to be located on level 66, will cater for those staying in the Cumulus and Australis units. There will be four private dinner rooms, games room/cinema lounge, cigar room, library lounge and high-tea lounge.

The most prestigious facilities will be found at the Australis Club, to be located on level 92. Only those living in the Australis units will have access to this area, which will feature an executive gym, private lounge and dining area with a kitchen, private cinema, karaoke room and sky-viewing lounge. The entertainment space will be able to accommodate 60 people.

The retail and commercial office units will take up 3,800 sq m and 3,100 sq m respectively. The offices and parking bays will be on levels 1 to 8, while the retail component will be at the basement.

“We are speaking to the retail management of Melbourne Central Shopping Centre, and they are more than happy to manage our retail units. They will also manage the office space,” says UEM Sunrise commercial chief operating officer Raymond Cheah.

There will be 275 parking bays, of which 250 will be for the retail and office sections.

“Residents don’t really need parking lots because of the easy access to the train station and trams,” Cheah says. “La Trobe Street is also known as a ‘bicycle highway’, and we will have 700 bicycle bays with shower facilities. These will be accessible to the tenants and residents.”

Standing out from the crowd

Of late, there has been a lot of news about the robust Melbourne property market. Many developers — both Australian and foreign — have projects in and around the city.

So, how will Aurora stand out from the crowd?

“It is different in terms of aesthetics,” Anwar says. “Aurora also offers beautiful views of the city. In terms of connectivity, which is one of the main elements we use to differentiate ourselves, the retail section will be linked underground. The fact that it is connected to the Melbourne Central Station also gives us an advantage and a wider market.”

The target market for Aurora, he says, is young professionals in their 30s. He adds that this group is fuelling the market as it goes in search of properties close to workplaces and the city’s amenities.

“The design of Aurora is exquisite,” says Fraser. “The building has a collective identity or cultural exchange between Malaysia and Australia and the soft form shows the Malaysian interests … we see a flower unfolding in the city.”

The unusual shape of the building allows plenty of natural light into the units.

“The shape of Aurora came about during the planning stage, and it was decided that all apartments will open into the city,” Fraser says. “What we found when we were doing our view and solar analyses was that by deflecting the surfaces of the building at the mid-section, we would have interesting diagonal views and a much better thermal performance for the building. So, it might be a strange shape, but what it gives is a very high surface-area-to-floor-area ratio … even compact apartments will have many windows and lots of daylight.”

He says the windows will be double-glazed to help make the units cooler.

Aurora will also have a layered look. According to Fraser, this promotes community living within a tower. “The tiers are stacked on top of each other, with their own definitions, and they will have their own communities and community areas.”

While the Melbourne property market is performing well, the question is, will the good times keep on rolling?

According to Urbis national residential, economics and market research director Jonathan Rivera, who was also at the interview, the property market is expected to maintain its positive performance.

“We’ve got an extremely low rate of interest to buy now,” he says. “The Melbourne market is running consistently and has been financially strong for the last three to four years, and even during the [2007/08] global financial crisis.

“The housing market is becoming more expensive and this is driving people to go for apartments,” he says, adding that many are also considering renting rather than buying.

Anwar says UEM Sunrise will continue to focus on its Malaysian projects such as those in Nusajaya, but will also look to establishing itself internationally.

“While our Nusajaya landbank remains sizeable and the projects there will continue to be our cornerstone, the company will not be able to grow at the pace that we desire if we just rely on them alone,” he says.

He adds that UEM Sunrise’s international presence includes Singapore, where it is the joint-development manager with M + S Pte Ltd for the Duo and Marina One developments.

“Outside Asia-Pacific, we have a small presence in Canada, through our Quintet mixed-use development in Richmond, British Columbia. We also have land in Durban, South Africa,” he says. The Quintet project is currently in its second and final phase. 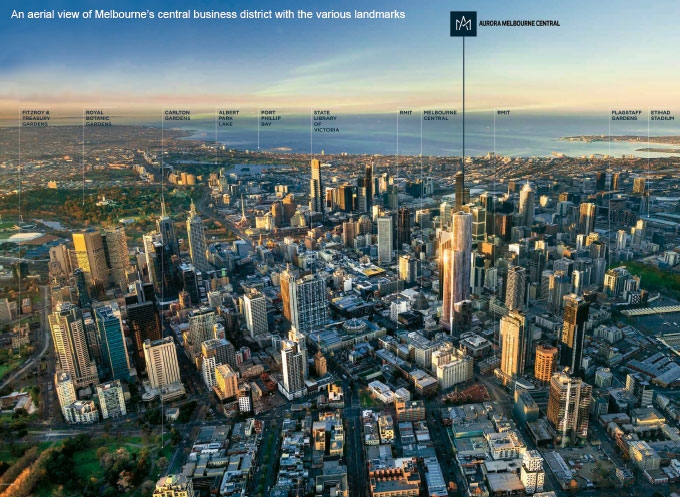