Circular Economy: As good as new 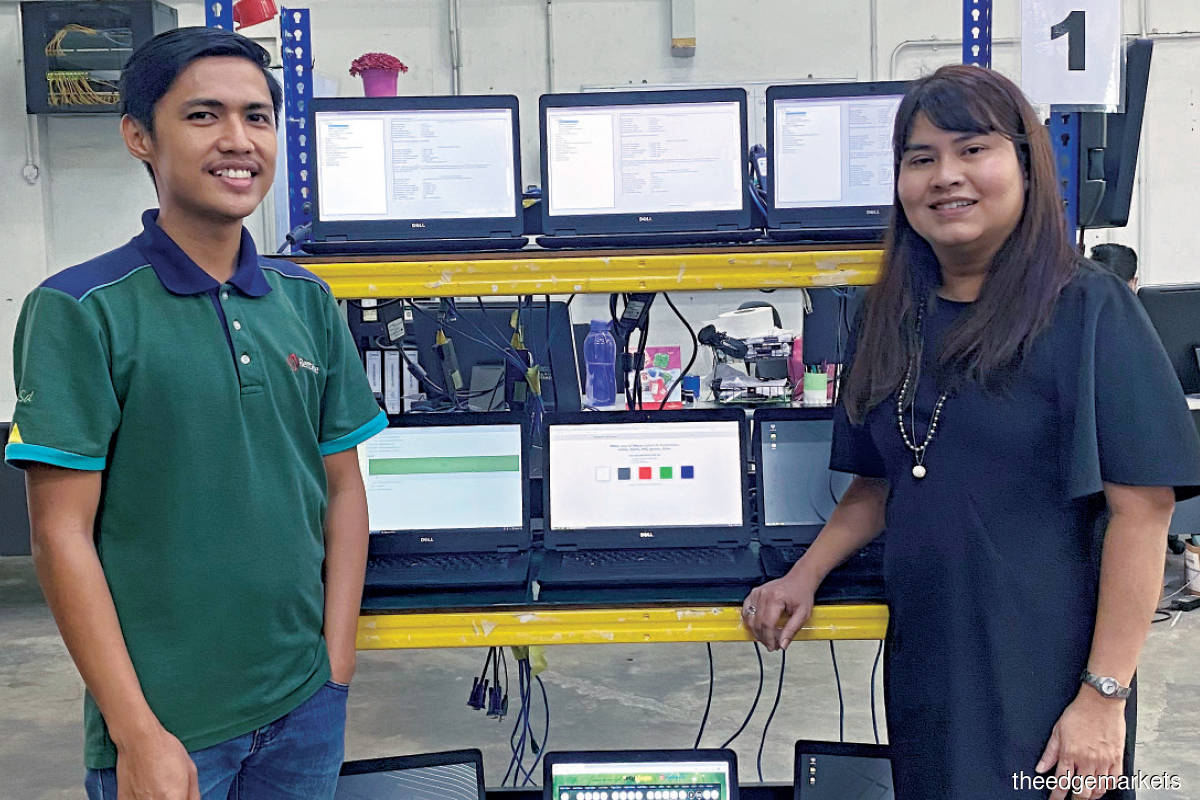 Did you know that the carbon footprint of a single laptop is a staggering 350kg? And that of a desktop is about 800kg? Yet most people use and discard these items without a second thought, contributing to the growing e-waste problem in the country.

This is the challenge that Rentwise Sdn Bhd CEO Leanne Ooi has set herself to address. Her company has been recycling electronics for the past 19 years, eventually maximising their lifespan by up to three lifecycles and making them almost brand new through a process called remanufacturing.

Ooi, who started Rentwise when she was only 24, tells Digital Edge that the company started out cleaning up equipment and fixing minor faults before slowly developing the well-thought-out and complicated process it has today.

Before establishing Rentwise, she was working for a UK-based IT asset management company that refurbished retired PCs from corporate and original equipment manufacturer (OEM) returns.

“At that time, the UK was preparing for the implementation of the WEEE (Waste Electrical and Electronic Equipment) directive and I realised that it was a matter of time before this would be a concern for the Asean marketplace.”

Ooi, a gamer, bought a couple of the company’s business-range PCs and found that they met her requirements. “The business model intrigued me and I thought it a sunrise business opportunity.”

The UK company was in Malaysia through a joint venture but two years after she joined, it decided to spin the company off. “I was heading a business development division and since I held the client relationships, I decided to give it a shot and ventured out on my own.”

She managed to scrape together about RM200,000 in capital from friends and family. Subsequently, she attracted the attention of a venture capital firm and after that, a private equity investor, who is still invested in the company today.

Eventually, it graduated to remanufacturing, where functional faults are fully repaired, major components like the storage device and RAMs are upgraded along with the operating system, and the unit fully restored cosmetically and functionally to an as-new condition with a matching warranty. “Most of our customers say they would assume the machine is new if we did not tell them otherwise.”

Remanufacturing is a fairly complicated proposition. “It is a 16-step restoration process, which has been audited and accredited by the Ministry of International Trade and Industry. We are very selective of the equipment we choose to remanufacture, only working with business-range equipment,” Ooi explains.

Before Rentwise selects a particular unit for mass remanufacturing, it puts out trial units with selected clients for three to six months to test and see whether they are suitable for remanufacturing. The clients will test these units out in Rentwise’s internal environment. “All commercialised solutions are put to the test within Rentwise first before they are introduced to the market. In addition, a complete review of the supply chain is done to ensure all components and parts we decide to use for production are available over a three- to five-year period,” she says.

Ooi adds that all components ultimately selected are tested for durability and performance. “We also promote a fixed lifecycle of three to four years’ use on a rental platform, after which the equipment is returned to us to ensure we close the loop. This is, in essence, what circular computing is all about.”

This business model has been developed slowly through a lot of trial and error. “We learnt not to focus on consumer-grade models and components as these are not as durable, and we have pivoted from simply distributing IT assets to an end-to-end asset management solution, in which we are able to work with clients to support, maintain, track and secure their IT environment through an array of software solutions.”

It solves a major problem with e-waste that is not being properly addressed in Malaysia at the moment. “In 2019 alone, there were some 2.3 million new PCs shipped into Malaysia, according to Euromonitor. So imagine the staggering environmental impact if these carbon ‘monsters’ aren’t circulated back into the chain,” Ooi points out.

To put the problem in context, she says the carbon footprint of 15 laptops is equivalent to that of one automobile. However, the lifespan of the automobile is four times that of the laptop.

She says research suggests that up to 85% of a computer’s carbon footprint is attributed to what happens during production. “So, by remanufacturing, most of the carbon footprint can be shaved off, as more parts are salvaged than disposed of.”

The Department of Environment (DOE) says on its website that the management of e-waste in Malaysia, especially that generated by non-industrial sectors such as household, commercial and institutional, is not properly regulated under present law. “As a consequence, most of the e-waste generated from these sectors end up in improper recycling and disposal through informal channels.”

A recent article quoted the DOE as saying that the e-waste recycling rate in Malaysia is not more than 25%, which means hundreds of thousands of tonnes of e-waste is disposed of in landfills every year. As such, this is a major problem that needs to be addressed from the top.

In the meantime, companies such as Rentwise are taking the initiative to provide intelligent solutions.

One of the major stumbling blocks faced by Rentwise, however, is the perception that a new machine is superior to a remanufactured one. But Ooi concedes that this is less of a problem today than it was when she first started. “Clients today are a lot more IT-savvy and realise that the need to chase the latest and greatest models is overkill for many operating environments.”

While Rentwise does provide new machines to high-end users, she says this has dropped to only 10% of its total users and consists of those who need the latest technology for things like engineering design.

Although Malaysian companies are largely ignorant of the concept of the circular economy (where among things, products are kept in circulation for as long as possible, before being recycled), Rentwise caught on to it.

It now serves more than 200 organisations from a diverse range of industries, and counts Sunway Group, Malindo Air, AIA and Canon among its clients.

“A number of our clients have been with us for a long period of time, some for as long as four refresh cycles, which is almost as long as we have been in business.

“Our strategy has always been to start with small requirements, ensure we understand their needs and environment, before we scale. This has given clients the comfort that we truly want to do a good job and we want them as clients for the long haul,” Ooi says.

This results in more than just repeat business from that particular company. “When someone we deal with [in a company] moves, they introduce us to their new company.”

Like every other business in Malaysia, Rentwise has been affected by the Covid-19 pandemic but it is not all bad. For instance, she says, Rentwise has seen an uptake in companies looking for short-term rentals.

“We recently signed on a number of large clients, mainly MNCs (multinational corporations), due to the volume of inventory that we carry. We have also been approached by a number of government agencies to assist in providing equipment to enable remote learning. A lot can be done to enable remote learning through a circular computing approach within government agencies themselves,” she points out.

Ooi adds that being a social enterprise, Rentwise has crafted a Digital Learning Empowerment Programme, where it carries out corporate social responsibility initiatives in collaboration with corporate clients. “This has successfully refreshed or equipped a number of schools and NGOs (non-governmental organisations) with much-needed equipment to facilitate their learning capabilities, and we know we can expand this much wider to benefit more schools.”

But while the pandemic has resulted in some new business coming in, it has also paused some of its regular business. “We have seen a halt in some large equipment-refresh projects we were working on, as most users have been working from home and naturally, companies are not too keen to move on these when users are remote.”

Its supply chain has also been affected and it now takes longer to turn shipments around.

But Ooi feels the company has the right business model and is in the right space to take advantage of the demand that has been created by the present circumstances. “We have been seeing a lot of new enquiries and our sales funnel is building naturally as companies move quickly to mobility solutions. We are looking forward to an interesting 2021.”