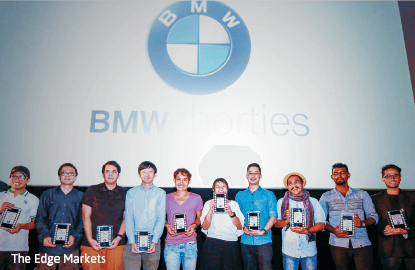 This article first appeared in The Edge Financial Daily, on December 1, 2015. 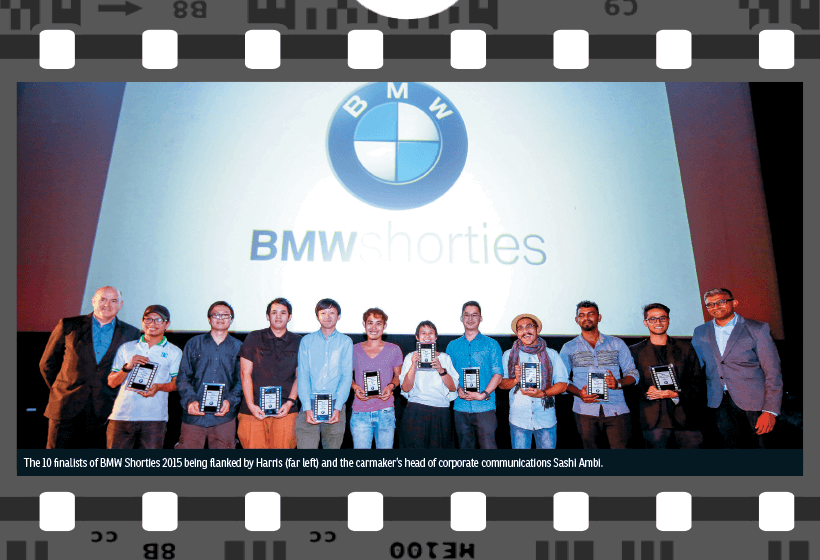 THE BMW Shorties is back for its ninth edition and has once again shortlisted 10 promising filmmakers as finalists. As Malaysia’s most prestigious and longest-running short film festival, it has come a long way over the years and has served as a platform to discover local film talent by giving aspiring filmmakers the chance to showcase their work to audiences.

Since 2006, the annual film-making event has brought BMW Shorties productions to prestigious film festivals in Cannes, Rome, New York, Rotterdam and Dubai. The festival has received a total of 607 entries since its inception.

The theme for the ninth edition of the competition is “change” and aims to test the creativity of Malaysia’s aspiring filmmakers by getting them to interpret it through the medium of short film. Ranging from comedy to thought-provoking films, this year’s finalists have definitely explored the theme of change through different perspectives and social commentary.

The panel of judges includes a line-up of Malaysia’s best film-making experts in the industry including Ismail Kamarul, Lina Tan, Nandita Solomon, Rajay Singh and Affandi Jamaluddin. Commenting on this year’s competition, chief executive officer and managing director of BMW Group Malaysia Alan Harris says, “The artists that we have discovered are hardworking and passionate individuals — characteristics we continue to see year after year through film submissions.

“It is undoubtedly a challenge to give meaning to the ordinary and the mundane but we believe that their passion is the key driver of success for this competition. Through the BMW Shorties Festival 2015, we hope the public will also come to appreciate this as we continue promoting and showcasing these talented filmmakers’ creativity.”

The finalists of the Best Screenplay Award will each qualify for the Red Films script development grant, consisting of cash and script consultancy from Red Communications. They also have the opportunity of winning the grand prize of RM75,000 production grant and receive recognition in a line-up of supporting awards. The supporting categories include Best Director, Best Cinematography, Best Editing and Best Production Design.

The top 10 finalist short films are now available for viewing and voting on the BMW Shorties website. Members of the public are welcome to vote for the People’s Choice Award, which can be done until Dec 5.

Some notable films at the BMW Shorties 2015

The Cycle of Violence by Caston J

This thought-provoking short drama in Cantonese shows the abusive relationship between husband and wife. The film is cleverly shot through the eyes of the bedroom mirror as the husband gets ready for work in the morning as his wife helps him get ready. Filmed in just one scene, The Cycle of Violence highlights how women can sometimes be too ashamed to escape from the clutches of abuse.

Suffering from social anxiety, Tuck lives above a row of shops and works as a waiter at a café walking distance from his room. His mundane life suddenly changes one day when a pretty girl walks into the café to apply for a waitressing job. Taking a leaf out of the film Groundhog Day, this short film is entertaining and has its humorous moments.

Mourning the loss of his love, a tailor is unable to deal with his grief without reminiscing about the memories they shared together. Told from the tailor’s slightly warped consciousness about the events that led to her death, there is more to this than meets the eye.

The Return by Keshvan Sugumaran

An office worker returns from work one day and notices the uneasy body language between a married couple in the apartment lift with blood dripping on the floor. After the husband abusively pushes his wife out of the lift, the man is caught between deciding to help the wife or go home to his apartment and pretend that nothing has happened.

Narrated in verse form, Dermaga explores the relationship between a daughter and father, who is suffering from a mental illness. Dermaga, which means wharf, highlights the father’s previous job as a fisherman and the connection it has to his current mental state.