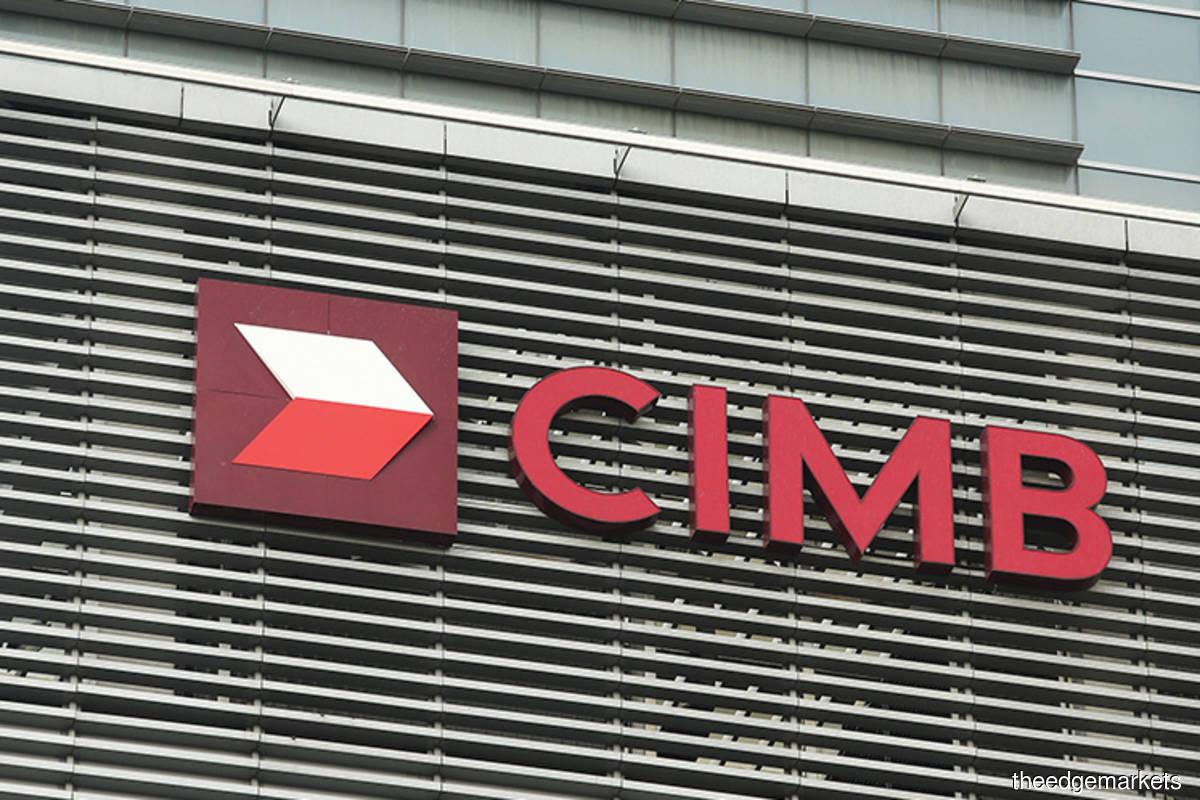 KUALA LUMPUR (Nov 30): CIMB Group Holdings Bhd sinks into red ink, posting a net loss of RM100.59 million for the third quarter ended Sept 30, 2021 (3QFY21) from a net profit of RM194.44 million a year ago, underpinned by impairment of CIMB Thai goodwill amounting to RM1.22 billion in the current quarter.

In a Bursa Malaysia filing on Tuesday (Nov 30), the group said its quarterly revenue declined slightly by 0.42% to RM4.40 billion from RM4.41 billion, as the previous quarter under review saw recovery in trading & foreign exchange (FX) activity and wealth management.

The group, however, did not declare any dividends in the quarter to its shareholders.

It said as at Sept 30, 2021, a goodwill impairment indicator was triggered as the operation and earnings of CIMB Thai, a subsidiary of CIMB Bank, continue to be affected by the prolonged impact of the Covid-19 pandemic in Thailand.

CIMB noted that this exceptional expense on a nine-month basis, offsets the exceptional gain of RM1.16 billion recorded earlier in the year, arising from the deconsolidation of Touch ‘n Go Digital.

Core cost-to-income ratio improved to 47.7%, despite a 1.0% increase in core operating expenses to RM6.56 billion.

“We saw slower QoQ momentum due to modification loss, as we expanded our repayment assistance to help affected borrowers under the PEMULIH programme, and lower non-interest income (NOII) due to the weaker trading environment and restricted economic activity. However, our 9M21 performance indicates continued strong year-on-year (YoY) recovery across all segments and markets, as we make good progress towards achieving our FY21 targets.

“3QFY21 also saw an impairment of CIMB Thai goodwill amounting to RM1.22 billion. This impairment has no impact on our capital and liquidity position, and will help optimise our return on equity (ROE) going forward, which will benefit shareholders.

“We remain firmly on track to deliver our FY21 performance targets, which is reflective of our loan growth recovery, stringent cost focus, lower provisions, as well as positive traction from initiatives under our Forward23+ strategic plan,” he said in a statement.

Rahman added that the group is also pleased to see its digital businesses continue to register healthy growth.

“GO+, the investment offering available in the Touch ‘n Go eWallet, has also reached 1.6 million investors from 1.2 million investors in the preceding quarter, with total assets under management (AUM) of RM136 million as at September 2021.

“Similarly, in the region, CIMB Philippines reached 4.5 million customers and a deposit book of RM1.16 billion, with over 500,000 customers added in 3QFY21,” he said.