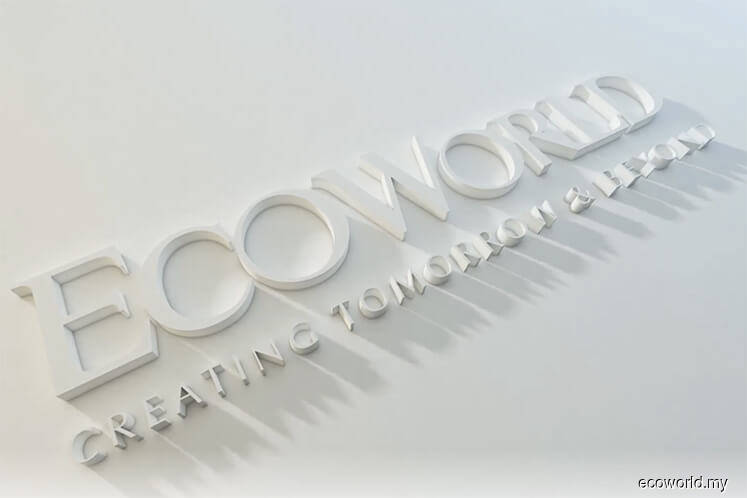 KUALA LUMPUR (Sept 21): CIMB Research has maintained its “Add” rating on Eco World International Bhd (EWI) with a lower target price of RM1.23 (from RM1.28) and said although EWI’s cumulative nine months period ended July 31, 2018 (9MFY18) core net loss narrowed by 75% year-on-year (y-o-y), it regarded the 4QFY18 earnings should be stronger due to the handover of units.

“We cut our FY18-20 forecast earnings per share forecasts by 5% to 35%, given that EWI will need to charge out the promote fees (circa 2% of gross development value) according to revenue recognition instead of at the completion of the three projects under Eco World-Ballymore previously.

“And only half of the revenue for EG will be recognised in FY18 as the completion notices will be going out in late September and early October 2018.

“As such, our target price is adjusted lower to RM1.23 based on revalued net asset valuation (RNAV) valuation,” said its analyst Ngo Siew Teng.

However, Ngo said the research house is still positive on EWI as the group is on track to deliver a significant earnings turnaround in FY18 forecast.

“We also see stronger FY19 forecast earnings, underpinned by the handover of LCI (Blocks B,C,D,E,F) and EG (Block A05) in FY19.

“The recently-acquired EWL sites are also likely to contribute additional earnings in FY18-19 forecast but we expect the contributions to be largely offset by higher overheads for EWL's development management company,” she said.

EWI registered earnings of RM10.44 million in its third financial quarter ended July 31, 2018 (3QFY18), mainly on the back of recognition of revenue and profit of a completed joint venture project in the United Kingdom.

In the corresponding quarter last year, the group incurred a net loss of RM24.2 million.

For the 9MFY18, EWI narrowed its losses to RM34.84 million against RM55.08 million in the same period last year.