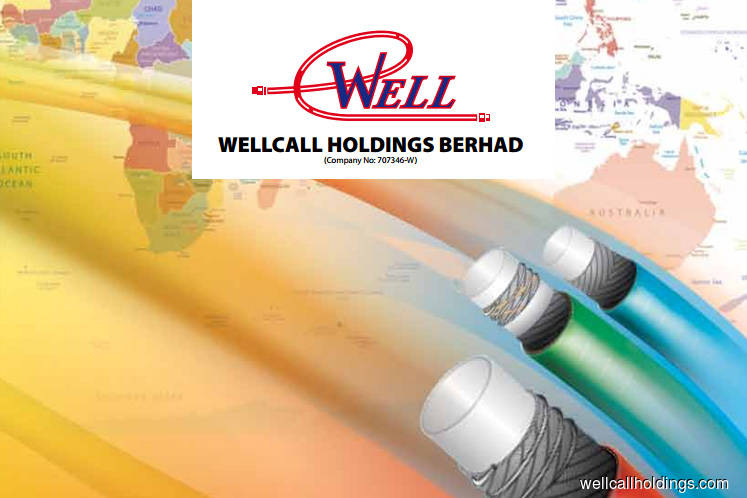 He noted that the JV will first set up two production lines, and the factory should be ready by end-2019. However, as the company did not indicate production capacity and potential revenue from the factory, CIMB Research is maintaining its earnings per share forecasts for Wellcall.

"This news was a positive surprise to us as THAB is one of the major global players in Europe that produce composite hoses. We believe THAB has partnered with Wellcall as THAB does not have any production facilities in the ASEAN region," said Foo.

"We raise our TP from RM1.28 to RM1.56 as we narrow the discount to our target P/E of 22x for Wellcall from 30% to 20%; the lower discount is to reflect potential earnings from the JV over the next few years," said Foo.

Assuming the JV takes off, the JV could be a major revenue contributor to Wellcall over the next few years, said Foo, adding that Trelleborg AB will provide the technological know-how while Wellcall will handle the manufacturing and marketing of the composite hoses in the region.

The company indicated that the initial construction of the factory would cost US$1.2 million (RM4.9 million) and the JV would rent a factory near Wellcall's existing factories in Perak, said Foo.