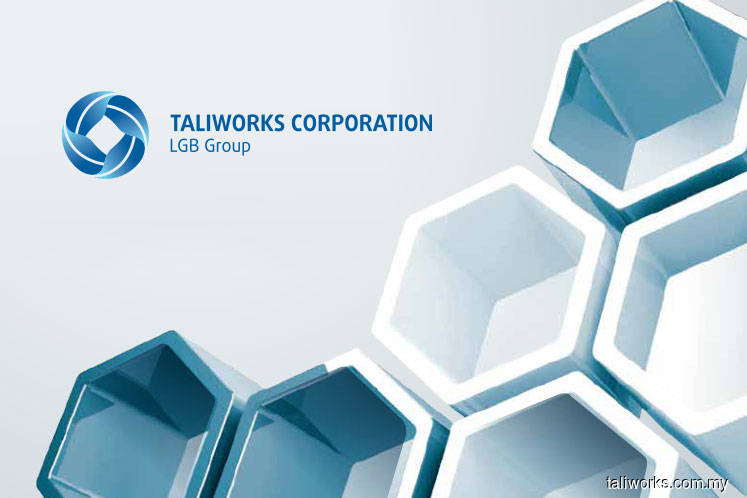 KUALA LUMPUR (April 5): CIMB Research has maintained its "add" call on Taliworks Corp Bhd with a target price of RM1.08, in view that it could be a key beneficiary to the water industry restructuring in Selangor.

"We expect the new SSP1 operations and maintenance (O&M) termination and settlement agreement to be wrapped up in 2Q19," it said.

"As at the date of the acceptance of the settlement offer in late-2018, outstanding receivables owed from Splash amounted to RM669.7 million. Taliworks will receive a 10% upfront payment, while the balance 90% will be staggered over nine years, based on 5.25% accrued interest," it added.

The research house said Taliworks remains undervalued with its share price trading at a discount to its revalued net asset value (RNAV) of RM1.20.

Taliworks' share price of 92 sen at press time represents a 23.3% discount to the RNAV.

"Uncertainties regarding the renewal of Taliworks' water operations in Langkawi (expiry in October 2020) pose risk but are unlikely to compromise its ability to pay dividends, which is supported by the improving cash flow of SSP1 under the new OMA," CIMB said.

Overall, the research house has maintained a "neutral" call on the water treatment and services sector.

This is due to uncertainties on water tariff hikes, which would be guided by the formulation of a water tariff setting mechanism pending the review of the new National Water Policy (NWP).

However, there is rising optimism for the long term, with water sector drivers expected to emerge in the second half of 2019 (2H19), said the research house.

The restructuring of Selangor's water operations could catalyse government spending on the non-revenue water (NRW) and pipe replacement programmes.

More recently, water capex estimates include RM30 billion to be spent across a 30-year period in Selangor alone. Budget 2019's direct government allocation/grants also include non-migrated states and rural areas, and Sarawak's water supply masterplan ahead of its state elections in 2021.

"We believe smaller/medium scale water contracts are in the pipeline.

"For this, we believe the growth angle for non-revenue water specialists, engineering/consultancy companies and manufacturers of smaller diameter PVC-O and steel pipe should start to play out once water tenders regain momentum," it added.