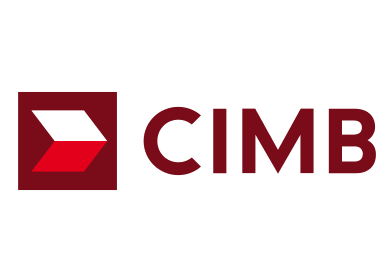 “We are exploring the undertaking and are looking to launch something subject to relevant approvals by this year,” Badlisyah Abdul Ghani, chief executive officer of the Kuala Lumpur-based Islamic unit of CIMB Group Holdings Bhd., the top sukuk arranger in 2014, said in a Jan. 22 interview. “We have a full range of Islamic products and services and this is the missing piece for us to become a universal bank.”

Islamic microloans account for less than 1 percent of such lending worldwide and greater participation will help spur growth in the $1.7 trillion Shariah-compliant financing industry, Badlisyah said. In Malaysia, where 36 percent of the 30 million people live in rural areas, the government is aiming to boost gross national income per capita to $15,000 in 2020 from $10,060 in 2013, as part of its 10-year development plan.

Microfinance, founded by Nobel Peace Prize Laureate Muhammad Yunus in Bangladesh in 1976, provides loans that are typically $5,000 or less to support enterprise and business. Pakistan, Bangladesh and Indonesia, among the 70 poorest nations out of 228 ranked by the U.S. government in 2013, are all pushing such financing to reach out to rural Muslim populations who might otherwise be denied access to banking services.

The Malaysian lender will offer a wide range of products including microsavings, microinsurance and advisory services, Badlisyah said. The bank plans to hire people for the new business, which will be labor intensive, require a different kind of skill set and involve “going to the ground,” he said.

“CIMB has the capacity and infrastructure to offer microfinance and take it to a new level,” Mohamed Azahari Kamil, CEO of Asian Finance Bank Bhd. in Kuala Lumpur, said by phone Jan. 23. “This is a move in the right direction and will help the needy as well as promote Islamic finance growth.”

Islamic microfinance complies with the Koran’s ban on interest by basing transactions on the exchange of goods, the leasing of an asset or the distribution of profits and loss. A person seeking to borrow to start a business, for example, may sign a contract to share a certain proportion of their earnings with the creditor.

There were 255 Islamic microfinance institutions around the world in 2013, with total outstanding loans of $628 million, according to a report from Kuwait Finance House, citing a survey by the Washington-based Consultative Group to Assist the Poor. About 70 percent of the providers were from East Asia and Pacific and South Asia regions, it said.

CIMB is moving into new areas after the collapse this month of a three-way merger with RHB Capital Bhd. and Malaysia Building Society, which would have created a lender large enough to win bigger sukuk deals from the likes of HSBC Holdings Plc and Standard Chartered Plc. Microlending will help spur Islamic bond sales because banks will need to raise funds for such initiatives, CIMB’s Badlisyah said.

Shariah-compliant debt offerings in Malaysia climbed 27 percent last year to 62 billion ringgit ($17.2 billion) and rose to a record 95.8 billion ringgit in 2012, data compiled by Bloomberg show. No sales have taken place so far this year.

Microcredit should be taken seriously by all governments as it’s very important in improving the social and economic well- being of rural and low-income people, according to Amanah Capital Group Ltd.

“The challenge is how to bring other financial institutions and banks to equally participate,” Abas A. Jalil, chief executive officer at Amanah Capital in Kuala Lumpur, said via e-mail Monday. Microfinance is viewed as “giving relatively smaller profits” and is higher risk compared with other types of financing, he said.

While acknowledging the risks, CIMB’s Badlisyah said the bank needs to “evolve” and will put in place a framework to manage defaults. The lender’s microfinance business will develop in stages starting at the higher end, he said.

Prospects for growth are good, according to AmInvestment Bank Bhd., Malaysia’s third-biggest sukuk arranger in 2014.

“There is potential in microfinance because Islamic banks have been focusing on bigger corporates and have not paid much attention in this area,” Mohd. Effendi Abdullah, head of Islamic markets at AmInvestment, said by phone Monday. “As long as the checks are in place, there’s no reason for microfinance not to see strong growth.”