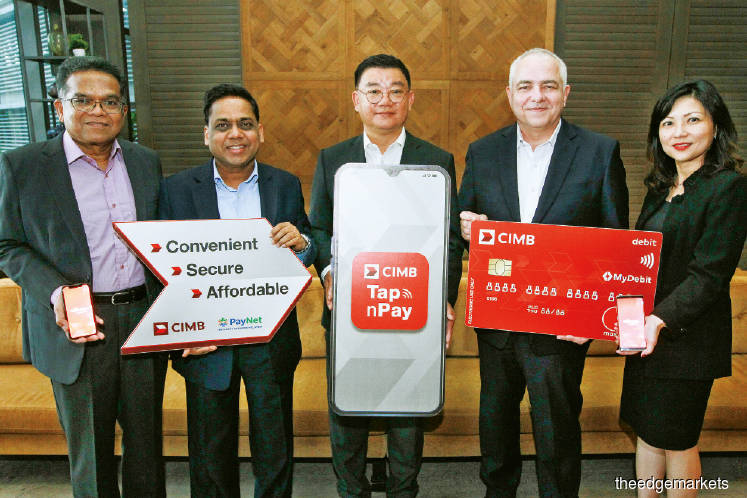 In a statement, the banking group said mobile devices are used as a payment acceptance terminal, which it deems a viable alternative to a conventional point-of-sale (POS) terminal, particularly for micro small and medium enterprises (SMEs).

“Together with PayNet, we are pushing boundaries to enable SMEs to benefit from two established strong brands’ market expertise to support their growth. This is well-aligned with CIMB’s Forward23 growth strategy to focus on technology and data by spurring digital innovations to benefit customers,” Lee said.

“The collective impact is these merchants’ pain point, associated with the cost of dedicated POS terminals, will be a thing of the past with this [new] solution,” said Schiesser.

CIMB Tap n Pay only requires a mobile device connected to a network, allowing merchants to send payment receipts via SMS or email.

With an end-to-end encryption, the transaction and customer data are secured. Merchants’ account e-statements are also available via CIMB’s portal.

The payment platform, downloadable for all android mobile devices, can be used anytime in Malaysia. Currently, it processes MyDebit transactions below RM250 without a personal identification number (PIN).

CIMB said it has plans for Tap n Pay to accept contactless transactions above RM250 with a PIN, as well as credit card and QR code-based transactions.