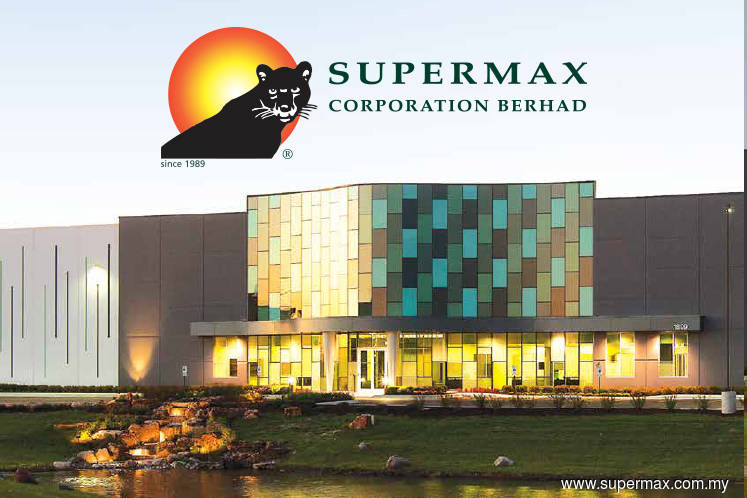 CIMB has placed a wider discount of 50%, from 40%, to the Malaysian glove sector average to account for reputational risk and further uncertainties, said its analyst Walter Aw in a note to clients.

Supermax said the court has granted a stay of execution and an appeal has been filed against the conviction and sentence.

“This is a negative surprise to us, given that this scenario is not inputted in our expectations. Although the insider trading charges are not related to Supermax directly, we note that Thai is a key management personnel.

“Currently, he holds the executive director and group managing director posts. However, we believe the stock has largely priced in this issue, as Supermax has traded at an average discount of 21.1% to its peers since he was charged in court with this offence on 15 Dec 2014,” Aw said.

He said although CIMB is of view that the company’s prospects are improving, while it should deliver strong earnings ahead, the incident would weigh down on its share price and create a share price overhang in the medium term.

"We gather that members of the group’s management team are all well-experienced in SUCB’s business and most of them have been with the company for more than 20 years," he added.

Meanwhile, Supermax chairman Tan Sri Rafidah Aziz said the group and its board of directors are “strongly behind” Thai.

She said Thai’s charge was related only to APL Industries Bhd and not Supermax, and that his lawyers have sufficient grounds to appeal on the conviction.