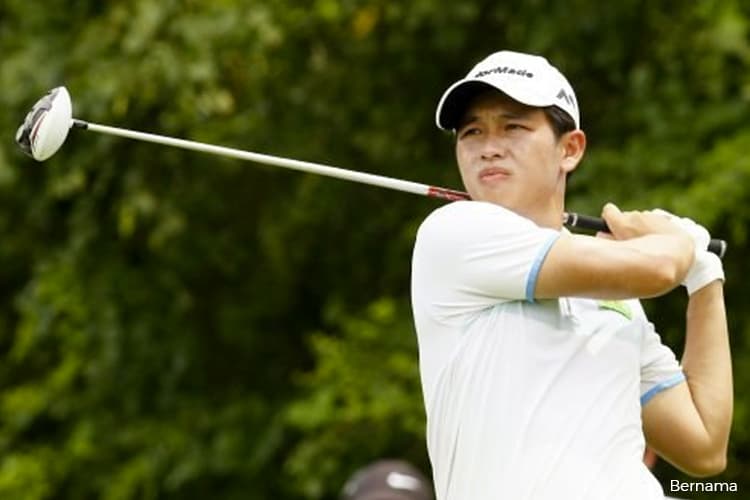 KUALA LUMPUR (Oct 12): Malaysian golfer Ben Leong continues his commendable performance at the 2018 CIMB Classic when he was tied in the 29th place, carding six-under-par 138 after two rounds at the TPC Kuala Lumpur West Course.

In the second round today, the 32-year-old Sabahan, who began from the first tee, had a better start when he was able to card birdies at the second and fifth hole compared to yesterday.

The world number 360 Leong, lost focus for a while when he suffered with a bogey and double bogey at the 10th and 11th hole respectively, but managed to recover with birdies at the 12th, 14th and 18th hole to finish with two-under-par 70 to share the 29th place with seven other players including world number 37, Kiradech Aphibarnrat of Thailand.

In the opening round yesterday, the national number two recovered from a slow start to tie in 20th place with five other players after carding four-under-par 68.

“I kind of lost my patience in the 10th and 11th hole, if not I could have done better there…But managed to get it back with a birdie on top. Maybe because this is my sixth tournament in a row, I am kind of tired,” the one-time Asian Tour winner said.

“If I had just kept my patience, taking the extra club with better course management especially on the 10th hole, I could have done better. I will change my game plan for tomorrow, definitely on the 10th and 11th hole, that is where I struggled today and yesterday,” Leong added.

This is Leong’s second CIMB Classic appearance since he was placed 64th among 78 players in his debut in 2015.

Meanwhile, another Malaysian on the field, Kim Leun Kwang, failed to improve his performance when he stood at the bottom of the leaderboard with an eight-over-par 152 total.

The 23-year-old who received the berth to play in the PGA Tour sanctioned tournament as the 2018 CIMB National Champion, started well with three birdies in the first three holes, but ended up carding three bogeys and two double bogeys to repeat yesterday’s feat of four-over-par 76.