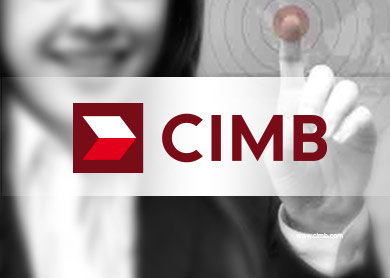 CIMB, which is in the midst of a merger with RHB Capital Bhd and Malaysia Building Society Bhd, said in its quarterly results note that net interest income, which rose 4.8%, was partially offset by a 6.4% decline in non-interest income due to softer treasury and markets as well as lower fee-based income from CIMB Niaga.

It attributed the lower earnings to challenging operating conditions in Indonesia, the weaker rupiah and weaker capital markets.

Excluding the exceptional gains from the sale of CIMB AVIVA and restructuring charges in the previous nine-month corresponding period, the fall in the group’s net profit was smaller at 7.4%, said the banking group.

Meanwhile, the wholesale banking segment, which reported a 12.8% y-o-y drop in PBT to RM1.77 billion – due to slower equity and wholesale markets – accounted for 44.8% of group PBT.

Within the wholesale banking segment, the investment banking division’s PBT fell 86.5% y-o-y to RM21 million for the 9M14.

As such, the group’s loan to deposit ratio increased to 93.5% compared with 87.1% in the previous corresponding period.

As at Sept 30, CIMB’s gross impairment ratio improved slightly to 3.3% from 3.4% a year ago, while its cost to income ratio also stood marginally lower at 57.8% versus 58.1% in the previous corresponding period). Net interest margins remained unchanged at 2.86%.

While CIMB expects the near term outlook in Indonesia to continue to be challenging, it said “CIMB Malaysia should maintain steady growth, while CIMB Singapore is expected to maintain a positive momentum.”