Choose either PAS or DAP to work with in Selangor, says Pua 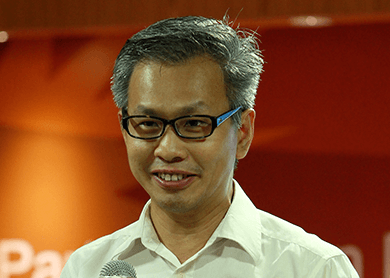 State DAP chief Tony Pua said he agreed with PAS information chief Datuk Mahfuz Omar’s suggestion that Azmin choose who he wanted to work with in the state: PAS or DAP.

“PAS wants Azmin to choose which party he wants, DAP too shares the same view. So, we leave it to Azmin to decide.

“DAP will talk with Azmin to see what is his position,” Pua told reporters at the Parliament lobby yesterday.

The Petaling Jaya Utara federal lawmaker said it was unlikely for DAP, PAS and PKR to meet to discuss their relationship in

He also shot down any possibility of DAP and PAS putting the current acrimony behind them.

“How do you want us to reconcile? Unless PAS holds another muktamar and retract its resolution to cut ties with DAP,” he said.

He conceded that the current imbroglio should not continue as it would affect Pakatan Rakyat’s chances in the next general election.

The decision has thrown the fate of the Selangor government, where PAS has 14 seats, DAP 15, PKR 13 and BN 12, into uncertainty. — The Malaysian Insider